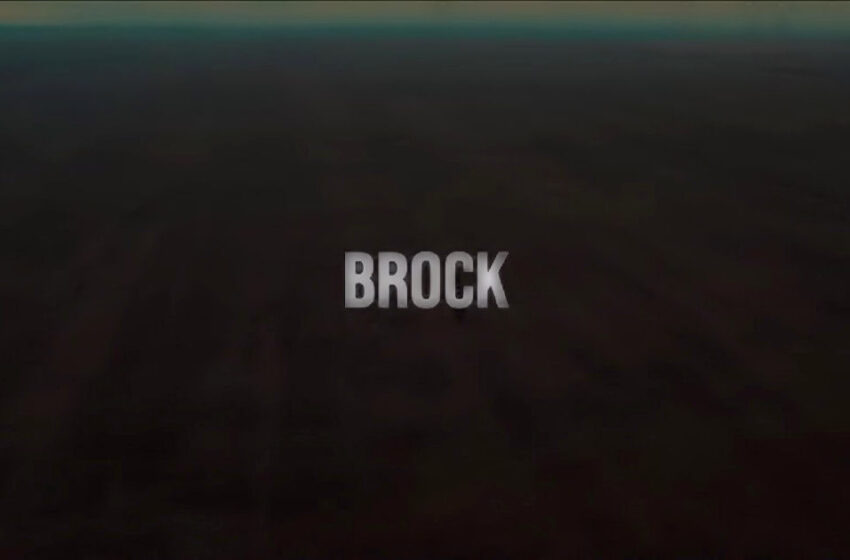 You know…it’s funny…I saw the horses show up in this video and you know what my first thought was?

“Makes sense to me, horses are about the only method of transportation I haven’t seen in a BROCK video so far…” and happily went right back to watching & listening to this slice from his F Concept record like it’s just something I experience all the time, lol, which it most certainly ain’t.  I mean, we DO feature this guy here on our pages quite frequently & all…but what I’m saying is talent like he’s got doesn’t just come along every day & that’s a fact.  You start to nearly take it for granted when you’re a huge fan of what BROCK can do & are familiar with his catalog of tunes…like anything else that consistently produces greatness in whatever form you find it, you almost start to expect it after the high standards are continually met & exceeded time after time.  Track after track in BROCK’s case, everything I’ve heard from his album F Concept where “Bustang” comes from, and his record Without Boundaries, and beyond – it’s all been verifiably awesome to listen to and proven this dude to be one of the most reliable and entirely bulletproof artists/producers to be found out there in any corner of the music-scene today.

Essentially, there is next to no difference at all when it comes to the quality you’ll find in the music & sound of his first two records so far, and BROCK has all the plans to go on to dominate the world with the full confidence & skill it takes to actually MAKE IT HAPPEN.  “Bustang” is as solid example as any of how his technique & natural skills have combined to make the man into a juggernaut in Electro already early on his career, with a selection of sounds that continuously bounce, sparkle, and leap from your speakers in a variety of sensational ways.  From the inherent melody he’s capable of generating, to the smart choices he makes in his shape-shifting designs & atmospheric elements of his own signature style – BROCK has been puttin’ on a production clinic over these past couple years with no signs of slowing down any time soon.  If anything, the rumble I’ve heard by keepin’ the ol’ ear to the ground is that he’s ramping up a stockpile of a whole bunch of new material while he’s been out here in the wild west of the internet promotin’ the tunes from his last records…I’d be checkin’ in on BROCK over the course of 2021 to make sure you’re not missing out on anything, because if you like ONE thing by BROCK, you will assuredly like EVERY thing by BROCK.  Don’t get caught sleepin’ when we’ve been tryin’ this hard to wake ya up!  If the question is Electro, and your answer ain’t BROCK, then you’re gettin’ it wrong & that’s facts.

There’s a great mix of tension, drama, and smooth intensity that flows through the vibes of “Bustang” that are guaranteed to keep ya fully entertained.  And there are horses in the video!  Did I mention that already?  Oh!  I did?  Well alright then…I still stand by that – there are horses in this video, and they’re everywhere!  Because why NOT horses folks?  Bet you never thought of that now did ya?  If you can ride on it, or in it, chances are BROCK has fit that into a video somewhere along the way – it’s almost surprising that the king of branding here didn’t sear his name into the side of one of these magnificent stallions, but clearly that’s because BROCK has some goddamn respect for animals, people!  What kind of monster did you think he was?  He’s a beast behind the studio boards, but he ain’t no monster y’all – clearly he loves animals like all of us do.  I mean, he did, after all, give the horses the starring role in this video, didn’t he?  Sure there are some humans in the shots as well, but they come in a distant third on the scale of entertainment to be found here, long below the top two spots occupied by the horses, and the music, respectively.  Alright…clearly this posting is going off the rails – blame BROCK, not me – he keeps making music I wanna listen to, and I keep writing about it…eventually, all roads lead to this point here where we gotta get a lil’ weird with it all to keep it fresh & interesting for all you folks reading out there right?  As for the listening part & the watching as well – BROCK’s never gonna disappoint ya in that regard, he’s always got something in the mix from the screens to the speakers to keep your attention locked in place, and “Bustang” is another solid contribution to the legacy he’s been building piece by bulletproof piece.  Check out anything & everything this guy does – he’s 100% audible awesomeness.

Make sure to check out BROCK’s spot at Bandcamp here:  https://brockdontstop.bandcamp.com