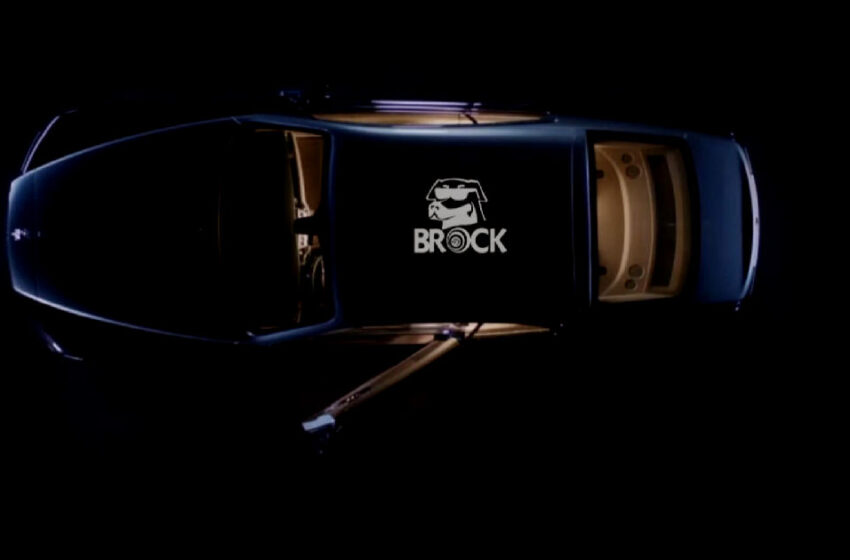 Well, well, well…what DO we have here BROCK?

Aside from his single “BADASS” released earlier this year, technically we started listening to BROCK post-release of his first two records, Without Boundaries and F Concept – which makes this cut “ANUBIS” the second track that gives us some insight into the future of what’s to come & what this Electro wizard has been up to.  SOME is indeed the correct word in this particular case…this is the first time the man’s ever given us a SAMPLE.  A mere taste…a trial ninety-seconds or so…and…I mean…while we’ll all certainly take what we can get, in a world that’s been clamoring for MORE BROCK instead of less…let’s just say this was an unexpected choice/stellar surprise.

Still…y’all gotta build the hype out there for what’s to come…in that respect BROCK is doing what BROCK does & does well – the man’s every bit as much of a master of promotion as he is at the studio controls.

And I don’t wanna be braggin’ here or anything, but I’ve got about…hmmm…roughly about two-minutes & ten-seconds more of this sweet-ass digital sound pulsing through my speakers here than you do right now – the full-length cut of “ANUBIS” is almost 3:45 long.  What’s got him puttin’ out a sample-sized dose of his audible awesomeness this time around is anyone’s guess – all I can do is confirm that yes, as you would expect, BROCK does indeed continue to go on to conquer the rest of what you don’t hear in the video with just as much killer sound pulsing from the lefts to the rights.  So keep your eyes & ears peeled wide homies…at some point, on one of his million pages out there, I’d imagine you’ll find the full-length version of “ANUBIS” poppin’ up along the way.  For now – we’re all in the same boat until that time – we get what he gives us, and if a small sample is what we get, you still won’t find me complainin.’

From the murk & mystery of the haunted woods, to the slick & sleek slow-motion action & rips through the streets – “ANUBIS” carries the cinematic feel to his visual style perfectly – even though this is a 90+ second experience, you’ll be pleasantly surprised by how much you get onscreen to go with it.  There are so many great things that can be said about BROCK and what he’s been up to for the past several years when it comes to the music he’s making – but you gotta give the man equal credit for finding impressive ways to tackle his videos as well and give them all a cohesive look to match the vibes he’s rockin’ with.  BROCK puts in the work…there’s no doubt about it…and if he’s willing to put out a short clip like this, you can be assured that’s only a piece of what’s to come; as far as I know, he’s got plans to hit 2021 harder than ever before, and with the dedication, commitment, and killer ideas he puts in time after time…good lord…chances are that NONE of us really know exactly what we’re in-store for this year.

Also in the realm of sample-sizes…he’s got a handful of cuts available for ya at Bandcamp in time for this upcoming special sale to support the scene tomorrow on March 5th – be sure to check him out and claim a few tunes for yourself so that you can keep BROCK rockin’ for many, many more years to come.  Find BROCK at Bandcamp right here:  https://brockdontstop.bandcamp.com