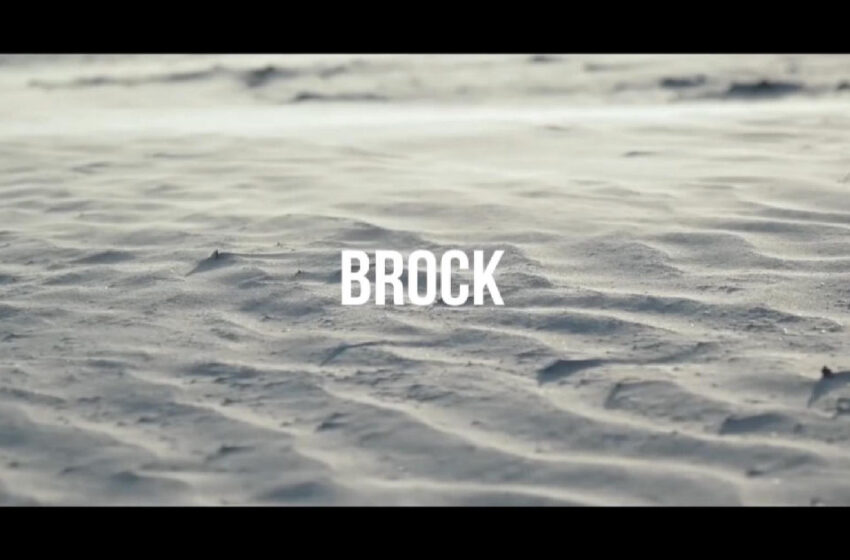 This dude is always up to something, you gotta love it.

In fact, if you were to look at the man’s page at YouTube right now, you’ll see all kinds of audio & visual awesomeness already scheduled & set to premiere throughout the month.  No one out there knows too much about the man behind the music when it comes to BROCK…all I can tell ya for sure is that he likely sleeps even less than I do personally, which pretty much means he’s squeezing in mere minutes a day.  And rightly so!  I’ve said many times here on our pages over this past year that if I had this guy’s talents I’d be in the studio day & night and no one on earth would hear a word from me other than in the form of new tunes.  The point is…I don’t think it’s simply isolation that has BROCK working around the clock – he gets that it’s go-time for his music & career, and just like he’s demonstrated through many of his videos with speeding cars ripping through the city streets at night – this dude has the pedal to the metal.

While this single “DALIFORNIA” is yet another slice off of his record Without Boundaries from last year – it’s also perhaps even a bit more relevant right now than it was upon its initial release, in terms of where BROCK is heading to next.  For the vast majority of the singles & videos we’ve featured here at our pages by BROCK, if not all, from “DISKER” to “DAAB” to “DINGRAY” and everything in between that we could get our hands on here at SBS, BROCK’s been essentially all-instrumental Electro jammin’ it up without a word in sight.  “DALIFORNIA” makes stellar use of both vocals and the editing OF those vocals, adding in a twist to the overall sound as a result, generally making this particular song one of the rarer in his catalog…to-date.

I’ve got some wild messages in behind the scenes here that indicate the word on the street is that BROCK has got himself a brand-new voice behind the microphone, and together they’re currently working on an all-new album.  All I can say is that I hope the new recruit has got his Jordans on and a whole lotta coffee onhand…trying to keep up to the speed of BROCK requires the ability to sprint an entire marathon and likely stay up for days to strike while the iron is red-hot creatively – best of luck to ya new guy!  In the meantime, “DALIFORNIA” gives us a bit of insight as to how that might all go down and sound when things are all said and done – and truly, even without the vocals on this tune you’d probably feel just like I did about this single and recognize it as one of the more diverse cuts in his catalog even on a strictly musical-level.  The vocals are the icing on the cake here in this experience, for me, and just as likely for you – presently, they’re still the rarity to be found in BROCK’s music and likely to be a massive part of what has the people out there turning up “DALIFORNIA” for the uniqueness it adds to his sound & the growing legacy of his entire body of work so far.  Impeccably designed as always – “DALIFORNIA” is as cool as ice & hot like wasabi y’all – and all at the same time; because of course it is – BROCK is as synonymous with quality cuts as an artist/producer can possibly be, and he’s done nothing else but prove it 24/7 around the clock since we first started listening last year.  From the sounds of things in behind the scenes here…his journey is still just at the very beginning and this adventure is so very far from over…the excitement is building, the anticipation for that next record is already at a fever pitch…the man has nothing but green lights & good times ahead of him for miles & miles as he surges through the Electro circuit and dominates the scene.  “DALIFORNIA” will give you a glimpse into what could be part of the blueprint for the next phase to come – we can only guess until that new record is out – all I can ever tell ya is what I told ya at the start – he’s always up to something.