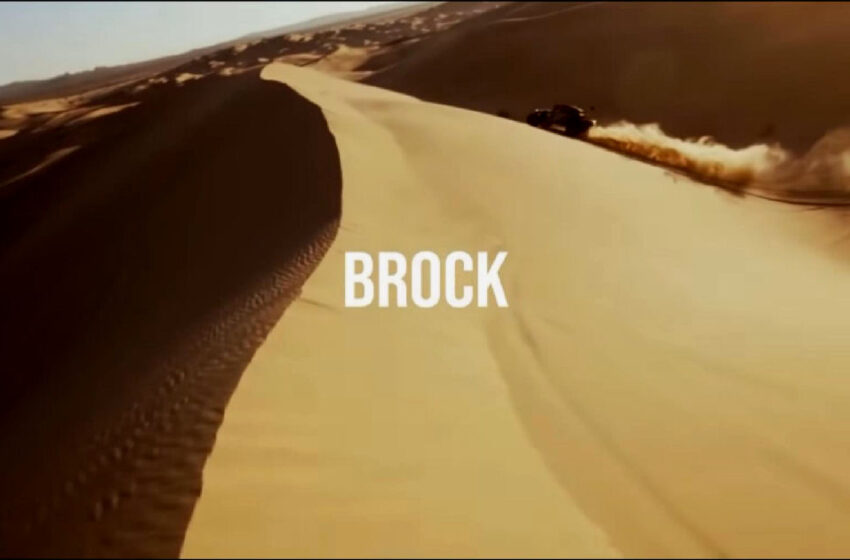 Well holy shiznat would ya look at that – BROCK’s rockin’ for eight-plus minutes on “BUCKIT” this time, after dropping a sample-slice on us all last time we featured him up on our pages with a clip of his cut “ANUBIS.”  Our hero of CAPITAL LETTERS and all-out audible awesomeness returns once again here in March with an epic track from his Without Boundaries record from last year, complete of course with the ol’ complementary visuals as spot-on as always as BROCK keeps the entertainment flowin’ 100%.

I’ve said it before and I’ll continue to say it loud & proud – BROCK’s out-hustling the rest of the scene by a clear desert mile, racing his way towards success with every step forward he makes in his career.  There’s no question that the moves he’s been making have been stacking up well in his favor; we’re not the only ones that have caught on to BROCK, believe that – you can visibly see this dude is stackin’ & rackin’ hits from all over the globe on his music & videos now, and rightly so – he’s fucking gifted.  If you’ve been reading these pages of ours and stopping by to see what’s fresh at SBS, you’ve seen the name BROCK appear all over the place here – the man’s been pushing his tunes out there to the borders of the scene & back again, making a significant push to the top over this past year & establishing his name in the game firmly.  “BUCKIT” is simply proof that he can take the incredible skills we know he has & stretch them out into an even longer adventure that we’re all more than willing to take the ride for.  MORE BROCK?  Yes, yes, and always YES – “BUCKIT” pretty much seals the deal on one of the only things any of us might have had questions about, which would have been how long the dude could rock for on a song…with this single, he’s basically proven that he can flow flawlessly through longer tracks with all the professional quality & stylistic swagger that makes his shorter tracks every bit as addictive.  Like I said – you get MORE of BROCK on “BUCKIT” – and if you’re a fan like I am, that’s a damn good thing.  In general, you get MORE when you’re riding with BROCK no matter what the situation is – whether it’s more bang for your buck through the visuals being so slick, or the level of enjoyment being through the roof in listening to the stellar sound-selection & production he’s working with, or if you simply dig on the fact that he’s so busy drivin’ circles around the rest of this planet like I do – he’s always got something goin’ on that’s well worth your time in paying attention to & quite likely, turning right up to the rafters.

“BUCKIT” is more of what we love from BROCK in all forms – as flawless as we know the man to be from the lefts to the rights, and spreading out the vibes over eight-minutes of good times to be had by all who listen & watch…entertainment is clearly second-nature to this man, and production is priority number one.  I have it on good authority that he’s out there in the lab…probably right at this very moment even, concocting up new “BADASS” material to come soon – but until that magical day comes along, you better believe I’m more than happy to turn the entire first two records from BROCK up as loud as my volume will go.  He’s a master of his craft, and “BUCKIT” is further proof that this artist truly can’t lose.

Listen to more music by BROCK at his official page at Spotify here:  https://open.spotify.com/artist/6JOvkv3t1DPGApQMH3jAFR