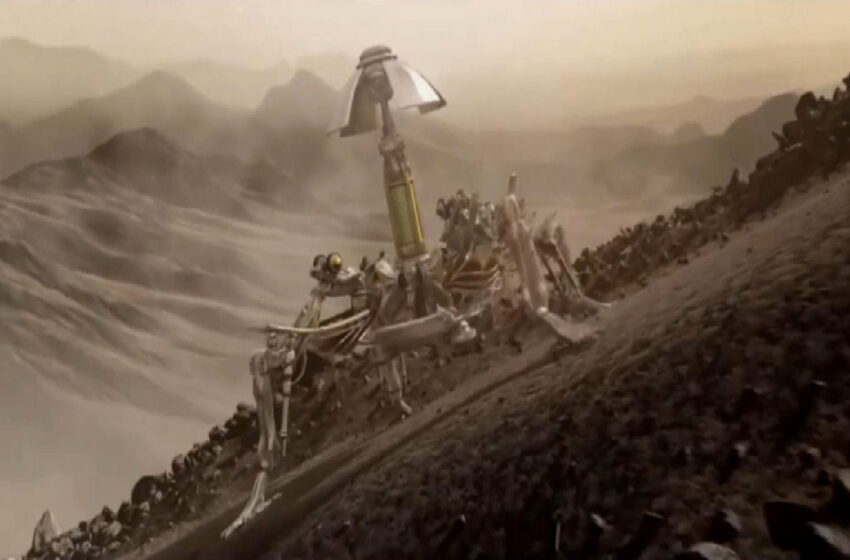 In case anyone’s wondering, the ‘F’ in “F Concept” stands for ‘freakin’ GENIUS’ as far as we’re concerned.

But by now you know that…if you’ve been reading these pages of ours over the past couple months in posting up BROCK‘s latest cuts & videos, then you’re well familiar with the fact that I’ve been in this dude’s corner from the moment I heard what this Electro-chef has been cookin’ up.  And here we are…now something like six or seven videos deep into this incredibly talented guy’s catalog of cuts…and apparently, somehow he’s saved one of the best for last!  At least on a visual level…there’s no denying that literally EVERYTHING that BROCK has been pumping out into the universe has been pure gold, but as much as we dig on the slick & stylistic way he’s put his latest vids together…I mean c’mon now, he’s enlisted the supreme animated talents of Richard Mans in collaboration for his title-track from the 2019 album F Concept, and it’d be really damn hard to argue that it doesn’t give this single every advantage it needs to stand out from the rest for all the right reasons.  Utilizing the short film “Abiogenesis” for the visuals, you’ll find not only is the look a perfect fit that completely suits the vibe 100% – but the animation is absolutely spectacular in every conceivable way…from the creativity & uniqueness it has, to the colorization & imagination you’ll see onscreen – this is the kind of pairing that undeniable hits the mark like Robin Hood splitting the arrow.  BRILLIANT all-around, full-stop.  When the low-end groove kicks-in, it’s so audibly MEAN and fully badass I keep turning my volume knob up way past where my neighbors would probably like to have me set it.  BROCK never fails to entertain one way or the other, but this is definitely a perfect example of both elements, audio & visual, firing at the all-star level this guy’s music truly deserves, no question.  He’s wowed up with tracks like “DISKER” and “DINGRAY” from this same very 2019 record in the past this year – and from what I’ve been able to see online, tracks we’ve already posted up “BEEP” from his latest album Without Boundaries in 2020…the man’s makin’ incredible moves that count with his music & career – and there’s no doubt whatsoever that BROCK has been generating a huge buzz online for all kinds of completely justifiable reasons.  Dude just crushes Electro from the moment he starts to the moment he stops…it’s what he does – prepare thyself to get BROCKED – behold “F Concept” featuring Richard Mans’ short film “Abiogenesis” below!