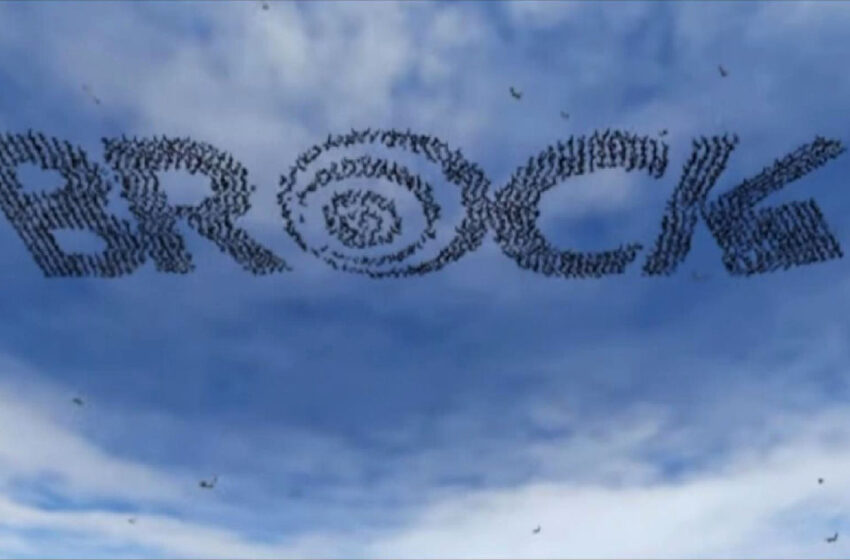 As we’ve been alluding to many times over the past year in posts of his videos like “F CONCEPT,” “DAMARO,” and even more recently in his first video release of 2021 with “BEATAH” – this man has a grip on Electro in ways the vast majority of other producers never will.  Not saying there aren’t a whole lot of great cuts out there in the genre and its million sub-genres – I’m just saying that as far as the overall average of consistency & quality ideas are concerned, BROCK has been proving he’s second to none, and willing to settle for nothing less than the very best when it comes to making his music.  Pound for pound, beat for beat, BROCK loads more depth & dimension from the lefts to the rights in a single track than most bands or artists are capable of putting into a complete album; he’s the Electro-entertainer in-chief on this planet of ours lately without question, and he’s clearly showing zero signs of taking his foot off the gas anytime soon now that the momentum is rolling and the enthusiasm, buzz, support, and love for his music has been constantly flooding in to check out what he’s up to next from every corner of the globe.  He is undeniably as “BADASS” as “BADASS” can be – I didn’t need a song to confirm that for me, but yes, I WILL happily take one, tyvm.

As a highly capable artist/producer with many skills, we’ve experienced many different gears & modes in the hybrid sound that BROCK creates, blending the worlds of EDM & IDM together as one.  Every so often, he’ll lean a bit more towards one side than the other, and when it comes to “BADASS,” you’ll find the man mixin’ it up with a beat guaranteed to get the body movin’ – this new single pumps out enticing EDM at ya from every angle.  Ever the professional, the flawless assembly and fluid flow of the structure & design wastes no time and keeps the audio entertainment comin’ fast & furious, slappin’ your speakers with sound that’ll keep the party goin’ long & strong from the previous night to whatever the heck time it might be now…likely even days later…  That’s the effect this dude’s music will have on ya – he’s mesmerizing, hypnotic, supremely skilled, and on the cutting edge of the Electro genre all-around – it might be digitally based & all, but it’ll be entirely natural for you & just about everyone you know to get lost in the world of sound BROCK creates and never want to return back home.  In full-on party-mode, “BADASS” has BROCK rockin’ it from start to finish with flashy moves and catchy vibes that will have you reaching for that volume yet again to turn this man’s music straight up to the rafters where it belongs – no matter which style, sound, or approach he’s working with, he produces superior results.

As to why he’s got music disappearing online from the regular spots we know of…we’ll have to check into that and find out what’s up – but what I can tell ya is, where I used to know to find records like Without Boundaries and F Concept, I now see new music, and older tunes I didn’t know about – so maybe BROCK is just mixing it up a bit.  DON’T panic…at least for now – he’s probably just shuffling the deck around online a little bit to make room for all these incredible cuts he’s been creating & plans to make.  MAYBE…just maybe…he’ll finally have his records up on Bandcamp this year so we can all grab a copy, you know, like say, before the upcoming special on February 5th…can you imagine how cool that would be?  Like, we’d all be telling BROCK’s tales of heroic audio awesomeness to our grandchildren’s grandchildren & shit…just sayin.’  Anyhow!  Hopefully that happens *cough *cough.  This guy’s constantly making moves that matter both in front of & behind the studio boards, and always cookin’ up something new & killer in his lab – music might come & go, time will tell on that – but one things for certain, he’ll never leave you in short supply of pure entertainment.  He’s a verifiable “BADASS,” a proven master of digital variety, and a straight demon on the decks – and he’s given us every reason to believe he’ll be dropping BROCK rockin’ beats for many, many years to come.