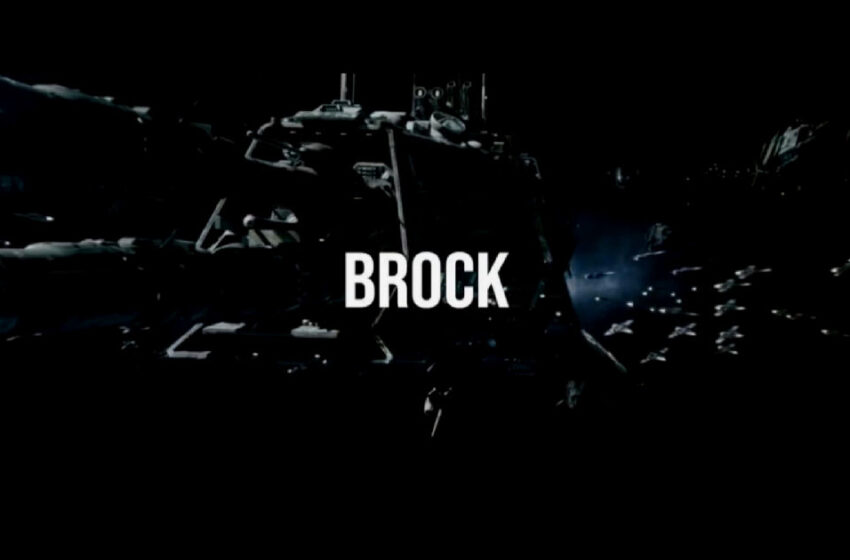 This dude is every bit as addicted to sheer sound as I am, and I am freakin’ HERE for it.

From about October of last year, we’ve been chronicling the audible adventures of Electro-artist BROCK over the course of a whole series of singles & videos he’s been putting out to support the songs of his latest records F Concept (2019) and Without Boundaries (2020).  Time after time, no matter what the dude seems to do, or what buttons the guy seems to push, he has been making incredible decisions from the speakers to the screens, and setting himself clearly apart from the rest through immaculate attention to detail and his own cunning instincts.  With production skills that are off the charts, and creativity that truly stands out for all the right reasons – BROCK has proven over & over that he knows exactly how to entertain the people out there and rock this planet of ours from one side of the map right to the other.

He’s rocked the city streets before in singles like “BEEP” and “BHEVY” – and he’s revealed his darkly beautiful visual aesthetic through cuts like “DAHOE” and “DAMARO” as well; even though each video & song of course offer ya something different than the last, when it comes to the look to suit the sound, BROCK has always found an insightful pairing onscreen for you to watch while you’re listening to his latest jam.  I’m not sure if BROCK has just simply run out of space on this planet of ours that he hasn’t rocked yet or what, but the video for “F CONCEPT” took him right into an otherworldly adventure altogether in a collaborative effort with animator Richard Mans, and now BROCK is blasting himself off into space for this audio voyage sliced from the set on Without Boundaries, that he’s calling “DAAB.”

Another highlight example of BROCK’s inherent versatility & supreme ability to combine the realms of IDM & EDM together as one – there’s zero doubt that the digital catchiness of “DAAB” is certain to move bodies to the dance-floor just as much as it’ll move the gears in the mechanics of your mind as it plays.  With a sparkling selection of stunning sound that’ll bounce straight outta your speakers and into your face-holes, “DAAB” is further proof of BROCK’s impressive ways of captivating the mind every bit as much as your ears, cleverly using his production chops to make a memorable impact by not only making smart choices in the structure & design, but also with the cutting-edge sounds he chooses to rock with.  The results end up speaking vibrantly on their own behalf – “DAAB” is a riotously addictive cut that’s built on strength after strength, from the skills required to pull it all off, to the supreme textures & tones the dude is capable of creating.  Combined with the interstellar battle scenes that dominate the screen for a huge WIN with the video supporting “DAAB” – there’s no question that BROCK continues to thrive & excel in his craft, providing multiple gateways into his music through brilliant visuals & hypnotic vibes.

As I’ve explained many times on these pages of ours, BROCK just gets it in ways that most don’t, and it always shows in the music he makes.  Whether you’re dedicated fans of Electro, part timin’ it, or it’s not even your thing – he’s an artist Without Boundaries for a reason – and it’s because of that, the flexibility in his style, and the relentlessly interesting tunes he’s putting out, always stand an incredible chance of reaching a widespread audience both inside & outside of the genre.  While I’d love to tell you “DAAB” is the best I’ve heard from BROCK – it’d be much more accurate at this point to simply say, “what ISN’T?” – every time this guy pushes the record button he creates straight Electro-fire & digitalized melodic magic you can’t help but enjoy from start to finish.  “DAAB” thumps, pounds, and slaps with supremely vivid sound and endlessly impressive skills on display – a clear indication that BROCK is in for another amazing year as he continues to break his way into the Electro-scene & establish his name in the game as the go-to source of reliable high-quality entertainment & he finds his way to the #1 spot where he belongs.