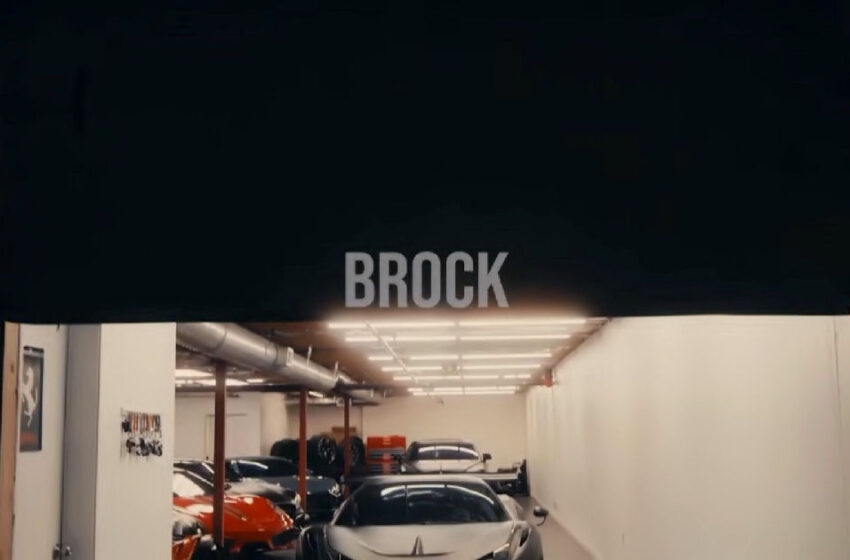 Life in the fast lane y’all…does BROCK even know any other way to live?

If you’ve been watching the slick & stylistic series of videos that BROCK has been dropping online over the past year or so, then you’ve seen his ability to pair the most ballin’ highlights of the good life with spectacularly radiant EDM sound – and he’s doin’ it once again on his latest, “PARKIT,” a stellar cut sliced from his most recent record Without Boundaries.  Think of it all like a distant relation to The Fast And The Furious franchise…only when it comes to BROCK, it’s more like The Bold And The Beautiful – you’ll hear the ferocity of his production skills without question, and he’s always got some sort of stunning combination of scenery on display to keep ya entertained, just like you’ll see in “PARKIT” with its high octane vehicles rippin’ up the road and gorgeous people onscreen on their way to…hey…wait a minute here…McDonalds?  Well shit – supersize the start of this week on your Monday morning here, and turn this the fuck on up!

I get it, I get it…pullin’ on into the drive-thru at the end for some hot fries & a cold drink probably seems like a real strange move to some of you out there now doesn’t it?  Well folks…a lot of people out there really thought it was weird when good ol’ Shaq yelled “I’m going to Disneyland” at the end of winning a championship too…until the world realized just how smart the guy was & how many endorsement deals he picked up just by saying that one thing on live TV.  Not only is BROCK livin’ in the fast-lane himself & constantly makin’ “BADASS” music around the clock 24/7 – but he’s also choosing the right lane to drive his music forward in this year, specifically targeting the commercial world – and hey, good on him!  As content creators and entertainers, you’re all looking to ultimately share what you do with the rest of us out here listening – and the more places you can do that through, the better off you’re gonna be.  So many artists & bands out there rocking instrumental-based tunes or Electro cuts tend to just leave it all sitting dormant on a couple pages out yonder on the internet hoping it’ll just somehow take off on its own…but if you’re really thinking about the future and getting your music out into the world by ANY & ALL means necessary (Pro Tip – you SHOULD be) – then you handle your business like this man BROCK here has been.  He’s already created multiple pathways to huge success, and the results are continually paying off already…essentially the dude’s generating a tsunami of buzz surrounding his music and for plenty of good reasons, many of which we’ve posted up here like “DAMARO,” “BEATAH” and “GLIDE.”

For “PARKIT” – not only do you get the insanely addictive mix of musical mayhem & digitalized madness he creates so well – but he’s also added vocals into this cut as well!  Alright…it’s probably NOT what you think…and damn yo, it’s even a little on the X-rated side for some of the prudes out there…but for the rest of us out here vibin’ on BROCK, it’s the perfect complement to all of what’s already been going so incredibly RIGHT for this artist all along.  BROCK’s wisely choosing a solid lane to drive his music over the finish line this year and straight up to the top of the charts – and by making extremely smart choices like you’ll see in the flashy video he’s put together to support “PARKIT,” you’ll realize he’s thinkin’ on that all-important next-level and willing to put in the work required to have his cuts featured all around the globe through a variety of means.  Every move he’s makin’ is another wild step forward, supported by nothing less than shockingly high-quality sound and dynamically genius ideas like you’ll find on “PARKIT” – and with every track he releases, he creates another opportunity and open door for his future success.

BROCK has officially landed at Bandcamp!  Find him here:  https://brockdontstop.bandcamp.com