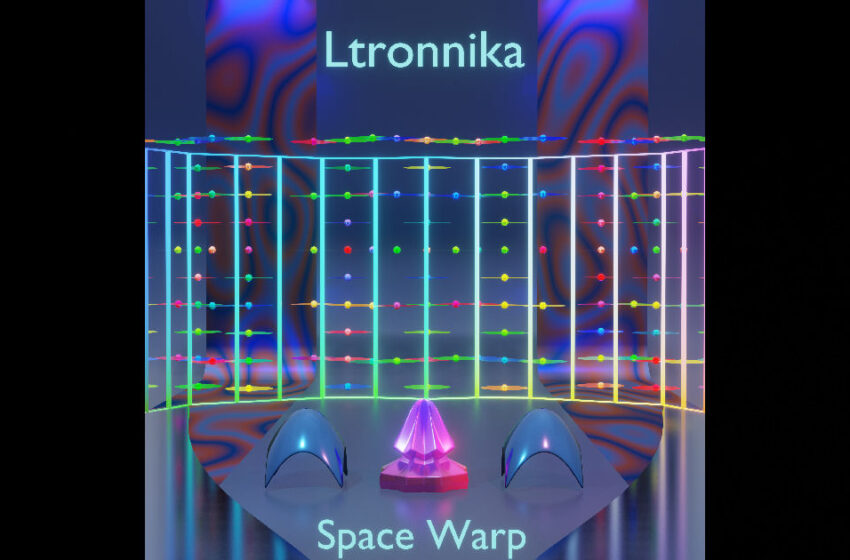 Some folks stay so fresh in my mind that it can be really hard to process the fact that it’s actually been years since we last featured their music on our pages – just like this Electro-based artist right here, known as Ltronnika.  Technically, we started listening to Ltronnika back in 2019 with a single called “One Fine Day,” but the last track we checked out and posted about on our pages was called “Alien Jungle” – and that somehow ended up being in November of 2020, practically two years ago now!  In between those two singles you’ll find a whole bunch of others…Ltronnika was making music at a rapid pace as this mysterious project continued to break out into the scene.  I feel shocked that it was already nearly two years ago since we last checked in considering how memorable this artist became so quickly – and I’m equally shocked at the fact that I still know absolutely nothing about whomever is behind the music itself!  I know just as much as I did about all that as I did when I first started listening, which is oddly kind of impressive too – in this day & age of social-media, it can seem like we know a lil’ something about everybody’s business to a degree…yet a mystery Ltronnika still remains to this very day we’re in now.

It would appear that, after about a year away, Ltronnika has recently resurfaced online with a host of brand-new tunes.  “Summer Moon” was released about three weeks ago…”Nighthawk” was two weeks ago…and now we have “Space Warp” which is still fresh on the inside of a week right now.  Safe to say that Ltronnika has fired-up the Electro circuits in the studio lab once again & has the machines running, recording a bunch of new material to keep ya entertained.  If the past is any kind of indicator for the present, then trust me when I tell ya – there WILL be many more songs to follow the three that have just recently been put out there online…Ltronnika doesn’t tend to only show up with one tune, but usually with several.

What’s actually kind of really amazing to me, is that it’s not so much any one particular single that’s the defining reason as to WHY I remember Ltronnika – it’s the body of work and signature sound as a whole.  Even now, nearly two years later, the stylistically slick brand of Electronic music this dude creates still has that tangible vibe we can all recognize – and ultimately, that a great thing.  Even in the case where no one song really stands that far above the rest, the fact that we know we can always rely on Ltronnika to create consistent cuts that we’re all bound to enjoy on a universal level – that’s awesome!  Does “Space Warp” jam?  You bet it does!  And that’s what I’m tellin’ ya I suppose…while there’s a slight evolution in skills, sound selection, and the production as time marches forward, there’s a consistency you can count on with this Electro project that never lets you down; if you like one track from Ltronnika, I can virtually promise ya that you’ll absolutely like the rest in the catalog every bit as much.  How often can you say that about anyone’s body of work?  I’ll tell ya directly – it’s rare – but that is indeed the case when it comes to this particular artist…sonic consistency remains the key, and “Space Warp” is more confirmation that the high standards we know and love are still in full effect.  I dig it y’all…the fluidity in Ltronnika’s music is always superb to experience, and that remains to be true with “Space Warp” – this whole track not only stays fresh the entire time, but it just flows & flows seamlessly.  Great melody in the mix for ya, solid structure, vibrant sounds…”Space Warp” really contains everything you’d want to find in Ltronnika’s tunes, and keeps the consistency of the catalog a priority without it feeling like that’s the main goal.  It’s just something that happens naturally I figure, albeit by the most digitalized means of course…but you get it – Ltronnika’s got a knack for this Electro music thang, and it always works like a charm.

Listen to more music by Ltronnika at Spotify here:  https://open.spotify.com/artist/0oHB1AxdEWow5kDBk55nfD