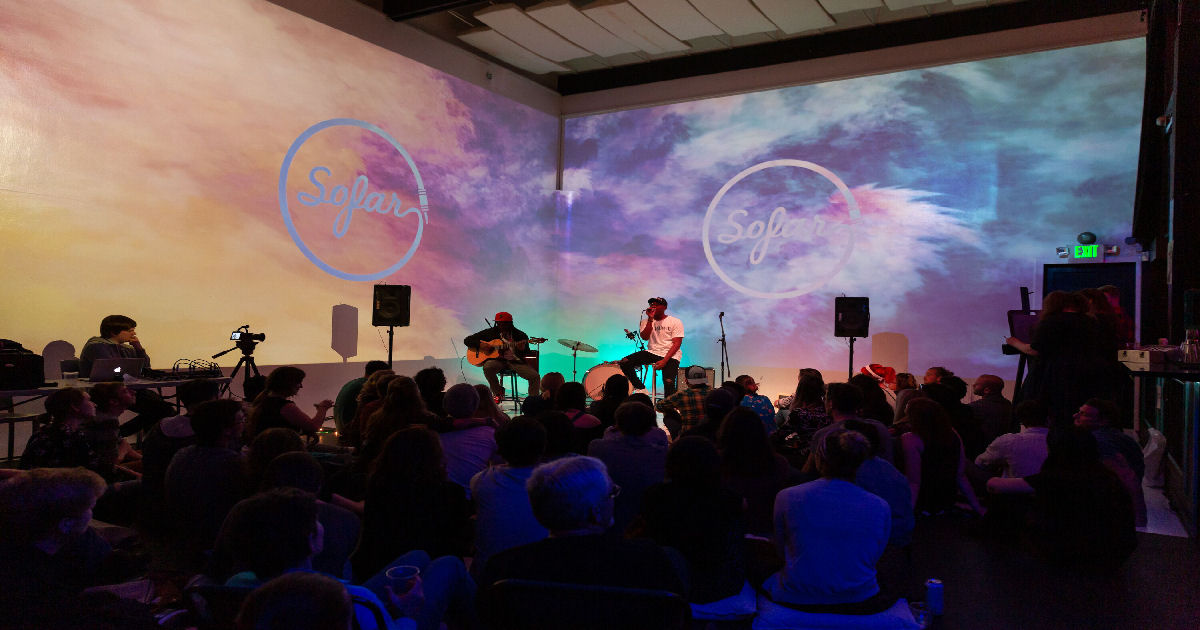 You know how it is people…Swano crew, in full-effect, takin’ over the nation one music hotspot at a time – that’s just how Imani Wj Wright rolls y’all.  This time he’s landed at Sofar in Seattle, playing for a packed house alongside label-mate Muammar Muhammad, who we’ve also reviewed here at our pages in the past for his solo-single called “One Option” from last year.  I’m well familiar with Imani’s performance-inclined theatrics and flair for the dramatic in his style of music – but whenever there’s something that piques my curiosity, I tug at the thread as best I can to unravel the mystery.  In the case of “Motherless Child” – my regimen was the same as it always has been when I hear something that sounds familiar to me in some way, shape, or form…I get on the ol’ Google machine if I can’t jog my brain cells or find the reference I’m looking for in my own collection of tunes.  And while they’ve made this extremely tough to recognize through their combined avant-garde approach – I’m still pretty sure that “Motherless Child” is a cover tune – ain’t it?  I mean…I think it is?  It’s similar to something I know from Van Morrison…which I think might have even been based on an old gospel/blues tune to begin with – maybe?  Regardless, the unique style of Wj Wright makes this an all-new experience no matter what really.

Credit to the main star of the show – Imani is a fearless entertainer and he proves that once again without question on this new live cut.  There just ain’t no one out there singin’ songs like Wj Wright sings’em right now…that’s just facts y’all.  Since I’ve been listening to his music for over two years now, I can personally vouch for just how far he’s come in embracing his uniqueness; he now wields it like the asset it truly is – and you can see him surge with the confidence of a veteran from the moment he starts to perform “Motherless Child.”  Like, he damn near starts this one out in an Opera-inspired style – you see what I’m sayin’?  You never know what to expect from this cool cat, other than an innovative vocal performance that likely challenges convention in just about every way you can possibly imagine, which is essentially exactly what he’s bringing to the stage here once again on this new single from the Sofar sessions.  Dude’s downright bold in the most minimal & subtle of settings – so many singers would back right off or shy away from owning the stage and moment like Imani does on “Motherless Child.”

As far as Muammar goes, well, of course he’s as reliable and rock-solid as ever – that’s how HE rolls.  Guy puts genuine soul & style into the way he plays – equally fearless in his own right, allowing himself to go with the energy in the moment and always making the most of every note on his acoustic guitar.  You’ll notice with Muhammad’s technique as well that it’s not always what he’s playing so much as what he’s not – the man makes incredible use of a stop/start style that moves with flawless precision, even for as wild as it can end up sounding at times in the peak of the energy on “Motherless Child.”  The main point being, he’s got killer timing, a boatload of talent, and he completely knows when to add more punch to his chords, dial-back the energy, or let the silence work its magic for a split-second or two.

Given that Imani sings with a much similar style to how Muammar plays guitar, these two combine their talents in complementary ways that truly suit what they each bring individually to their collaborative material & live music performances.  “Motherless Child” has them sounding as soulful & stylistic as ever, putting in the work and getting their music out there to the people where it belongs…and making it memorable by putting all they’ve got into each & every song they put together and show they play.  The hype around Imani Wj Wright’s music has been well deserved from day one – from the looks of the crowd packed into Sofar in Seattle to listen to him, it’s growing at an exponentially supportive rate & rapid pace.  “Motherless Child” is another solid addition to an artistic catalog of tunes that reveals the consistency in Imani’s music – Muammar’s as well for that matter – and certainly of the two combined.

Find out more about Imani Wj Wright at his official page at Instagram here:  https://www.instagram.com/imaniwjwright1