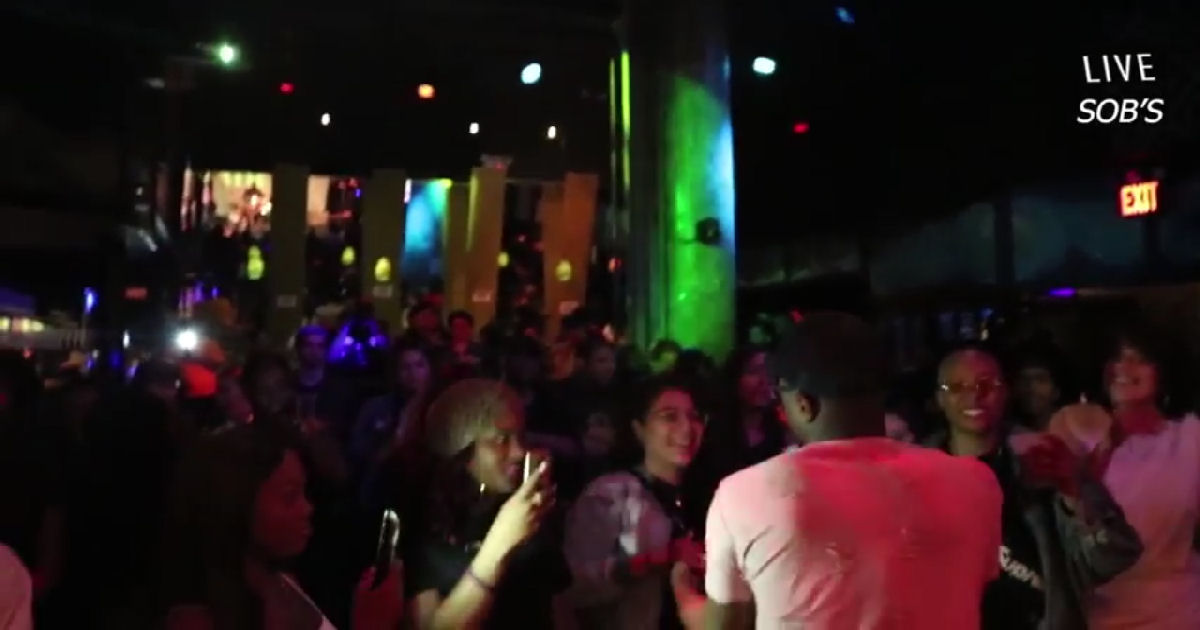 This guy’s adventures just keep on getting better.

It was only about a year ago that I had a chance to listen to the music of Imani Wj Wright for the very first time through a handful of singles – and even from that first impression, it was quite apparent to me that the potential for something truly unique & special was taking place.  What I heard was inventive, innovative, fresh, raw, organic, artistic…there are so many great words that you can use to describe Imani’s soulful style of music – he pours his heart & soul into what he does and that’s always been clear from day one.  I’d go on to review his record Envious Affection in addition to other singles he’s put out over the past year, each one bringing out the confidence & passion more than the last seemingly; he always has something colorful, vibrant, and wildly interesting to listen to.  From afar, you could see that as a performer & entertainer, he was immediately taking leaps forward, not just strides or steps – there’s a fire inside this guy and a genuine desire to entertain that is as sincere as sincere can be.

And you know what?  My ears appreciate that.  I really dig hearing an artist find their way out there.  And while it can be fun to observe and comment on, at the end of the day, even I was kind of wondering if it was just me hearing it, or if other people out there were catching on to what Imani was puttin’ down too.  Then we got hold of a live version of his song “Coffee Cup” and I could see visually how the crowd was right into it…I could see the moment happening…the art was coming to life and the freedom of expression was reigning supreme right there on stage – Imani was embracing the momentum, you could see it.  Decent venue, plenty of people, all sharing the music together – it was a beautiful thing to see.

But again – how far would it go from there?  That was the question.  Were we seeing a one-off show where Imani packed the house with friends & family – or was this really the beginning of that moment where there’s no looking back from here…that all-important proclamation of ‘I’m a musician and this is what I do’ point in an artist’s life…many of you out there know the one I’m speaking of.  Well ladies & gentlemen, dear readers, dear friends – I’d like to announce that confirmation has completely arrived.  When you see the lead-in promo running up to the live performance from Imani Wj Wright & Swano, you’ll know exactly what I’m talking about – take a look for yourself below!

Taking on a stage that has helped break hundreds of well-known artists & bands, the infamous SOB’s in NYC – Imani is stepping on to hallowed ground once occupied by the likes of Drake, Kendrick Lamar, J. Cole, Travi$ Scott and Erykah Badu…the list could go on & on, you get the point – this is a seriously killer moment in time in his career and a tremendous opportunity to make an impact on the people out there.  Flanked by the talented Swano crew of Muammar Muhammad on guitars & Robert Wooden III on drums, Imani comes out and OWNS the stage, his music, and the art of performance.  As subtle as a song like “Coffee Cup” may be at its core – it’s all about the intensity of this song reaching that fever-pitch…that’s where you start to really see this artist emerge from his shell entirely and put absolutely fantastic doses of soulful expression into his vocals.  I honestly think it’s remarkable to watch this artist grow and a real privilege to have been a part of the ride – this new live video directed by Lucas Ballard shows in great detail what a massive opportunity this is for Imani’s music – but more importantly, shows how he took that opportunity for everything it had to offer him.  No point in hitting a stage like SOB’s if y’ain’t gonna bring it, you feel me?  And that’s what I’m LOVING about this – even in a song as subtle as “Coffee Cup” is at times, there’s movement on stage, there’s an artist that is really feeling the vibe, committing to it, interacting with the audience & his band…I mean…this is ENTERTAINMENT yo!

And in my opinion…this particular set & showcase feature gets even better!  Muammar is a continual gem and finds really smart riffs & tones to make the music sparkle and the crisp drums from Rob are always right on-point, with great crushing cymbal sounds adding in awesome punctuation to the sound on the following song “All Alone.”  There are plenty of moments where your ears will notice the skill & sound of what Muammar brings to the music, dude’s got excellent technique & abilities – but you gotta admit, it’s pretty damn rad when you hear the spots where they put Rob right into the solo spotlight as well right?  It’s another aspect of Imani’s music that I really dig & respect – he makes time for the musicianship and keeps the artistic balance in-check; essentially, everyone in the band, onstage, or featured on one of his songs gets that opportunity to truly express themselves creatively.  That not only counts for something in the listening experience – it speaks volumes about the leadership & direction of the Swano crew and how they’re all truly working together as a unified entity.  Feeding off the wild enthusiasm & support from a packed club – “All Alone” is probably my favorite performance that I’ve seen from Imani to-date…this is what it’s all about on a stage like this – pass or fail, you go out there and you give it everything you got.  In my humble opinion, that’s what you wanna take to every stage.  I’ve always felt like he has – but there’s also zero doubt that the inspired performance you see from him on “All Alone” is the result of an artist reaching that spot where it’s all dialed-in and the potential’s being reached & exceeded.  Like, just WATCH how the band, both Imani and Muammar react during the drum solo – because that’s some real pro-stuff happening right there is what that is – that’s entertainment, visually and audibly, right there on display.  It’s moves being made like this that matter, because look, “All Alone” is a loose tune at the end of the day – there is plenty of room to make this song become an entire experience to remember, which is exactly what Imani & Swano made sure to do with this performance.  Whether it’s the freestylin’ vocals flowing from Imani, or the dazzling sound & style of Swano, the way they move or what they’re playing, they keep it moving at all times and make sure to take the crowd along with them…and as you can hear from the audience in SOB’s, they’re happy to be along for the ride.  Definitely a massive stage to be on that has helped fuel the legacy of many legends of the m-i-c – I’m personally stoked for this guy, it’s awesome & inspiring to see him thriving out there – he went out to SOB’s to make an impact and give it his 100 – they all did; Imani Wj Wright and Swano conquered the stage and did THEIR thing without compromise.  That’s what great art is all about.

Stay up on the details of Imani Wj Wright at his Instagram page:  https://www.instagram.com/imaniwjwright1