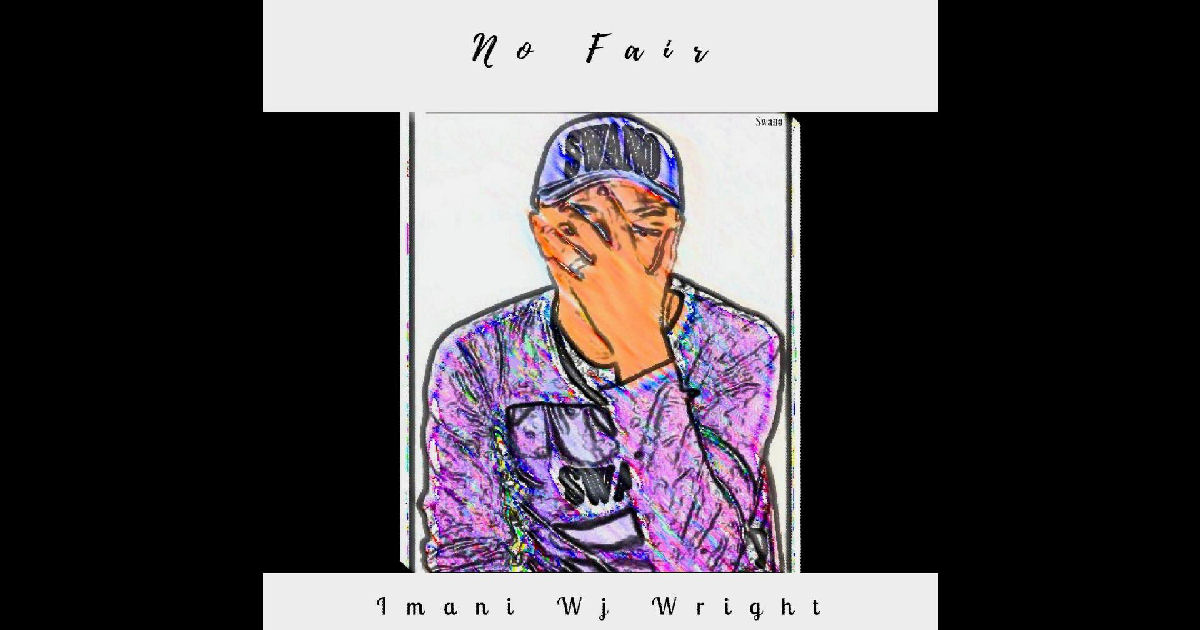 Way back when…all the way back to July of 2017…I hinted at the fact that Imani Wj Wright was on his way to great things when it came to his music.  The songs we checked out in a batch of singles were all good tunes – but more importantly, you could really hear just how into it all he was.  There was something about the way he was catching the inspiration and vibe of his music that pointed to him being at an all-time high for his own creativity and drive to push his career forward…call me crazy if you like, but I felt like it was something you could really hear in the singles from Imani that I was listening to.  We’d go on to have two more experiences with Imani’s music from that point on, checking out the Envious Affection EP and more recently, the single “Coffee Cup” – both of which furthered the story of this artist and introduced new sounds/styles into his songwriting.  You could feel the direction getting sorted out, more dialed-in & more focused as Imani began to discover the artist he’s always been meant to be.  Back again for the second time in 2018, we get to experience his music in what sounds like its most refined to-date – “No Fair” seems similar to what he was going for in his single “Coffee Cup” – but this time around…it sounds like he’s really found that next-level to execute on his ideas and put what’s fast becoming his signature style right in the spotlight front & center for all to hear.

Not only is he continuing to develop at a rapid pace by any measure, the fact that he’s finding such an identifiable sound is truly commendable, especially this early on into his career.  Imani clearly eats, sleeps, & breathes music…his wandering, poetic, free-flowing approach to his vocals on “No Fair” will audibly highlight just how connected to his own unique style & sound he really is.  I know, I know…that word ‘unique’ – bleh right?  Everyone uses that term too gratuitously when it comes to writing music reviews – but the fact is that sometimes, it straight-up applies.  What Imani Wj Wright brings to music is something that is something he can call his own.  It’s because of that, that I see a huge future for this guy…when you hear how it’s all starting to take shape and seriously come together as it should on “No Fair” you’ll get an idea of the potential that has always existed in Imani and how it’s blossomed into what it is now with the assistance of Morgan Matthews on the guitar & in the production of Wj Wright’s latest single.

Almost impossible to categorize right?  What would you call it?  “No Fair” incorporates Jazz, Blues, R&B, & more into the avant-garde & the artistic sounds of this new single.  The backing vocal layers are cleverly placed to help add more into the story being told in Imani’s thoughts on the mic, echoing like an afterthought or an aside to the audience…sparingly used, but smartly used.  The guitars, bass, drums – it’s all brilliantly played…like…REALLY stunning musicianship that completely stands out for all the right reasons.  The guitar licks & hooks from Morgan Matthews are immaculate…intricately played stuff that seriously sparkles with a magical sound, perfectly complementing the melody-line and the emotionally powerful way that Imani sings this new cut.  He sways through the rhythm of this tune with admirable amounts of expression, tone, & focus, saving his biggest moments for the very end.  The ride to get there is completely a journey worth taking – the music is ultimately fairly spread out but amazing to listen to – and it’s the amount of space in “No Fair” that leads to the sink or swim of it all…every note had to be right on-point, or believe me, you’d hear it.  So credit where credit is due here – “No Fair” is played & performed as tightly as it gets, leading to a completely captivating sound & movement throughout the song that delivers a thought-provoking sweetness and vividly compelling experience overall.  It’s a sensory kind of thang…whereby you can feel the music flowing right from the song to Imani, through the speakers to us as listeners.  I continue to be sincerely impressed with how much of an identity he’s establishing for himself, his music, and his career – I think Imani offers the entire music-scene a fantastic alternative to basically everything else that’s out there right now…and that ultimately, pursuing the direction he’s choosing is going to lead him to longevity.

Find out more about Imani Wj Wright at his official page at Facebook:  https://www.facebook.com/ImaniWjWright/