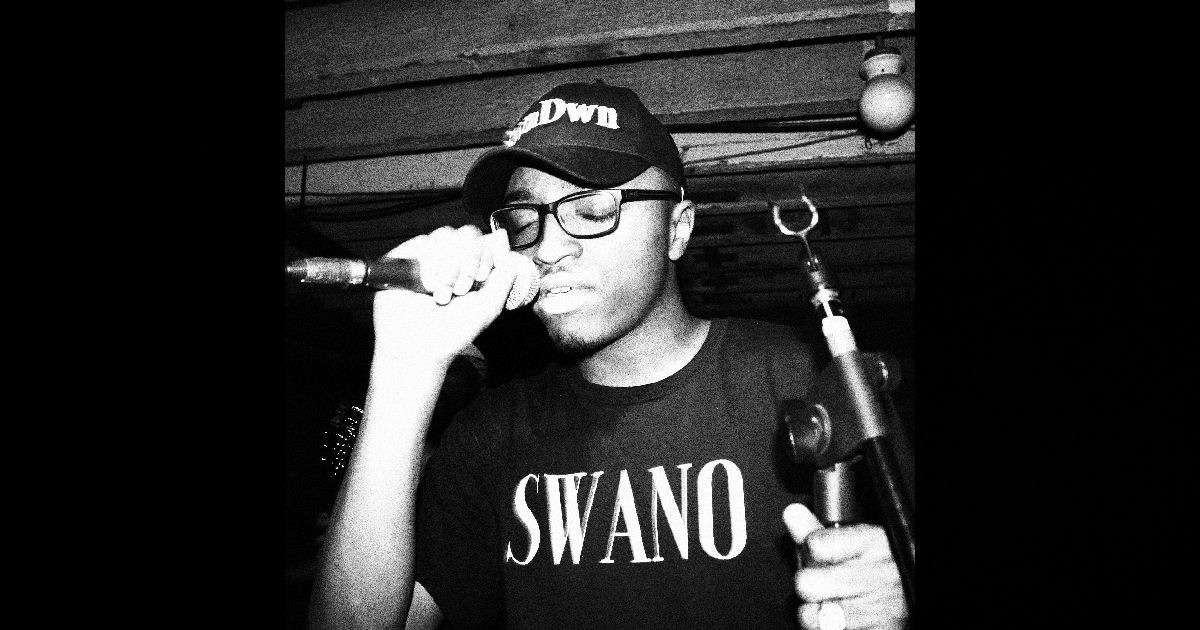 Yeah, you know the name.  I mean, you must by now.  I’m sure we must’ve featured this man up at our pages a half-dozen or more times since we first checked his music out back in 2017, and we’ve had the chance to watch & listen to Imani truly break ground in his career over the past couple years through videos & live performances of all kinds, some solo and a few with his Swano crew, who are also full of talent as well.  Essentially he’s at the center of a whole scene that seems to be brewin’ up great music.

That’s the power of star quality though…that’s how it all works dear readers, dear friends.  When there’s someone out there willing to take charge and care for the music-scene surrounding them, it can become like a vortex of sorts, pulling in talents & future superstars towards it; and eventually if it all catches fire, everyone funnels right on through to the other side.  Voila – a whole new mainstream, easy peasy.

Alright.  It’s probably not QUITE that easy.  The point is that when leaders like Imani step up, they make the entire scene around them a better place and create all kinds of new opportunities; basically while his own star is rising, the glow surrounding him is just as bright…I’m tellin’ y’all…pay attention to the Swano crew and doesn’t underestimate these guys…there’s a lot of magic in the music they make – and it’s clearly starting to connect with the people out there, for numerous amazing reasons that we’ve outlined countless times here at the pages while documenting Imani Wj Wright’s evolution via music-review.

Case in-point, the new single “So I Thought.”  Imani’s gonna give you a dose of his independent Frank Ocean-like style & sound on this cut, and as per the usual standards of late, he sounds excellent in the grip of this mellowed-out single.  Production-wise, I’m kinda neither here nor there with it, s’alright!  I think I’ve experienced just about every form of music that Imani can send it over in at this point, sometimes the mix will be gold, sometimes it’s a bit rougher around the edges – but whatever it is, is always worth listening to.  I think I like where the guitar sits in the mix…might need to harness that low-end thump a bit, maybe (could be a YouTube compression thang)…BUT…it’s tough to argue any of this matters at all when so many qualities that come through with things being the way they are, yield so many excellent results.  Like the guitars for instance…you can hear the movement on the strings and sporadic energy they have…for some, that’s cluttered, for others (myself certainly included) this is sonic gold…it creates a moment that can’t really ever be duplicated.  The guitar of “So I Thought” has undeniably rad textures to the overall sound & atmosphere of the whole vibe – and honestly, part of why I think the performance itself is so awesome, is because it’s like you can close your eyes and see how this is being played in your mind – and that’s a direct result of having things in the mix where they are right now, with that guitar turned up, so that you CAN hear everything that comes along with it.  It gives us personality and remarkable character in the music and a comforting vibe for Imani Wj Wright to do his thang on the vocals – and when those keyboards come along to support it in the music’s main transition?  Come on now – that’s powerful stuff right there; completely subtle and extremely effective.  So anyhow, I’m just saying, I’m not worried about all that production stuff…we all hear things differently to begin with, and I’m certainly not complaining about how “So I Thought” has come out as it is now…the ideas are definitely here once again in both the music & vocals by Imani Wj Wright – and this performance is filled with organic & naturally sweet sound & genuine R&B swagger.

Rollin’ soulfully through the vocals, Imani sounds perfectly lost in the vibe of “So I Thought” as he connects to the meaning of the words & sings’em out.  Verse is all laid-back & chill sound-wise – I mean, ultimately the whole song is, but you’ll notice this cut moving a bit slower in the verse to set the mood.  When those keyboards come in to support…I’m tellin ya, right then and there, that’s the mix, that’s exactly the moment where absolutely everything seems to come together from concept to execution most flawlessly.  And it’s straight-up magic…no joke, you can hear the song go from good to great right there in your speakers as it plays…right around the 1:17 (ish) and 2:51 (you know, approximately) marks, you’ll find the master at work, finding an astoundingly emotional sound in the tone of his voice to work with the melody in the music and get the maximum out of the potential in “So I Thought” in the chorus.  I mean, we’re calling it a chorus…Imani flips the script between the two points lyrically, but the vibe in the vocals & approach to the music are cohesive in that respect.  Bottom line is DAMN does it sound good at those specific points in the song!  I’m not gonna lie to ya and say I wasn’t enjoying myself in the chill mood that Imani Wj Wright had created along the way – I most certainly was – but sometimes, you can stumble into that one defining chord, one moment, one bar, one lyric that can change the entire game.  Adding in the low-note keys was the missing piece of the puzzle on this tune that unlocked its next-level…by the second time it came around, I realized Imani had written yet another incredible & noteworthy tune that stands-out at all times.  Loved the mood & vibe the guitars create, Imani’s as good as ever, and at all times, no matter how delicate it gets, “So I Thought” will get your attention & keep it.

Find out more about Imani Wj Wright at the official Swano homepage at:  https://swanodown.com