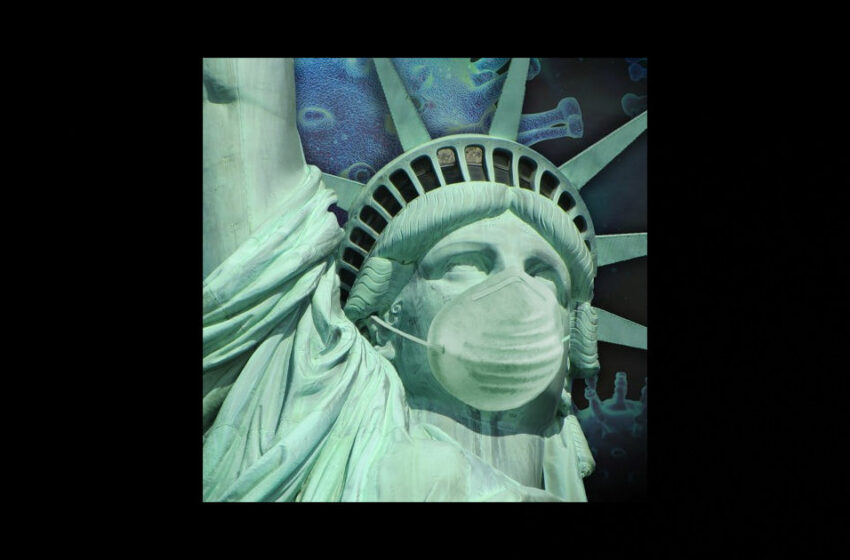 Sean Shiff – “If You Wanna Be Free” – Single Review

Interesting tune!  Sean’s catalog is full of’em I tell ya.

That being said…I don’t know if there is actually anyone out there that has heard as many pandemic-related tunes as I have over these past three years and I am heckin’ burned out on’em…ain’t gonna lie.  Not only does life involve something to do with that at every twist & turn these days, but music used to at least be a break for me on all that until the writing & recordings eventually caught up to it…now it’s pretty much something I go through every couple days and I’d imagine that it’s just gonna be that way for at least a couple more years ahead, if not many, many more.  So buckle on up folks…it’s what the people are writing about, and of course, rightly so – art & music are a genuine reflection of what life IS.

Now…here’s where the rubber meets the road though…what makes this song interesting to me, might not necessarily be what Sean was going for…and he may, or may-not like the reasons why that is.  The best way that I can put it, is that I couldn’t tell ya straight off the bat which side of the whole political debate Sean would be on based on the words he’s written into this tune…I have my theories of course, but if I’m judging solely by what’s in black & white in front of me here…honestly, it’s a lot more grey than he might assume.  Ambiguous writing can be a fantastic aspect of music when it’s intentional – and when it’s not, it can become really frustrating for a songwriter doing their level best to communicate what they might assume is completely straight-ahead & spelled out for us.  I also think that the Canadian perspective I’ve got is totally warped after everything we’ve experienced this year as well…which I’ll explain as we move through this review.  For now, what I can tell ya up front & right off the bat, is that if you’re a fan of Sean’s music…I’d imagine you’ll still be every bit as much onboard with this song as I have been…his catalog has a real distinct sound to it & he’s not gonna shake anyone off the bandwagon here.  He’s even got one of his most frequent collaborators in the mix here with singer Justin Burk…which is the first time I’ve actually learned his name to be truthful – but there’s no mistaking a voice like that & I can easily recognize he’s been there to lead the way through many of Shiff’s tunes from his past catalog.  Dude’s got an incredible voice, that’s the facts…I’d be totally shocked to hear anyone thinks otherwise.  Musically, “If You Wanna Be Free” is in the light-Rock category if you’re lookin’ for a vague reference that’ll never sum it up quite enough…but that’s kinda the best I’ve got for ya…you can go with Folk-Rock if you want…just don’t go so far as to call it Adult Contemporary because…well…it’s really not that, and I can’t stand that label personally.  Or any label for that matter; but that’s another story for another time.

I’ll give the extra unsung hero shout-out to the bass in this tune as well…that’s spot on perfection, 100%.

Okay…so…the main meat of it all…the ol’ words…the part that Sean contributes to this whole jam you’re listenin’ to.  Like I said at the start…I’ve got my theories, and I’ve learned a few things about Shiff over the years I’ve been listening to his tunes…in my opinion, he’s quite likely on the smart side of things.  Still – he had me wondering for a moment or two along the way…I’m very much of the mind that when it comes to dedicated songwriters, every single word & syllable would be entirely intentional and filled with purpose.  That’s not always necessarily the case to begin with…and then there’s also the highly interpretive aspect of which critics like myself add into the equation…as in, usually we’re reading into it all way, way too much.  So I spot a line like “when you’re left stranded” for example…and in knowing that there’s a political element to this song, I immediately jump to the whole left/right thing…and if that’s the case, maybe then having “stranded” right afterwards would refer to the left-wing not doing enough throughout this whole era we’re living in.  Which ain’t wrong in my opinion – and that’s coming from a person that IS about as far left as you can get – but yeah…even though that’s where I’m at on the spectrum, I still remain guarded on that front…I don’t mind having any kind of debate lefty-to-lefty – but criticism from the right side of the political landscape is a freakin’ joke I can’t stand the punchline to any longer…not with their constant fake outrage & consistent hypocrisy.  Anyhow.  “No place left to draw the line” would follow the same illogical logic I’ve applied & so on…these COULD be witty observations from the right side of the aisle, had they any wits whatsoever…so obviously, it’s safe to say it’s not…and I should be less on guard.  Like I said…I know just enough about Sean to know he’s usually, if not always been on the good side of history & humankind.  Even lines like the main one in the chorus that sums it up – “if there’s one thing this time has taught me, it’s if you wanna stay alive, you gotta be free” practically made my skin crawl – and how crazy is that, right?  That’s how politicized the words “free” and “freedom” have become…at the very least, that’s the way they’ve become here in Canada as a result of the Freedumb Convoy & whatnot that tried to overthrow our government this year, because they ran out of patience.  They ran out of common sense too, clearly…but that was long before this year.  Good times had by all!

So…if you ask me…and apparently someone out there has…I’d tell ya that the first verse would appear like it’s written from the right-wing perspective, the second verse with its references to masks being a sacrifice worth making for the future, would be much more from the left-side of the conversation.  The unquestionably saner, more humane side.  Yup…I’m long done with pulling punches at this point…which is a total indication of how many pandemic-era tunes I’ve been listening to in my line of work.  The bridge is a bit more split down the middle…and way heckin’ optimistic if you want my take on it…almost to the point of being unrealistic in this day and age.  “All for one?”  Not freakin’ likely anymore my good man…those days are very, very clearly over…and while I might wish that ain’t the case, it objectively IS.  This world has become ridiculously every person for themselves…and a sad parody of what it could have been.  Also, my own faith in anything to do with politics, or any kind of optimism regarding people doing the right thing for one another in that “all for one” way is at an all-time low – so there’s that to consider.

The question becomes…did Sean play this down the middle, or was he of the mind that he’s more clearly chosen a side of the argument – and/or, does that even matter, or am I reading too much into this like I tend to do?  To which I’ll say this…I honestly don’t know – and he’d be the only one that truly does as the official songwriter, respectively.  My personal concern is that we’ve long run out of time & playing things down the middle of the road is no longer helping anything – I’m very much through being gaslit with regards to there being some kind of equality of the craziness that exists on both sides, and it’s time to take a stand on whichever side of that line you feel you belong to.  I’m all for thought-provoking tunes like this…and I don’t ever need to necessarily agree with’em all 100% to enjoy them…but that being said, write a political tune, expect a political answer, simple & plain.  The only way to beat ambiguity in writing is to be even more direct, that’s the antithesis of it all – and for the most part, I’m all about songs that have high degrees of interpretive value we can apply to the meanings in our own lives…but not in this political climate…not any longer…we’ve gotta move on from that in my opinion, and start to let the chips fall where they really are, as we try to figure out our future.

Find out more about Sean Shiff at his official page at Facebook:  https://www.facebook.com/seanshiffmusic

Tags: If You Wanna Be Free Sean Shiff Singles sleepingbagstudios