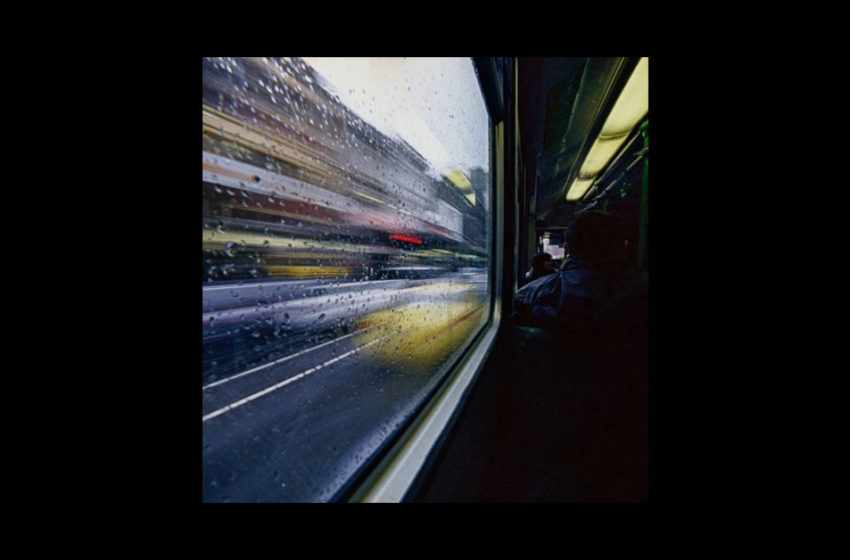 According to legend…or at the very least, these notes I’ve got here in front of me…Sean Shiff got this gem recorded just prior to the world grinding to a halt via the current pandemic we’re still all stuck in.  Playing the roles of songwriter & producer for the single “Standing On My Feet,” Shiff enlisted some truly talented artists to bring the full sweetness of this tributary song right to the surface for all to hear.

You’ve got the case of a song that Sean had actually written long ago finally getting its chance to exist – that’s one way; again, according to the notes I’ve got here, it looks like “Standing On My Feet” actually traces all the way back to 1997.  We’ll talk about how timing plays a crucial role in music in a bit here, but suffice it to say for now that, if THIS is the kind of stuff that Shiff is hoarding away in his notebook out there underneath a stack of other old books somewhere…then this man needs to keep on mining, because there’s clearly GOLD in them there hills!  I listen to how natural, humble, and all-out sparkling this single has come out and it brings an absolute smile to my face just knowing this found a way to get out there after so long.  Can you honestly imagine having a song like this sitting on the shelf for so long?

The second part of my three-ways of history theory, applies directly to the theme & subject of this song – so if you don’t want any SPOILERS, now’s the time to skip to the next paragraph.  You still with me?  Good.  I thought you would be.  Alright, so…here’s the scoop.  Much, if not all, of “Standing On My Feet” is inspired by the legendary social icon Martin Luther King – how is THAT for some historical tie-ins for ya?  This part of the tale of this song goes long beyond Sean’s own story and reaches directly into the story of a different point in time from the past that you’ll find certainly parallels & echoes a lot of what’s happening in our present as well.  While Shiff’s words are written poetically in an interpretive way, if you’re paying attention & really giving this cut a good listen, you’ll certainly appreciate the perspective here and how it navigates the overall themes of social justice while not flashing a complete neon-sign towards the meaning.  Personally, I found even just looking at this song’s lyrics on paper had me both interested, and also discovering lines that often brilliantly imply something more than what I’d see or hear.  Like when the line “So, I’m sure that you’ll understand if I expect it in return” comes up…it’s like you get the instant connection to how that line fits into the context of this whole story & song, but you also understand what’s really being said here as well when you get to the end.  It makes the final verse of “Standing On My Feet” come out bittersweet & melancholy…but not entirely devoid of all hope by any stretch.  The words are these:  “He left me standing in the drowning rain, down on the corner of fourth and fourth and sixty-eight, saying something about an umbrella and something ‘bout it getting late.”  Again, I don’t wanna give the whole story away here, but let’s just say that final line really manages to pull off something incredible, and haunts your thoughts as you search for the meaning.  I personally found it sweetly devastating…but I’d be willing to bet someone else out there feels this song ends on a hopeful note too…that’s the level of interpretation that can be applied to the lyrics of Shiff here.  You can dig right to the roots of this story – and you should – the wonderfully enticing way this whole song is played and sung will invite you in to listen, and I highly recommend that’s exactly what you should do here.  Don’t let it all just wash over you – really get in there, listen to this poetry in action, and come to your conclusions.  All I’ll say in my own defense, is that when it comes to the final line of “Something ‘bout it getting late,” it just crushed me with the weight of its relevance for what we’re experiencing out there in the world right now…still.  Social justice was “late” back in MLK’s day already – to think of the fact that we’re still fighting so many of those same battles today and the overall progress has moved at such a snail’s pace throughout the years is beyond the pale…but we’re not beyond redemption…we still have time to change.  Artists like Sean Shiff have a gift with words and the vision of how to use them the right way…even all the way back in 1997 when “Standing On My Feet” was first written, it’s clear that Sean has always examined the world from a very authentic & genuine perspective of his own, with the altruistic intentions of making this world a better place.  Thankfully, he got into the barn or wherever he stashed this song away and got this recorded in time to keep him busy during the ol’ isolation…now that I’ve heard it, I wouldn’t want a world without this tender tune really.  From performance to production, this single shines…check it out for yourself below!

I mean…what would you change if you could?  If you hear something, I sure ain’t hearin’ it.  I think the acoustic guitars are downright radiant and beaming with golden melody…and as far as the vocals are concerned, I literally don’t think you could possibly ask for more than exactly what you get in the all-out remarkable & award-worthy performance you find adorns “Standing On My Feet.”  There’s just something altogether perfect about the tone of voice and the real magic of adding the perfect amount of emphasis, power, and punch to these lines where they need it the most that was so completely satisfying and marvelously compelling…I wouldn’t change a single thing about the way this song came out.  From what you’d find on the page for the lyrics, to the main melody-line, hooks, and flow – you can’t ignore the impressively organic magic being made here…the inspired sweetness you’ll find in this insightful, tributary tale…and the frank honesty that holds society right up to the mirror to see if it recognizes its own reflection…is really nothing short of stellar.  I’ve got adjectives to describe this song for days if you want’em…but I think you get the idea – this is a remarkable single in every possible way.

Which leads us to that third part of the three-ways of history theory I’ve been rockin’ throughout this review…and that’s the current history that Sean Shiff’s making with his music these days.  If he keeps the quality up like he has with “That’s Just Fine” from last year, and what we hear now in the beautifully expressive & natural sound of “Standing On My Feet” – believe me when I say, he’ll find the audience his music & effort deserves.  Listeners out there love hearing a genuine connection between the words, the music, and the performance that goes along with it all…I’m sure we all feel that way.  It’s songs like “Standing On My Feet” that have you completely appreciating the magic of music when it all comes together exactly as it was always meant to be.  Maybe this business is all about timing, as they say – but rest assured, there’s never been a better time for Sean Shiff to have dusted this one off than right now.  The man writes an excellent song, no doubt about it – and in fiercely examining history here, his future sounds mighty bright…this is a highly focused single, flawlessly played & fantastically well-sung.  Love it.