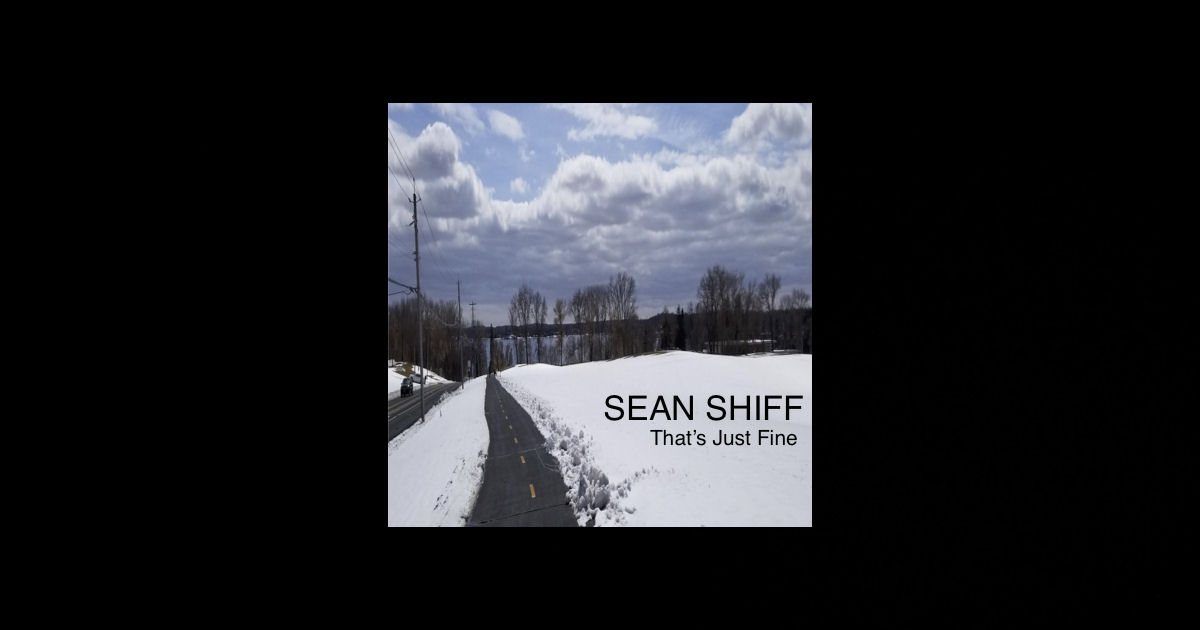 This singer/songwriter definitely has a way with words.

Sean Shiff has written an important track with this single called “That’s Just Fine” – this is some of that good life-imitates-art-and-art-imitates-life type-stuff.  And considering everything that’s gone on down south over the past 24 hours in the USA…no better time than right now than to put this review up on our pages and get a lil’ political.  Main point being, Sean’s documenting what’s happening in our world around us right now, taking on the humble platform of a musician’s soapbox to stand on & sing his truth.

And that truth he’s singing about…well…it’ll hit so much harder than this song’s gentle demeanor would have you believe.

What’s brilliant about the way it’s written, is that so much is left to be filled in by our own imagination without Sean having to spell everything out for us.  If you’re really listening close, there’s next to no mistaking what this song is about…everything from imagery & words being used like ‘oil,’ ‘followers,’ ‘TV,’ and ‘shit’ will definitely clue you in as to who & what this song is sweetly raging against – but if you weren’t politically-inclined in your thinking, there’s no doubt that you’d probably just hear a really well-written tune with lots of thought-provoking lyricism, which is also fine.  Either way, it’s a victory for Sean and getting the message he’s looking to communicate across in some way, shape, or form.  Sound & structure-wise, I’m loving what I hear from this guy as well…”That’s Just Fine” reminds me of something like R.E.M.-meets-the-Barenaked-Ladies – but let me be clear, specifically the Maybe You Should Drive era of BNL…you know, the amazing version of that band.  The Stephen Page version of Barenaked Ladies where melody reigned supreme; the same one that’s long, long, gone and buried six-feet underneath their silliness now.  “That’s Just Fine” has that same melodic craft that made Maybe You Should Drive perhaps the only true exceptional record they ever made & likely ever will…far bigger hits on just about every other album they put out I’m sure…but far be it from me to accuse the masses of musical taste.

Anyhow…I digress…kinda.  As Sean Shiff shifts into the chorus, you’ll hear that R.E.M.-style magic in the way the music changes chords and the mood becomes more serious in the atmosphere around him – and that ultimately leads to one of the best & most debatable moments of this entire song, which is its title and the potential multiple-meanings it has.  I’ve gone back & forth a million times as to what I ultimately think Sean means when he sings “That’s Just Fine” – as to whether it’s a straight-ahead comment that all the world falling to shit around him is really somehow OK, or if it’s the sarcastically-inclined version of the equivalent of a shrug of the shoulders/observation of how we all seem to be dealing with the state of things right now.  I suspect it’s likely the latter based on the rest of the words.  Though at times, depending on the verse it shows up in, and how he tweaks the line itself, “That’s Just Fine” could very well take on a more hopeful meaning as well…it’s quite impressively ambiguous – Sean could mean a couple things to say the least when he sings the main-title of this tune, and I dig that.  Songs that are both this direct & still this open to interpretation are much more unique than you might think…and the hallmarks of a writer that’s truly got the right touch – if you’re listening, you’ll know what his perspective is, you’ll have an idea of how he feels about it all, and you can still draw to your own separate conclusions as to how YOU feel about what he’s singing about as well – how awesome is that?

“That steaming pile is just a lie, but in the beholder of the eye…some would call it art…” is probably one of the best lines I’ve heard in any song this year, and it also really gets to the heart of what this song is trying to say at the same time.  I’m not here to give it all away…you can listen to the song and see what you think for yourselves…but in my opinion, it’s far beyond a great line, it’s a really important point that a ton of people out there really need to come to grips with – we all see things from unique & different perspectives, all based on our own individual experiences…and like them or not, they’re all valid in their own respect.  And “That’s Just Fine.”  But what is also even more fine, is the fact that, even though we all experience what we go through in life separately, the events that occur intersect in so many ways – as individual as we might think we are, we’re all sharing the same moments in life, on separate tracks.  The more we tap into that…the more we start to understand how much more we have in common than what divides us, the further we’ll all take this floating rock we’re rotating away on to even greater things.  It might take a while…hell, it’ll probably take much longer than my own lifetime, or Sean’s for that matter…but it’s songs like this that help further that evolution by offering up insightful wisdom that listeners will connect to.  So even though it moments like the one we’re all stuck in right now might feel like they’ll take forever to get out of, it’s because of our art & shared humanity that you can always take comfort in the fact that we WILL become better than we’ve been…someday – and “That’s Just Fine” too.

Find out more about the music of Sean Shiff at his official page at Facebook here:  https://www.facebook.com/sean.shiff