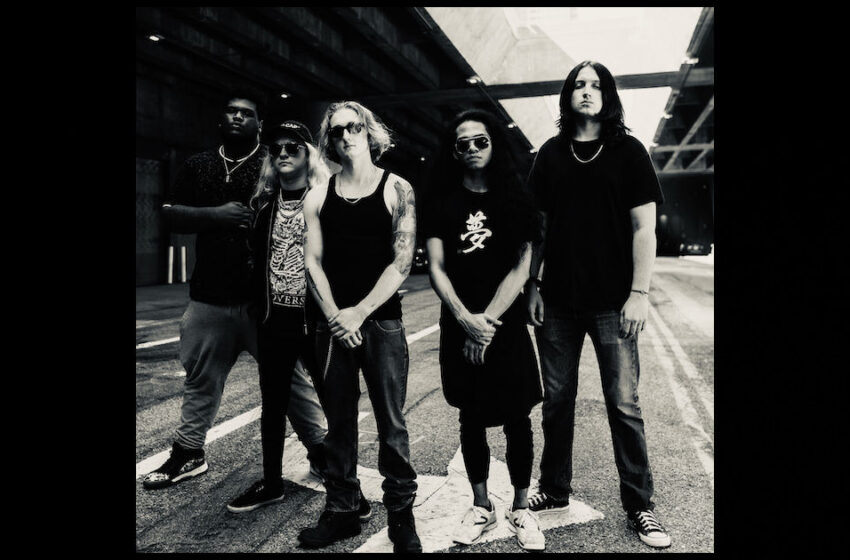 This is IT.  This is either the best Love Ghost song I’ve ever heard, or just one of the best songs I’ve heard in general, full-stop.  Thanks so much for reading folks, it’s been a pleasure.

Anyone that’s been within remote earshot of what I’ve had to say, or reading our pages over these past couple years of checking out the music of Love Ghost, knows that I’ve been in this band’s corner for as long as I’ve known about’em.  If you’re not as familiar as I am with’em, let me catch ya up real quick – they’re still extremely young, they outwork just about every band & artist I can think of, they have always put out rad original music & videos, as well as entertained us all through wicked covers of songs like “Heart Shaped Box” and “Uewo Muite Aruko.”  They’ve tinkered with the lineup a bit over the years and also managed to hold onto the fundamental core group of players, while also adding strength to the band with new players entering in as Love Ghost shifted its sound throughout the years.  And don’t get me wrong – even though I was completely addicted to the early tunes this band put out, I was more than willing to stick with them through that shift given the quality & passion they put into their career.  I wouldn’t say I questioned some of the decisions along the way in between then and now, so much as I was awaiting Love Ghost to really lock in on this new direction and yield the full potential out of it.  I’m a patient man & they’re a great band with a huge future still ahead of’em – it’s not like it wasn’t coming.

And here we are, “Beautiful Crime” – like I said, good game.  The progression towards a track as stunning as this one is has been evident ever since the lineup switch and the transformation of their raw thrashing energy into professionally controlled mischief, mayhem, and melody as one.  I always shoot it straight on these pages of ours, and I’m not gonna hold back on Love Ghost today any different than I normally wouldn’t…so here it is…the unfiltered truth…

…it’s gonna be seriously tough for them to outdo what they’ve done here in the future.  I mean, it’s freakin’ LOVE GHOST, so obviously they WILL find a way, I have no doubt about that – but the way they’ve raised the stakes with “Beautiful Crime” is beyond compare to any point I’ve heard in the band’s evolution to-date.  The vocals…good lord…Finnegan Bell proves to be an absolute master of the microphone as he sings this song with such tangible melancholy & haunting melody…I’m blown away by the performance he’s put into this cut, and equally impressed with the lyrics he’s written.  You name it and he’s nailing it…”I don’t need it, but I bought a rifle – I’d shoot myself to make you smile” is about one of the harshest & boldest lines of contrast you’ll find this side of the angst of the Grunge-era – and it’s one of just many you’ll find scarring the intense & brooding atmosphere, created by a band that has never sounded this 100% unified.  And that’s saying a LOT…because I don’t think I’ve ever really felt all that much otherwise when it comes to the music of Love Ghost…this crew has always achieved what they set out to do in the style, sound, and direction they wanna take it…to expect otherwise would be straight up foolish at this point even this early on into their career still, all I’m saying is that the songwriting & execution of “Beautiful Crime” somehow still managed to exceed all the wildest expectations & hopes I could have had for where they’re at in their timeline by now.  The chorus hooks of this single are as bulletproof as bulletproof get…and considering the aforementioned rifle in play throughout the lyrics of this cut, perhaps it’s a good thing this song is stronger than steel.  I AM EXCITED BY ALL OF THIS!  Not just the song, but also the brilliantly solemn & socially-conscious video supporting it.  Samson, their drummer, does an outstanding job taking on the majority of the screen-time in the storyline aspect of the video, which goes on to reveal the real heart in the darkness when it comes to the music of Love Ghost – it might so damn brilliantly desolate & despairing, but make no mistake, this is an insightful band that has a lot of power within them to create change & provoke the kinds of discussions that lead to better tomorrows – and a knockout video/single combination like this completely confirms all that.  From the speakers to the screens, I honestly don’t think you could be rocking with something more relevant for the right here & now than what you’ll find in “Beautiful Crime” from sight to sound.  This whole cut, whether watching or listening, will send chills right down your spine…partly from the mood of this moment & the heavy emotions it digs six-feet deep into, but also because your ears KNOW this is the sound of something genuinely special happening here in behind the scenes.  This is that pivotal moment in their career if you were to ask me…this is Love Ghost dialed right in to where they wanna be; the results are resoundingly powerful and beyond addictive – I love absolutely everything about this single & video and I am more excited than ever before about the future in front of’em.  If you want a prediction from me, I’d say bet on this band to surge into the best years of their career around the corner from here – a single as strong as “Beautiful Crime” should put a band with heart & talent like this on the map PERMANENTLY.  If it doesn’t, there’d be nothin’ beautiful about that scenario at all – that’d be a fuckin’ HEINOUS crime – don’t let it happen folks – do the right thing and spin this new Love Ghost single & video “Beautiful Crime” relentlessly.

Find out more about Love Ghost at their official homepage at:  https://loveghost.com