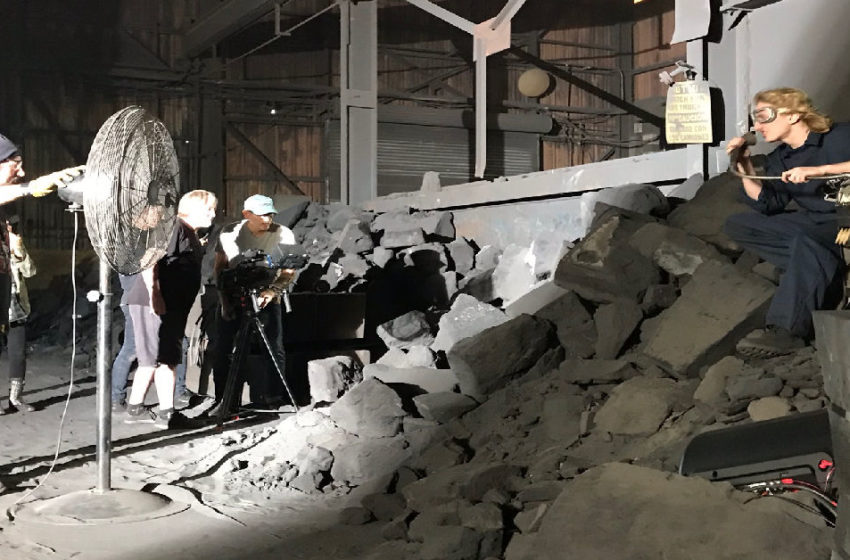 You know…I wasn’t entirely sure, but I was reasonably sure that things were changing in Love Ghost after seeing some recent social-media posts…and indeed that seems to be the case here – holy lineup switches Batman!  The four-piece became a three-piece then added two more, and now they’re a five-piece band – you following my math?  Love Ghost continues to grow and evolve, just like a great band always should; and of course, any time that happens, you’re bound to shift the sound in new directions.

So…no lie…it was a bit of a shock to the system.  The part subtracted was the violins from past member Mya, which to me, had always represented a large portion of the Love Ghost sound from what I personally knew.  Definitely wasn’t expecting that when I first listened to the new single “Let It All Burn” – but I remain open to change and certainly understand that a band as young as Love Ghost likely still has many more stages of their own evolution to come.  Joining the core trio of Finnegan Bell (Lead Vocals, Guitar), Ryan Stevens (Bass, Backing Vocals), and Samson Young (Drums, Backing Vocals) are the talents of Nicky Renard (Guitar), and Cory Batchler (Keyboards) – there you go, you’re all caught up like I am now…that’s the new incarnation of Love Ghost for ya.  They’ve also enlisted some seriously A-list talent in behind the scenes as well, with legends Danny Saber (U2, Manson, Bowie) producing the song and video director Dean Karr (Manson, Queens Of The Stone Age, Ozzy Osbourne) lending an assist. 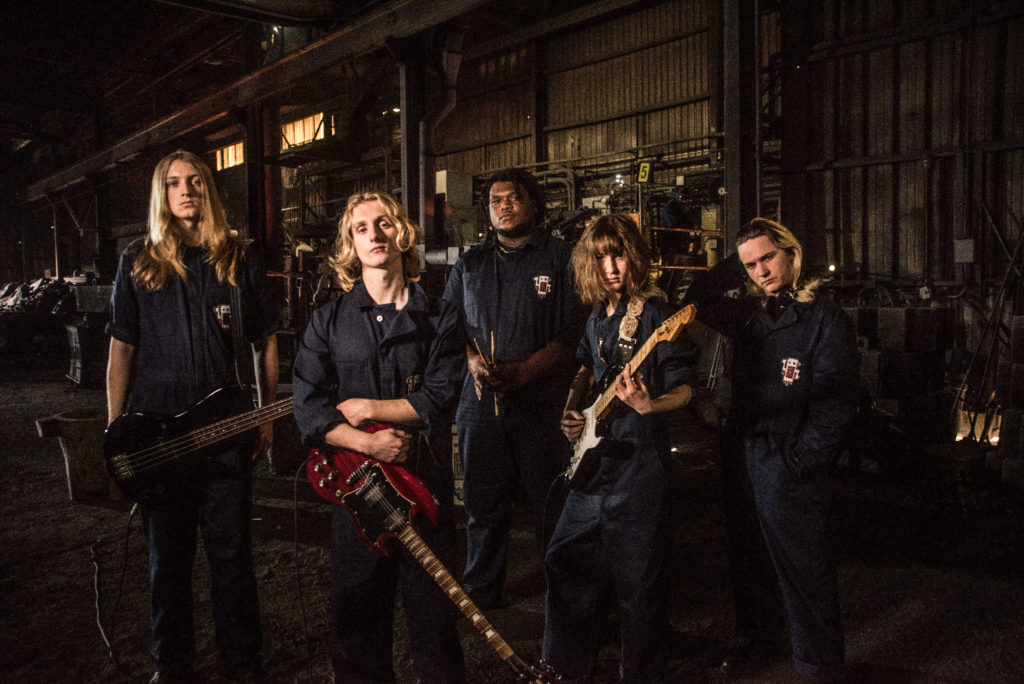 Change can be a great thing when it all comes together as you’d hope it would – and I’d have to hazard a guess that Love Ghost is feeling pretty damn good about the way things have shaped up with their new single & video.  Sounds awesome, looks awesome – I mean, what do they leave ya with to complain about?  Hooks are found in abundance throughout “Let It All Burn” and the video is sharp AF.  Love Ghost bring ya a QOTSA like grind to the rhythm & groove of the bass & guitars, add-in a distinct distance to the vocals of the chorus and the lively energy & savage attitude provided by Finnegan to be found with the verses…and the drums from the skin-beating beast Samson definitely stand-out for all the right reasons.  Solid solo & parts from Nicky on the guitar, and the keys from Cory noticeably fill in the atmosphere surrounding all five of them as they rip through this cut on a unified mission to burn the world down.  Make no mistake…they might punch the clock on the way into the video, but they’re hardly just putting in their time here – Love Ghost has made the most of this moment and infused this single with everything from Post-Punk to New Wave, Alternative, Rock, Indie…arguably even Pop; the end results produce an undeniably accessible sound that’s got a massively widespread appeal to it all. 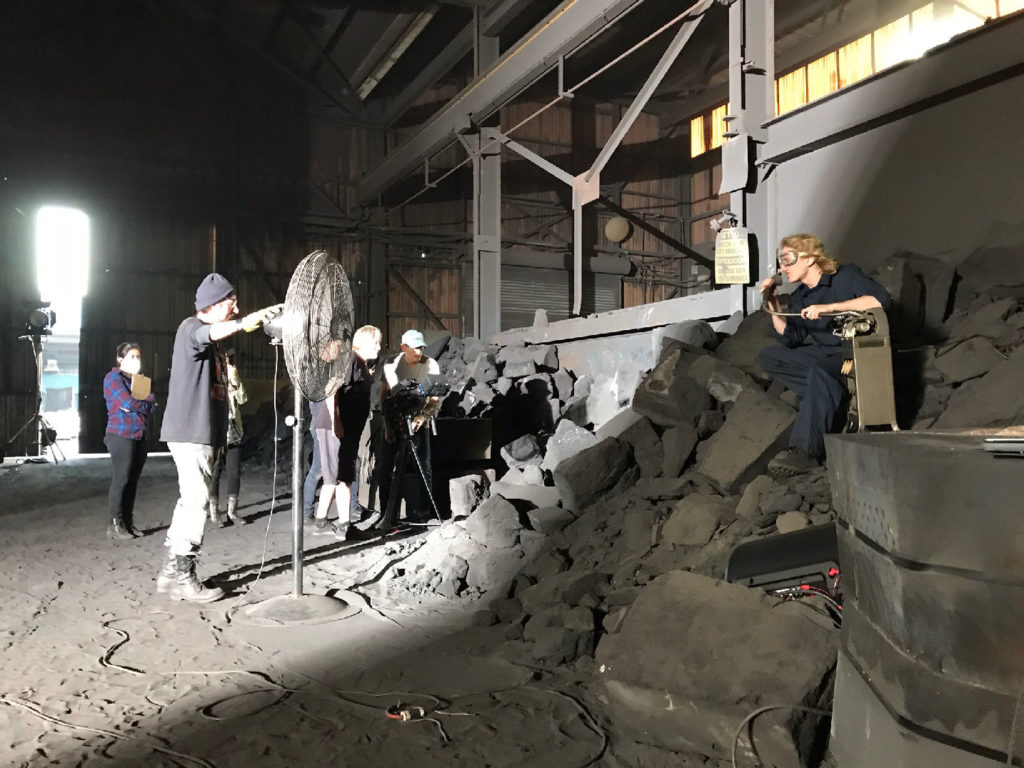 But truthfully, if you are familiar with the band by now (you should be), you’re no stranger to the fact that Love Ghost has always put the work into what they do – both the old lineup & new one have that in common & it’s something you can certainly see in their videos, and hear in their music without question.  True to form, “Let It All Burn” takes you into the heart of an iron foundry in South Gate, CA, where the temperature of the molten iron that you’ll see in the video reaches an astonishing 2500 degrees.  Ain’t no amount of SPF-whatever that’s gonna help you out enough if you spill a drop of that on ya…you’d get scorched.  Thankfully, no casualties here…at least not to the band…you’ll see the final moments of one guitar as its sacrificed to the machines and molten mayhem…& if it wasn’t producing a crunchy enough sound beforehand, it sure stands a chance of doing that now after its burnt to a freakin’ fine ass crisp!  Love Ghost is well-known for the quality in what they create and “Let It All Burn” is no exception to the rules in their playbook in that regard.  Really digging on the scenes with the machinery mimicking the rhythm & grind of the music in the video, and overall the concept really pays off for them in the gritty visuals that accompany the latest Love Ghost single.  Think of it this way…they’re all surrounded by this intense heat, they’re all giving this track everything they got…and they’re STILL not even breaking a sweat!  If that’s not a sign of their professionalism in-full, or how used to doling out hot singles they are already, I don’t know what else it could be.  How cool they keep it is damn near metaphorical in itself!

Plus like…Samson my man…that’s one hell of a drum-riser you’re playing on there brother – so rad! 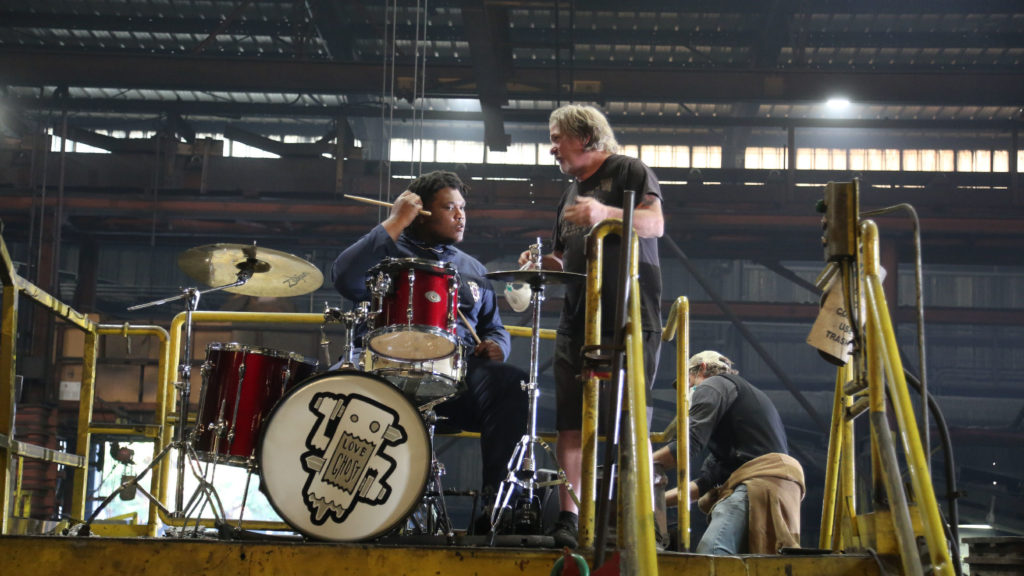 Look.  There’s a lot you can point to as to WHY you’ll love this track.  I think what’s happening between the guitars, keys, and bass is perfectly tight as tight can be, and you can definitely hear the chemistry in the band’s new lineup quickly kicking into gear on “Let It All Burn.”  Full credit where credit is due – for me personally, I think Samson would have nearly stole the show on this new single, were it not for the noteworthy changes that singer Finnegan has gone about making as well.  Really clever production on his vocals, which certainly helps broaden his smoothness & overall appeal – but it’s not JUST that – he’s also livened up a lot when it comes to how he’s tackled this tune…and attitude makes the difference, as they say.  Bell proves that to be true here, sometimes singing, sometimes spoken, sometimes with heavy effects, sometimes without…he roams confidently between styles of sound here, never forgetting to keep the entertainment flowing and the hooks glowing hot at all times.  His lyricism and themes might still be as savage and angry and direct as they’ve been in the past on what you already know and dig from Love Ghost’s catalog – but in terms of HOW to go about presenting them, he’s damn near reinvented himself in the way he surges with the vibe of “Let It All Burn” and brings the swagger into it.  It’s obviously not a song based on happiness…I get that…but you can’t hide enthusiasm when it truly exists either – check it out for yourself!

In my humble opinion, Love Ghost continues to burn brightly in the independent alternative scene – each experience I’ve had with their music has generated a different reaction & response from me, but always a positive one…and again, this is no exception to that standard.  “Let It All Burn” fully confirms they’ve survived the lineup switch more than intact, and that they’re completely ready for the next chapter in the band’s legacy.

Stoked to hear what they come up with next…and I suspect I always will be. 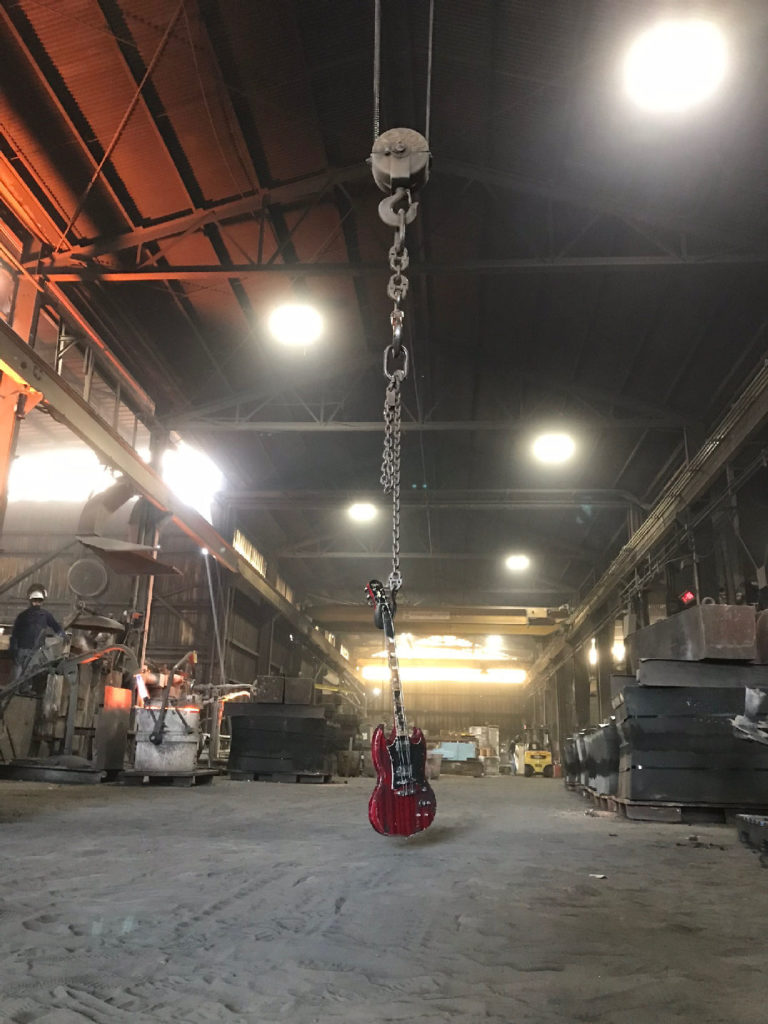 Find out more about Love Ghost from the official pages below!