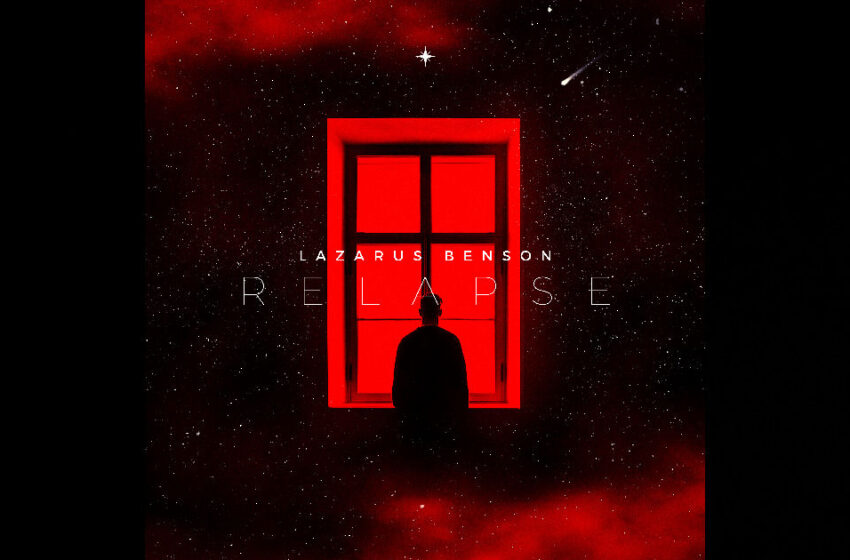 Back in the days of Boom Bap Rap…or generally any time a genre starts to catch fire really…you notice patterns as a listener – and it’s harder to hear them objectively as the people creating the tunes, given that they’re so close to the material.  We end up making similar moves and relying on what we can do, as opposed to pushing ourselves creatively to reach that next level…I’m not even immune to that myself – I’m sure that there are many things I used to write that were unique that have now become a parody over the years as a result of me saying them so much.  That being said, I’m writing thousands of reviews as opposed to putting out a couple of cuts a year or whatever, but the main issue is still the same – it’s so much tougher to move forward in your art, no matter what kind of art it is.  Lazarus Benson will get it I’m sure – he’s a good dude, but it’s fair to say that for the most part in his career so far, he’s been making mainly lateral moves.

At nearly seven months since we last had him on our pages…my hopes are always that, when an artist disappears for a bit, that they’re in the lab, cross-examining their entire catalog/existence and trying to figure out what that next piece of the puzzle is going to be on a creative level…and that when they return, we hear that evolution somehow.  That’s not always the case…whether it’s an artist or band from the mainstream or the independent scene, sometimes we get stuck in our main gear and it can take a long, long time to get out of it if we’re ever even lucky enough to find a way to do that – and then there’s also the reality that, some folks just like doin’ what it is they do and don’t feel that urge to push things too much in one direction or the other when they’ve dialed into the sound they truly dig creating.  And I get that.  It makes writing these reviews a bit stranger I’ll admit…I start questioning the point of it all & whatnot…but I do understand how many of us end up finishing our careers not too far from where they started to begin with.  I do my best to encourage evolution…but honestly, who the fuck am I?  If I can’t say for a certainty that I’ve evolved in what I do, it seems trite that I’d demand it from anyone else, or at the very least highly hypocritical.  If you enjoy what you do, then don’t take any shit from a guy like me – you do you – ultimately, that’s the best advice I can ever give anyone out there in our music scene.

Lazarus Benson’s latest NuMetal cut called “Relapse” comes out officially this July on the 8th…and I’d say it’s a safe bet that if you’re picking up what I’m layin’ down in this intro here, that if you’re a fan of what LB creates, you’d have no problem digging on his new single as well.  It’s really only me that gets bent out of shape trying to push the creative community forward…I just instinctively know who’s capable of doing that & who’s not – I don’t ever punch down, so much as try to inspire those who have greatness inside them to raise the stakes & reach it.  Lazarus is one of those dudes…he’s capable of extraordinary things, and I have all the confidence in the world that when he’s ready to conquer the scene, he will.  I don’t think it’s going to be with “Relapse” if I’m being honest with ya…it’s another quality tune in many ways, but not a track that’s going to show you the version of Benson unleashed like I promise ya is inside him.  He’s rockin’ in the pocket right now…similar melodic patterns, themes, approach…like I said, there’s absolutely nothing wrong with giving the people more of what they love, or even if it’s just yourself and you enjoy the kind of music that you make, no one says you can’t keep on makin’ it either.  There might be a few points in the melody, or maybe with the multiple layers of his production that you could argue a slight move forward is being made here…like, I personally really like the notes he’s hitting around the 3:05 mark for example – it might be something I’ve heard in music before, but I do like that it seemed like it was new to HIS music this time around in how he chooses to sing his tunes.  I can’t quite say the same for the verses…that’s the LB we all know and know we can rely on…not so much of a “Relapse” there as it is a continuation of what we’ve heard from the man in the past in terms of the melodic pattern.  Part of that’s on the constructs of Rap/Rock, part of that’s on him for making the decision to stick with what works as opposed to make those moves no one would be expecting to hear, and find that new way to revitalize the genre itself…which I maintain, he’s completely capable of doing.

Anyhow.  All that philosophical stuff aside…solid mix on this cut LB – I can hear that the punch of the dynamics in this structure/sound would be no easy beast to take on in terms of wrestling it all under the red line, and everything truly does sound great & makes the sonic impact it’s meant to by design.  It’s powerful where it’s meant to be, it’s more melodic & smooth where he wants it to chill for a second or two, and the rage comes through at the heights of the intensity, of course.  He’s relying a little more heavily this time around in the lyrical sense when it comes to the main hook…or at least, the perceived main hook – I’d be the guy to argue the main hook actually occurs around the 3:05 mark that I mentioned earlier – but when it comes to the intended ‘chorus’ or whatever you wanna call it, that’s the hook that tends to keep the repetition rocking strong.  Ain’t sayin’ it isn’t effective, not saying it doesn’t work – I am saying that repetition can be a great thing in music at times – and I’m also saying it’s almost always an opportunity to explore the potential to say something more than you are.  Obviously as a guy that types out words all day, I’ve gotta advocate on their behalf too – use your words homies, that’s what they’re there for, and the melodic pattern can always keep the repetition aspect fully intact too.

Good to have him back in action either way…I know his fans out there really dig what he comes up with & are likely stoked to know he’s got a brand-new cut coming out right around the corner in the summer of 2022.  I still think this artist has a whole other level of creativity and sonic ingenuity that he’s just scratching the surface of right now…but more importantly, I believe he’s capable of locking onto it & reaching that next level with his music career…and satisfying us all – including himself – in the process.

Time will tell of course – and if I was a betting man, I’d have no problem throwing in on Lazarus Benson…ultimately it’s guys like him that were born to win & beat the odds.  Doesn’t mean it’s gonna happen overnight, but I’ll tell ya straight up, the last thing you’d want to do is ever count this dude out.

Find out more about him at his official homepage here:  https://lazarusbenson.com