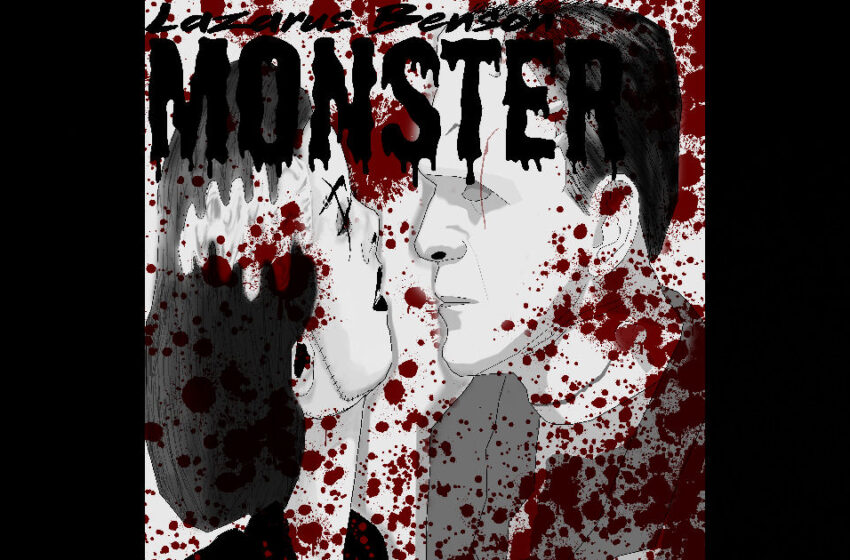 Man…to say time flies doesn’t even cover half of it sometimes!

Technically, though he was rocking under a different name back in the day, it’s been more than five years since we had the music of Lazarus Benson featured up on our pages!  Honestly, it feels like it was just yesterday.  Not only does the dude make particular memorable music, but we also featured him right at the time of the big switch, when sleepingbagstudios packed up from British Columbia and came out to the nation’s capital, here where we are in Ottawa now.  Lots of nostalgia from around that time still lingers strong to this day…and of course, with music always being bonded to our memories, young Mr. Benson here ended up quite likely being a lot more memorable to me than he probably realizes.

Lots changes in that amount of time of course…for instance, he’s ditched his former moniker now, in favor of goin’ out there as Lazarus Benson these days.  Sound-wise…I ain’t gonna lie to ya, it’s still pretty close to what I remember from the man, but hey, when you do what you do well…there really ain’t a good reason I can think of to not keep on doin’ it.  Admittedly, “Monster” works with more chill vibes than what I’d experienced from this dude in the past, but stylistically, design, and production-wise, there’s still a mad amount of identity in what Lazarus creates…to the point where there’s almost no mistaking him for anything else, even now, this far down the road from the last time I heard him long ago.  Besides that…y’all gotta recognize that this world moves far too fast anyhow these days…back when I was still a young dude jamming tapes into a boombox, we were lucky if a band came out with a new album or song inside of a five year stretch anyhow…so yeah, maybe Lazarus has been away for a minute or two by this point, but by that same token, it’s almost like he’s right on time as well, you dig?

Depending on who ya are and how you listen to music, reactions towards Benson’s “Monster” may vary.  On the one hand, the entirely well-produced sound & tightness in the music & the strength of the main hooks stands a really solid chance of getting the attention his efforts deserve…and on the other side of things, is a theme that might slightly narrow the scope of its potential audience.  Kinda really depends on how important lyrics are to people these days, and how close they’re listening to what’s being said versus whether or not they just wanna sing along.  While there certainly isn’t anything wrong with writing a tune with a “Monster” concept & horror-influenced lyrical imagery that echoes all that – heck, it’s part of what makes this single decisively unique in a world filled with songs about chicks & cars still – but by that same token, it’s also easy to acknowledge that going this route likely appeals to a fraction of listeners.  Again, that’s IF the theme were to become the most important element in how people listen to music, which I gotta be honest with ya, it’s really not when it comes to the masses; when it comes to the vast majority out there, they wanna beat they can move to & a song to sing along with – and in that respect, “Monster” proudly still checks both of those boxes with plenty of universal accessibility in the mix.  In addition to that, I mean, if we ARE talking about lyrics & theme & all that, regardless of how you, I, or anyone feels about the end results of how far a single like this could reach – the fact remains, it’s actually a tightly written tune at the end of the day that’s focused & remains on-point.  “Monster” flexes a bit metaphorically as well if I’m not mistaken…like how people change from what we know, into something horrifying…but that being said, it’s buried pretty deep underneath the surface in comparison to how easy it is for us to grasp onto the horror themes & imagery we hear & recognize so quickly on the surface.  Essentially though…if y’aint too squeamish and you dig this kinda stuff, ya might just love what you find.

As I always tell ya, we all gotta write about something right?  “Monster” is certainly no less of a valid idea than any other, and it’s designed within a highly relevant style that, assuming lyrics aren’t the priority for most, is gonna land just fine out there with almost everyone listening.  Chances are, even if they do dig into the lyricism, it’s not gonna be any kind of deal breaker – you might even feel like this is 100% your jam thematically, and hearing Lazarus surge through the hooks of this song is still worth the price of admission on its own.  There’s plenty more to be found along the way that’ll more than impress ya in the mix as well, and it’s as structurally sound from start to finish as we know this dude right here to be.  All-in-all, the more you gravitate towards the dark side of sound & themes, the more you’re apt to dig on this brand-new single “Monster” from Lazarus Benson – he’s soundin’ large & in-charge this year.

Find out more about Lazarus Benson from his official website at:  https://lazarusbenson.com