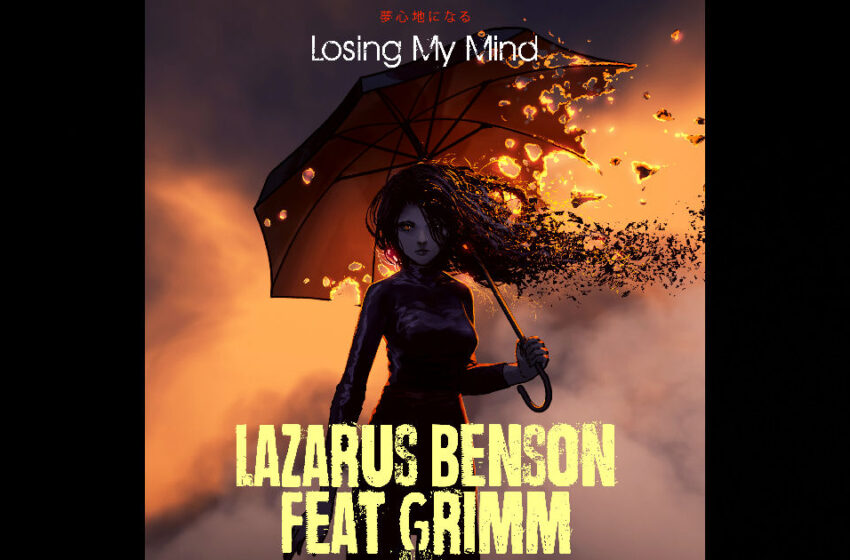 I had this young dude schedule in some studio time back when sleepingbagstudios was still based out of British Columbia…just a regular guy with big dreams, the same as many of you.  Admittedly, he was only at the very start of his career with a couple of bars & beats out there to him name, and he had this odd track that he wanted to record that was called “Crazy.”  I gave him the advice I won’t need to give to Lazarus Benson or his guest-star Grimm today…you’ve gotta own words with the personality they have.  As in…this kid was rocking a song called “Crazy,” and every single time it came around to that point in the hook where he’d rap the word out – crazy – and it would come out with a pulse that was hardly above a complete flat-line altogether.  You might be able to get away with that kind of stuff with a couple words here & there – but not words like crazy or insane or wild etc. etc. – those are the kind of character words that need real emphasis & power to back’em up.

Like I said – I do NOT need to tell Lazarus & Grimm this – it’s a lesson for the rest of you.  But if you wanna hear the effect of that rule in action, listen to Lazarus come out spitting the steely venom of this song’s title as it begins.  Singing…or…screaming…whatever it is you wanna call it…”Losing My Mind” shouldn’t be a calm moment in time, you feel me?  These two guarantee it sure as shit ain’t gonna be an adventure in serenity, you feel me?  Lazarus starts out crushin’ it, and Grimm takes this track so far over the edge in that regard, you can’t help but admire the commitment they’ve got on the mic – they audibly SOUND like they’re losing their minds, right there in real-time as you listen.  To me, that’s nailing it…regardless of what anyone ever feels about the material on a personal taste level, it’s about bringing your best to what you got and holding absolutely nothing back in the pursuit of greatness and getting max potential outta your songs.  Grimm brings pure insanity to the bars, and when you hear “Losing My Mind,” you can’t deny he’s put in the perfect performance to bring this concept to life, kicking, screaming, and thrashing through your speakers.  For real…the dude sounds like he just threw up on himself as this song begins…it’s quite something…pass or fail in the court of public opinion aside, you gotta dig this level of dedication to the moment and the fact that no one out there listening could deny that his A-game has been brought out.

Accessibility-wise…I’m not sure really what to say here.  Lazarus & Grimm would know full-well that a track like this is gonna have a very particular audience and be found well outside of the mainstream – there’s every reason for the average everyday listener to feel threatened & afraid of what they’d hear.  If thriving in the underground is where they’re at, then right on, fire away – I can’t imagine how it wouldn’t be…I don’t think you make a track like “Losing My Mind” with the expectation of it going #1 on many charts other than the most niche & experimental ones…the rest of those charts ain’t built for songs like this one.  Intense, beastly, and absolutely savage from the lefts to the rights, it’s an all-out bloody affair that has the killer advantage of verses you practically have to hear to believe – I can do the best I can to describe how wild Grimm genuinely IS, but trust me when I say, it’s another thing to hear it.  The main hooks of the song are actually extremely memorable and work really well…but ultimately, it’s gonna be hard to advocate that this song has a balance that’s even enough for the majority of people to hear’em.  With the ghastly vibes of Grimm busting out at the beginning and setting this track off in its ever-bizarre intensity…that’s gonna be really tough for many to get past to get to those hooks to follow.  Those that can hang with it all, will likely find they dig the mix of vocal sounds & styles at work here…but I think there’s no doubt that Lazarus & Grimm have ventured even further into unexplored terrain here.

Sound & production-wise, ultimately, it’s Lazarus…the man makes quality music & he’s been having a great year behind the studio boards.  In my opinion, he brings something else to the mix this time around, which is the real insight required to know when a guest-star is gonna steal the show, which Grimm inarguably does here through his performance.  At the end of the day, with the verbal antics this guy puts through the microphone, I figure we’ll all be lucky to even realize that there WAS music happening at the same time as well.  Grimm sounds like that person on the street corner that makes you wanna cross the street to the other side, lest you end up in a conversation about how a hamburger should run for government, or some other completely crazy scenario you can’t get out of while you’re held hostage by the craziness.  I ain’t gonna lie to ya, that’s the personality these words truly needed – like I said, I’ve got no issues at all telling you they nailed this cut, and that it’ll be equally hard for most people to fully appreciate that.  Musically, it’s tightly controlled and incredibly low-key for Lazarus in that respect…but no less intense than the vast majority of his cuts thanks to gnarly Grimm’s live-wire performance.  The chorus-hooks…in my opinion, sound straight outta Faith No More…and any time an artist or band wants to drift closer to the savage creativity of Mike Patton, you can always count me in.

The real bottom line is, they certainly make ya believe it…someone has indeed lost their mind here, and in the process of wanting to share that with us, that madness becomes communicable – you just might catch it if you’re not careful enough…and who knows – your next song might sound just like this does.  Consider yourselves warned – Lazarus Benson & Grimm make for a deadly pairing of talents on “Losing My Mind” on a song that can’t help but stand out for its extreme dose of insanity & twisted perspective.

“Losing My Mind” arrives online this September 24th – find out more about Lazarus Benson at his official website at:  https://lazarusbenson.com