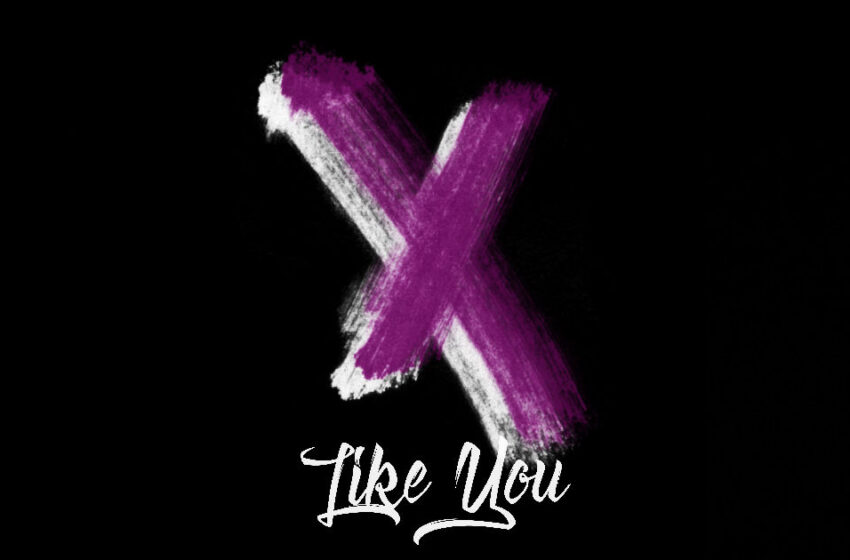 You can always rely & count on Lazarus Benson to generate an onslaught of superior sound & supreme production – that’s just what the man does y’all.  Like you do your thing at the office, or you do your thing at home – making music is what LB has always been about and what he DOES…to the point where I’d imagine he probably even sleeps in his studio between mixing his tracks & creating that next savage beat to keep your ears entertained.  It’s just his nature.  Some of us paint.  Some of us are accountants.  Some of us build buildings.  Lazarus Benson makes music, because that’s clearly what he was born to do.

For real – if you’ve been following along with our pages, you know the name, and you know he’s got a master’s grip on how to execute when it comes to production – the dude puts extraordinary work & detail into his music, and it’s always something I’ve genuinely admired in the man’s songs.  Lazarus doesn’t go for any easy task in regards to his sonic ambitions and massive demands on the studio boards – no – he makes an epic blend of Rap/Rock that requires extraordinary technique and patient hands.  Lots of twisting dials back & forth until he’s got everything exactly where he wants it, including us as listeners – Benson knows how to get the most out of his production and it’s always all-around stellar – this new single included of course, he’s got “Like You” dialed right in to hit your speakers seriously hard.

Where I think he’s ultimately made the wisest choices this time around with his latest release, is in giving “Like You” a much more relatable & universal theme that the majority of people out there will be able to connect to.  Let’s be real here – although we were able to hear the spectacular dynamics of what Lazarus is capable of on his single “Monster” from earlier in 2021, a track like that inarguably lends itself to a much more niche & narrow audience when it comes to the concept & theme on a lyrical level.  “Like You” is way more inclusive & relevant in that aspect, even if it’s essentially an anthem for the outsider – I’d certainly be willing to bet on more people being able to dig on this new single for its relatable lyricism alone, never mind the amount of gripping sound that’ll come surging through your lefts & rights.  A song that powerfully explodes through the core concepts of breaking through negativity to rise about it all & use every moment in life to its maximum potential – I mean…what can I say; not only is the main theme perfectly suited for the intensity of Rap/Rock to begin with, but a more personally involved concept like this, as opposed to somethin’ about a “Monster” makes an undeniably resounding impact.  Don’t get me wrong – I ain’t knocking the previous tune – Lazarus always brings the juice to his tracks in some way, shape, or form – I’m simply saying there’s that much more for people to relate to on this one, and that in the end, widening the scope of accessibility in music will tend to lead to even greater things for sure.

Anyhow.  Here’s where I’m at when it comes to “Like You” – I think he got about 95% of this cut knocked straight into the next park for a massive home run, and about 5% that I’m still a little on the fence about.  As it detonates into the explosive opening and dose of digitally-enhanced, punishing fury of sound & sonic mayhem beginning – I’m all about it – Lazarus makes a huge impression on ya straight outta the gate with “Like You” and makes it clear to every set of ears listening that once again, he ain’t fuckin’ around.  As I’ve said from the get go – the man goes LARGE when it comes to the music he makes, and “Like You” will certainly not let ya down with respect to the amount of hard-hitting sound you’ll hear coming atcha at all times through the many twists & turns through Benson’s latest single.  While I wouldn’t go as far as to say the guy is off when it comes to his own opening vocals added to “Like You” – I would argue that he doesn’t quite get the maximum potential out of his first impression on the mic – and that might be something the man wants to examine.  Why do I feel this way, how do I know it to be true, and why on earth do I even say these things out loud?  Obviously it all comes from a genuine place of love & respect for all music and simply wanting to do the best I can from afar to help guide the artists & bands out there I listen to, into tapping right into that max potential at all times…that’s it, that’s all.  No insidious agenda here, I’m just a straight shooter is all.  And here’s the rub – it’s on Lazarus!  Because brother-man, when you go on to stick this song bar-after-bar-after-bar from about fifty-three seconds in or so on in…I mean…the guy is right on the money as he shifts his energy and tone and gets right into the thick of it all, and blazes his way through the final two minutes.  When you know the quality of what someone is capable of, as listeners, we gotta hold ya to that.  Like I said…I don’t think the opening verse is so far out that anyone would stop listening or shut it down…that ain’t what I’m saying and it’s nothing nearly that savage – I’m simply saying listen to the fluidity & flow of the vocals in everything that comes afterwards…because I think the further this song goes, the better Lazarus continually gets along with it; he brings more confidence to the mic as it plays.  By less than a minute in though, anything you might be questioning is already finished and left behind – “Like You” finds Lazarus on completely solid ground quickly after, raging his way through a single built with bulletproof bars & serious charisma from there on in, and of course featuring the consistently massive & stellar dynamics in sound that Benson’s music is entirely synonymous with & the people out there know & love him for.  Don’t get it twisted – he’s giving you every reason to turn this up – perhaps even more than he’s given ya in the past – “Like You” is another solid step forward in Lazarus Benson’s evolution as an artist, and leader in Rap/Rock’s future.

His brand-new single “Like You” officially arrives on all major music platforms this August 28th – stay connected to Lazarus Benson and find out more from his main website at:  https://lazarusbenson.com