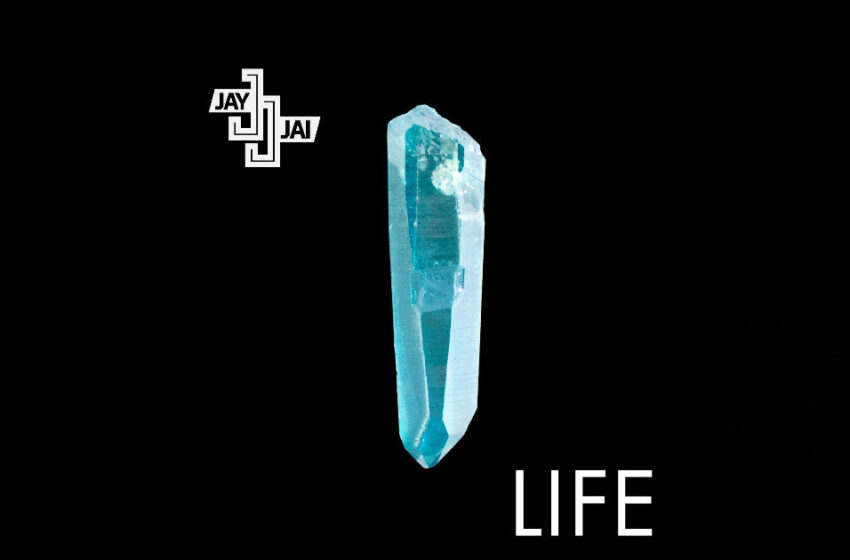 That’s what was missing from last year!  I knew it was something.  You’ll have to forgive me…there’s been at least a couple thangs missing from all our lives during the pandemic era to say the least of course, but that still doesn’t lessen the shock of realizing we somehow missed checking in on our man Jay Jai in 2021?  How the hell did that happen?  We had a solid four year streak goin’ on too, nevermind the fact that we’ve been listening to this dude’s versatile vibes & stylistically slick cuts since about late 2015…I suppose we’ll have to start up the clock countin’ all over again, but yessiree, I am always stoked to have this dude back on our pages again.  Jay’s one of those artists out there on the internet that you can count on to bring something fresh as it gets to your speakers in some way, shape or form…sometimes it’s conceptual, sometimes it’s the beat, sometimes it’s the combination of both – you get the idea – he’s an innovator.

And while it can always be true that absence does make the heart grow fonder y’all…I gotta say – I think the man might have come back with one of his all-time best to start up 2022 on all the right notes.  No joke folks…I finished my first spin through “Life” and the thought that immediately flashed through my head was that Jay’s a level beyond here, know what I mean?  You’ll hear “Life” and you’ll know exactly what I mean – this song sounds so freakin’ good that you can bet your nuts that the entire scene is gonna latch onto this kind of hybrid vibe and do their best to figure out a way to work it into their own material.  Jay’s settin’ the trends here – that’s what I’m sayin’ – and feel free to quote me on that.

There’s just so much to love about this latest single from Jay that it’s genuinely inspiring to listen to – this is the sound of an artist that’s reached that next phase of inspiration and creativity that’ll illuminate the pathway forward from here.  Longstanding fans will be stoked to find that you still get Jay’s soulful swagger and charismatic personality as on-point as ever – and there’s no way that if you were a fan of his music before that you wouldn’t appreciate the way he’s leveled-up here in the evolution of his art.  As I’ve said here about a million times on these pages of ours by now, we’ve all gotta write about something…and Jay’s taken liberties with that freedom to the nth degree throughout the years, resulting in cuts that…hmmm…let’s just say a few of those tunes in the past weren’t exactly able to always reach the widespread audience he deserves given the explicit nature of the content he was previously diving into.  Which, mind you – I’ve always been into – so don’t get it twisted…I’ve always been a fan of Jay Jai’s music, I’m just saying when an artist truly evolves, it’s something you can hear.  I hear that in “Life” without question…this is Jay right in the pocket, doin’ what he actually does best – and that’s leading the way.  Some might say this is the more ‘mature’ side of Jay’s sound…and I don’t know that I could necessarily dispute that – you don’t make a track like “Life” when you’re a punk-ass teenager, you rock the daylights out of a cut like this with confidence as a professional-ass adult yo!  It’s fair to say that what I personally didn’t expect outta the man was how much philosophy he’d be singin’ about through the m-i-c at the same time as dazzling you with the insane amount of hooks you’ll find bouncing throughout the length of “Life.”  This is impressive stuff brother!  For real – I totally dig where he took the lyricism of this track and I would only hope that his true fans out there ain’t gonna give him any flack for evolving as an artist in what he does so much as completely encourage it.  The way he’s structured the lead and the background vocals…the tone of voice and different energies he brings to his words…the radiantly crispy beat, the smooth production, the all-out memorable VIBE he’s created here…is as single-worthy as it is memorable.  The ONLY thing I couldn’t decide on, ever, was whether or not I liked the verses or the chorus more – and that’s a pretty damn nice problem to have y’all.  As Jay ponders what’s comin’ his way after “Life” and kicks his philosophical swagger straight on through your speakers, the subtle infusion of Jazz, Soul, Hip-Hop and more into this Electro-driven beat all stacks up to a massive win for himself as an artist, and equally for us as listeners.  I’d be downright amazed if the people out there didn’t end up having this cut permanently added to their playlists for a whole ton of reasons…and ultimately, that’s the sign of an incredibly well-balanced cut from start to finish, which is exactly what Jay Jai has brought to “Life” for ya.  I’d be foolish not to fully support and encourage what I’m hearing in this song destined to be the single it IS…Jay’s firing up this year at an all-star level already, and it’s freakin’ SPECTACULAR to listen to.  You know what it’s like…you creative-types out there, you’ll relate…sometimes you break through to that next-level naturally without even really thinking about it, but man-oh-man do you know it when you get there, because EVERYONE can hear it – that’s what “Life” is like to experience, 100%.  Now that he’s branched out once more in a new direction, the excitement and inspiration comes with it, and all of a sudden you start mining that next level for everything it’s worth & discover a whole bunch of different things about what you can do, what you’re capable of, and where you can take it all next.  Jay’s proving with “Life” that he’s got TONS in the tank still, even now as a verifiable veteran of the music scene that has already experienced a ton of success along the way…in fact, I’d go as far as to say this latest cut will have you believing he’s about to surge right into his prime all over again.  Nice work Jay.

Find out more about Jay Jai from his official page at Facebook:  https://www.facebook.com/vorietipack