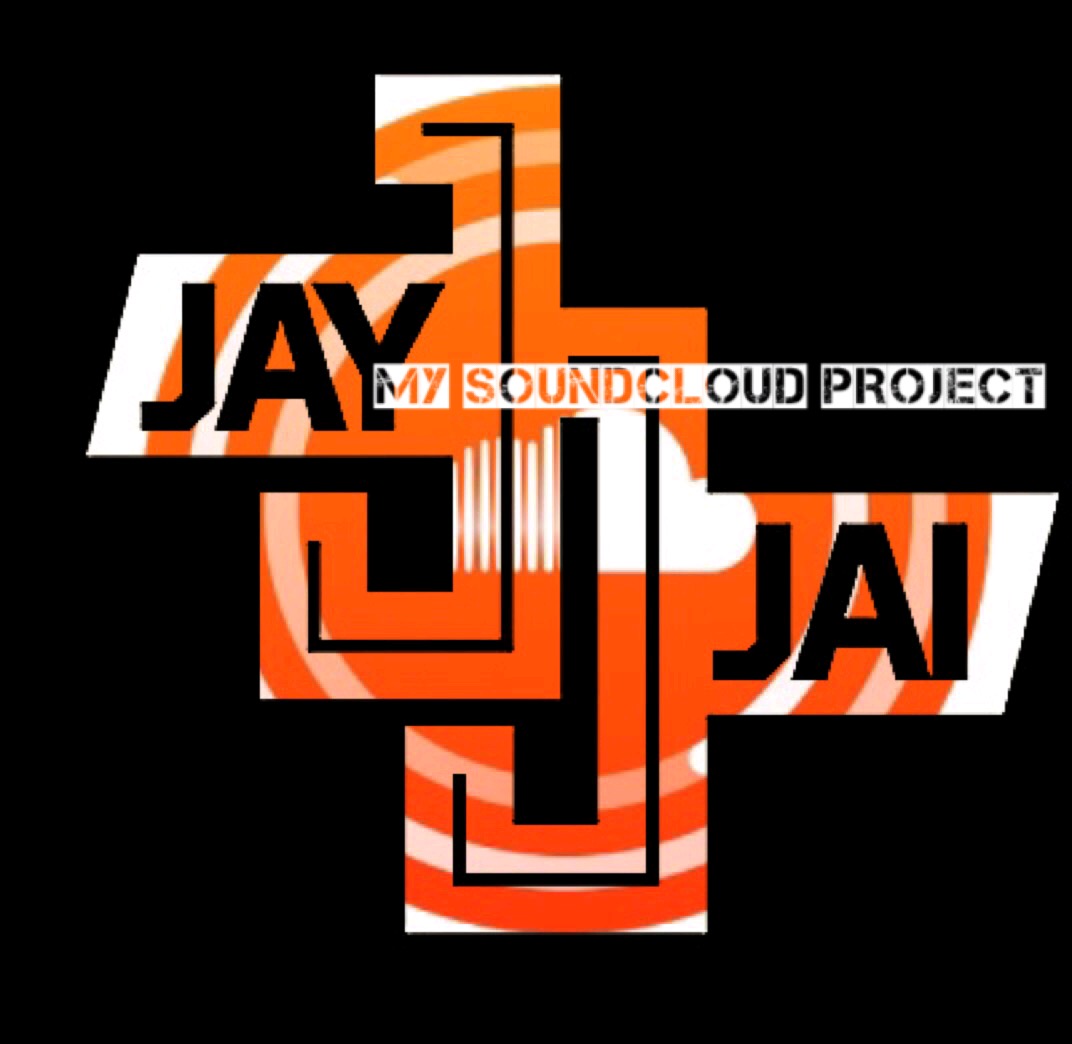 Sometimes behind the scenes you can get a sense of where an artist is at with their work.  I say sometimes…because it’s probably rarer than you’d think; some people will submit music and add the standard links & promo-related materials – usually management…other artists want to stay humble and treat the process with a similar silence or quick hello.  Then there’s the other kind of artist out there that understands when you put the work & effort into the music – you’ve got every right to be excited about it.  You don’t need to set off a flare…sometimes it’s just a sentence or two about the way you describe the music that tips us off behind the scenes that you’ve got something great about to come through the speakers for the world to listen to.

We’ve reviewed R&B-influenced, rappin’ trapper Jay Jai before in the past…and he’s always had a great attitude and energy when it comes to his music…but there was something different this time around.  An added excitement surrounding his new record called My Soundcloud Project that led me to believe that Jay had plenty of good reason to be hyped-up on his latest songs.  An emcee that’s already proven his quality & strengths to us in the past; I guess the best way I can describe it is to say that if Jay was excited about this new album – I knew that I probably should be too.  And by I, I obviously mean ALL of us.  Push play!

Proud to say our man instantly lives up to the hype with one of the best tracks I’ve heard from him so far leading the way; “Water” is a brilliant start to the record and seriously solid jam.  The energy and confidence that Jai begins the album with on “Water” is audibly-measurable – he comes out sounding large & in-charge immediate on the record’s first impression.  Creeping and crawling through the intro – those first words in the verse come out sounding perfectly HUGE and right on-point for strength and tone.  Enhanced wickedly with the auto-tune settings bringing out the perfect accents and emphasis to the melody in the vocal-flow – the chorus of “Water” is seriously powerful and pops right through the speakers in all the best of ways.  Absolutely a cut that immediately has you wanting whatever comes next…but also so good you instantly wonder how the next cut could possibly measure up.

Sometimes that massive first impression can be tougher to recover from; I’ll admit I wasn’t as pumped on “IDGAF” – but that’s not so much the fault of the song as it is the result of the huge impact that “Water” makes at the outset of My Soundcloud Project.  “IDGAF” moves at a much more slow, R&B-influenced pace…the rhythm in the lyrics is right on-the-money once again.  Could also be the acronym to tell you the truth…I get naturally suspicious that artists are working around a gimmick of sorts when I see an acronym in music and lyrics, generally speaking.  I think there’s a bit of that here…but I didn’t feel like Jay overplayed his hand – “IDGAF” is still a solid, smooth tune and immediately presents another dimension of sound, style & range of ideas that you’ll find on this record.

Built entirely of rhythm & groove, the smart electro-percussion-led sound of “RUSH” works well for Jai and has him sounding at his most confident.  Combined with smart-effects added in through production, “RUSH” works with vocal-rhythms as effectively as it does through the music itself, creating an entire atmosphere that pulls you right out of your world and into Jay Jai’s.  Many of the songs on this record showcase the clever instincts and smart choices that he makes in pacing his vocals through the metering or drawing-out of syllables & singing parts – “RUSH” is certainly a fine example of how he sounds when he’s as involved in the moment and focused on creating a truly unique experience from the rest.

Each song, regardless of its style, sound, beat or rhythm-choice – EVERY one of these songs has an impressive set of hooks to work with.  As is the case with “Why Don’t You” and several of the tunes on this record, Jay works with minimalistic beats that maximize their potential and give him the freedom to bring out impressive ideas in how the vocals flow.  Often dipping into R&B-tinged ideas or hooks sung-out to expand the structures – “Why Don’t You” is a perfect example of Jai crossing the borders of genres to create a fresh sound.  Excellent choices on the vocal-effects and mix – “Why Don’t You” possesses that smart pacing and movement that’s leading Jay to some of his best work and material to-date, and once again, he’s adding another dimension to his range of sounds on this album.  Loved the layers of vocals and way that the backing vocals weave around the lead in the verse, loved the added strength they have in being doubled-up on in the chorus – “Why Don’t You” has meaty, memorable hooks and starts a shift into a strong mid-section on My Soundcloud Project.

Jay plays the game smartly by switching up not just the sound of what we hear in the music, or the style of his approach on his vocals…but also in the attitude of the lyrics.  “Situation” is seriously genius-level stuff…and I’m ready to battle on its behalf.  I mean, we’re talking about a massive eyebrow-raiser here; you ARE going to notice several words pop-out from ‘taco-meat’ to ‘saggy Cs’ – and it’s Jai’s ability to switch professionally from focused jokes to serious lyricism without it ever sounding out of place or taking us out of the atmosphere that highlights his true capabilities as an entertainer and captivating emcee.  Where he goes lyrically, as listeners we enthusiastically follow.  Clever pacing and smart movements in his vocals lead Jay to a solid and impressive victory on “Situation” – the music we hear has a mysterious vibe that pulls us in to listen – but it’s the rad lines from the skilled emcee that end up keeping us listening to this cut closely to catch every word.  I dig the added character you can really hear in the words from Jay on this one…”Situation” has a brilliantly committed performance you can’t ignore.

Switching into a more serious soundscape to work with on “Hey MA” as Jay begins the second-half of the record…I dig the loose-feel and approach he’s taken to the vocals on this one.  It’s certainly structured and rehearsed, but you get a completely different feel in the vocals of “Hey MA” that feels like Jai is kickin’ it and chillin’ for a moment while spittin’ thoughts off the top of his dome.  Like he’s slow-trappin’ or freestylin’ thoughtfully, “Hey MA” has one of the more defined atmospheres you’ll find on this record and a real rumble to its low-end.  The electro-beat of “Hey MA” is right on-point, the mix is pure-magic…and yeah, I guess I felt like this tune’s strongest feature is just how different everything about it truly is by comparison to the other tracks, right from the ground on up.  Jai’s stylistic approach to “Hey MA” is what really makes the most of each moment in the music.

In terms of the music Jay’s selected to rhyme-on throughout My Soundcloud Project – every time I came around to “Look Up” I felt like this was bar-none one of the strongest tunes.  It moves much more subtly than a lot of these tracks…I can admit that…it’s a lot more low-key and really establishes itself as one solid-vibe that’s fairly static and complete as it is.  The changes in the song are brilliantly snuck in there and accented perfectly by what Jai brings to the mic here.  It’s one of the best performances from Jay…and an understated one on the album overall…but absolutely an example of how he excels with minimalism in the music.  To be truthful, I wasn’t always as sold on the lyrics of “Look Up” at points in the verse – but I thought the chorus nailed the atmospheric energy of this cut.  Even with a point or two against it in the lyrical respect, I couldn’t stop “Look Up” from remaining one of my favorite cuts to listen to on this album – the movement, mood and metering of this track is flawless.  In contrast, the most musically-involved track, “Life’s A Lesson & A Blesson” also highlights what the man is capable of with more in the mix.  As indicated in the title, Jay works around a clever rhyme-scheme and wordplay to create this cut…excellent hook in the chorus, smooth sound to its verse as well and impressive rhymes throughout.  For me it was those drawn-out lines, notes and tones from the auto-tuned signature vocals from Jay that really made this track work for me.  Jai brings up the energy-level in his flow on “Life’s A Lesson & A Blesson” and makes the most of each bar & finds the perfect places to put his lyrics & flow.

Lyrically, he’s killin’ it on “Open Your Mind” with some of the most important things that Jay Jai wants to communicate on-the-serious.  Words come at you quickly on this one…and that’s because he’s really got something to say on “Open Your Mind.”  Don’t get me wrong…I’m all for a track based on partying, not givin’ a fuck and wild’n’out – but for me, the end of My Soundtrack Project reaches for a whole set of impressive and important ideas.  Expressing more socially-aware and political-content in the lyrics and samples throughout this song, “Open Your Mind” is the kind of song that the world needs to hear right now…and it’s inspiring to hear artists like Jay Jai speaking up about real issues like these at the time its needed most.

“Untitled” continues on the socially-aware path that the album twists more directly into towards its end.  Against another extremely-minimalist beat that’s built on a majority of electro-percussion…Jai’s done himself proud and taken the bold step of making every point he wants to make crystal-clear.  Insightful and thought-provoking words end this record with real strength; up on his soapbox and preaching on behalf of the people with a smooth beat in the background – the subtle ending of “Untitled” was a perfect ending to what’s been a solid album full of incredible balance within its range of sounds, styles and ideas.  Great layout and progression to the themes and flow of the songs on this record…and Jai’s been real smart to combine a whole range of styles, sounds and ways to express his thoughts on My Soundcloud Project – it’s compelling, captivating and absolutely entertaining.

Shout-out to MySpace!  Been a while!  Hit Jay Jai up there and see what’s up at the official page:  https://myspace.com/musicjayjai