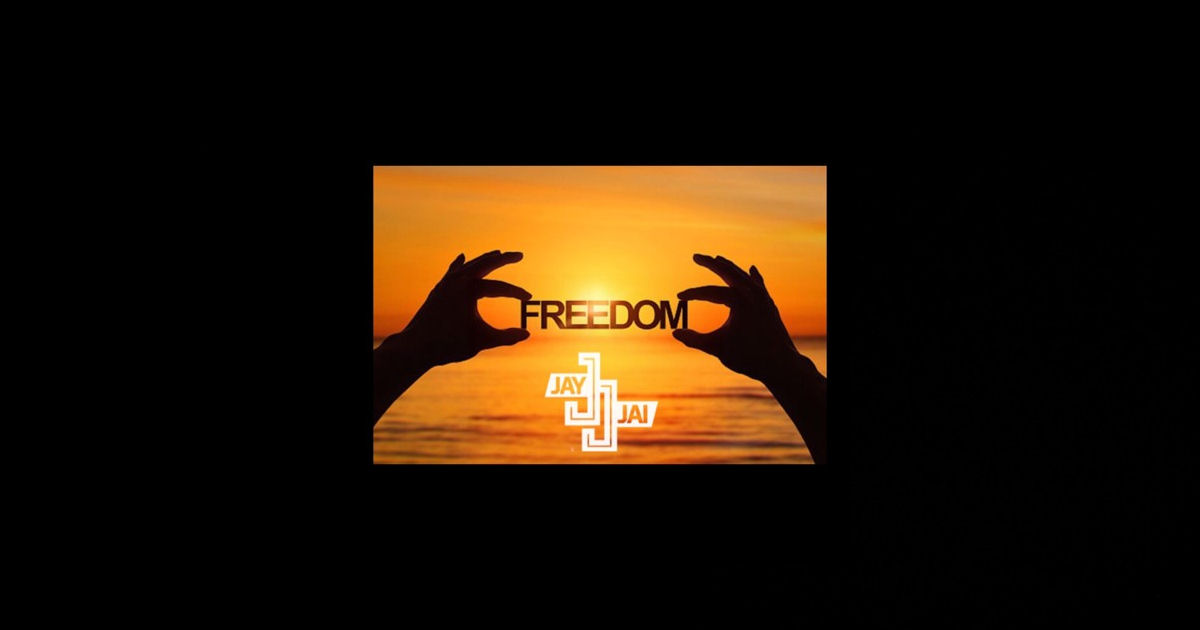 If you’ve ever heard the quiet dude speak up out of nowhere, you know the impact that can make.  Constant chatter is one thing, but having the courage to contribute when it’s less expected always makes more of a difference…or at least that’s the theory I’ve gone with over time.  I think the same can very much be said about artists & bands who we know to make music with…well let’s say a certain style, or set of themes they usually write within – when they deviate from their established pattern, even a little bit, it’s something that people certainly notice.  Or hopefully; they will if they’re woke enough.

Jay’s one of those artists that always seems to speak up at the most crucial times…he’s no stranger to putting in his thoughts & opinions in a variety of ways, which we’ve experienced in different cuts over the years, most notably through the last review we did on the My Soundcloud EP he put out last year.  Up to that point, perhaps it’s arguable that the majority of what we knew & had heard from Jai was centered around life, love, fuckin’ & wild Friday nights…well-constructed ideas for the most part all the same, but maybe more internalized to his own story & experiences than the most widespread themes he’d explore in his later material.  In his earlier work, let’s just say that ‘widespread’ would refer to a whole different thing all together…as in the legs of the ladies – but he’s been evolving as an artist over the years since then.  Don’t get me wrong, I’m sure Jay Jai is ALWAYS gonna be a ladies man when it comes right down to it…but on a musical-level, it’s been awesome to hear him reach further lately.  And not only because it’s the right thing for him to do personally – it’s the also the time where the people need artists & bands from every corner of the world to use their platform for the greater good more than ever.  There’s a ton of wack shit happening out in our world right now – great music is one of the main keys in combatting it that the people have…and I’m stoked to see an artist like Jai doing his part.

So it’s in saying all that…that I better pass on the disclaimer that comes from the man himself regarding the first of the two tracks on this split side-A/side-B-style single he’s got here, called “GunMan.”  It says:  “In no shape, fashion or form am I condoning or promoting the actions of these sick individuals who have bought such sorrow to our families and communities.  I’m simply suggesting rules who all should live by on the daily because you never know when someone else might take your life.”  And look…you can agree, you can disagree…quite honestly, that’s what makes our world as great as it is when we’re doing all that with respect for one another – but the bottom line really is, perception IS reality.  These words are a direct reflection of the world that Jay Jai is living in, right in the here & now, and the truth of his own perspective & experiences.  Many of you will relate to what you’ll hear on “GunMan” and on “Freedom” to follow…as to what that says about our world right now…I almost don’t know what to say other than to say that I’m almost simultaneously sad that so many of you out there will connect to these words & enjoy’em at the same time.  It’s a strange world we’re living in right now & these cuts highlight that fact.

It also says a lot about the state of things, given that he felt the need to explain something that’s 100% clear when you actually listen to the song itself.  This is again, a reflection of the reality we’re living in right now…we’re a planet full of buzz words, click bait, and misleading headlines right now though…and just seeing the artwork of “GunMan” (a pistol colored with the American flag) or the song’s title alone will be bound to set a few people off before they even take the time to listen to what he actually has to say.  If you’re really listening, you’ll hear that a song like “GunMan” is designed like a protest chant in many ways…you can almost hear that the space that exists could be filled by a call & answer from one leader to a crowd of people surrounding.  What I admire here most is the message itself…and that’s where Jai is succeeding solidly for sure when it comes to “GunMan” – he’s not graphic, he’s not over-the-top…he’s realistic, relatable, and honest with what he sees happening in the world and providin’ ya with some words to live by.  “GunMan” has a very…like…almost militant approach…not necessarily rigid, but firm…Jay loosens up the vibe a bit for the chorus, but for the most part, this track walks a very straight line in formation from beginning to end.  When it comes to message-heavy music…I’ll admit…it can be much tougher for a track like this to hold up over time…it’s kind of one of those things like, once you feel like you ‘get it’ you’ll feel like you can move on, or come back to this particular cut whenever you’re in the specific mood required to dig on it.  And that’s not just Jay’s track here, that’s just kinda the nature of how making socially relevant material goes…it brings you right back to that time, every time, when it’s done right like this; Jai’s “GunMan” and the timestamp it carries will always be a documentation of what the climate of the people is like in 2019.  He’s actually got some extremely rad things happening on this cut musically too…but you do have to dig for’em a bit…the horn-samples are rad…the percussion & beat are badass…and the low-end groove is actually the most awesome of the whole range of sounds goin’ on.  Mix-wise, it’s hard to fault a song where message is key when the vocals are the most prevalent aspect…that’s the nature of the design & the intention I’m sure…but that being said, I want that low-end to have a way bigger presence and the high-end hi-hats dialed-back…because one of those two aspects is the main star of the show and the other’s mixed like it is…and I ain’t exactly tuning into “GunMan” for the hi-hats, as much as I might dig them – ya feel me?  Jai puts poetry & soul to work on the microphone, and that works well in his favor – it could very well be that the low-end is just SO KILLER that I know it deserves more of a feature spot on this single…or it could legitimately be that there are sounds a bit too high-up on the surface of “GunMan” – that’s probably gonna be something we all hear in our own way.  Ultimately, I suppose what I’m saying to the man is, he’s got the biggest hook of the song by far, buried a bit…”GunMan” still delivers a full shot’s worth of entertainment, no doubt…but pump that bass & give this a remix and @ me bruh…I’m guaranteeing ya you’ll love what you find in the difference it could potentially make here.

You could actually argue it’s “Freedom” that needs the warning along with it…this track hits hard and makes more of an impact in the overall points that Jay’s looking to make this time around, in my opinion – and I’d probably say there’s a good chance that, entertainment-wise, this track is also bound to catch the people’s attention even more-so than “GunMan” did.  A highly unique song to the Jay Jai catalog – he’s nailing this if you ask me…from the imagery in the narrative of the story, to the importance of the words, to the impressively stylistic way he chooses to sing & rap this cut, “Freedom” ends up being a fully memorable experience that makes points you couldn’t possibly miss.  Honestly, it’s downright CHILLING at times…Jay defines “Freedom” like you’ve never heard it done before…and he makes you really appreciate just how much of a ‘careful what you wish for’ situation it really is.  “What good is freedom if we ain’t free?” he asks…and he certainly ain’t wrong…that’s one of a great many insightful lines you’ll find throughout the lyrics of “Freedom” – Jai will essentially define the freedoms that we do have right now in this world…and good lord…they’re straight-up fucking horrifying.  As grounded & realistic as it gets for sure, but fuckin’ horrifying nonetheless – Jay’s got pinpoint accuracy with his words on “Freedom” and the entire uniqueness of the music & vocals that come along with his lyrics & thoughts give a track like this every opportunity to stand out for all the right reasons.  He’s making a savage statement here…and from what my ears can hear, he’s hit the target with supreme accuracy.  Jay makes us all take a seriously hard look at what “Freedom” actually is, and brutalizes us with what it isn’t in an effort to drive this point home in a powerful way that can’t be missed – and he does that perfectly, right to the very last seconds of this track, putting a spin onto the ending of this song in a way that makes everything he’s said to us hit home by cutting it off directly in the middle of everything still goin’ on; seemingly out of nowhere it just ends…driving home the point that, what little “Freedom” we do enjoy, is fragile as fuck…if it wasn’t entirely an illusion to begin with.

Really strong stuff from Jay in these two cuts…and truly awesome to hear him standing up for what’s right at what’s arguably one of the most important times, if not THE most important time in our history, to make sure we’re all using our voices to shout for change and following through on making it happen.

Listen to more music by Jay Jai at his page at Soundcloud here:  https://soundcloud.com/jay-jai-1