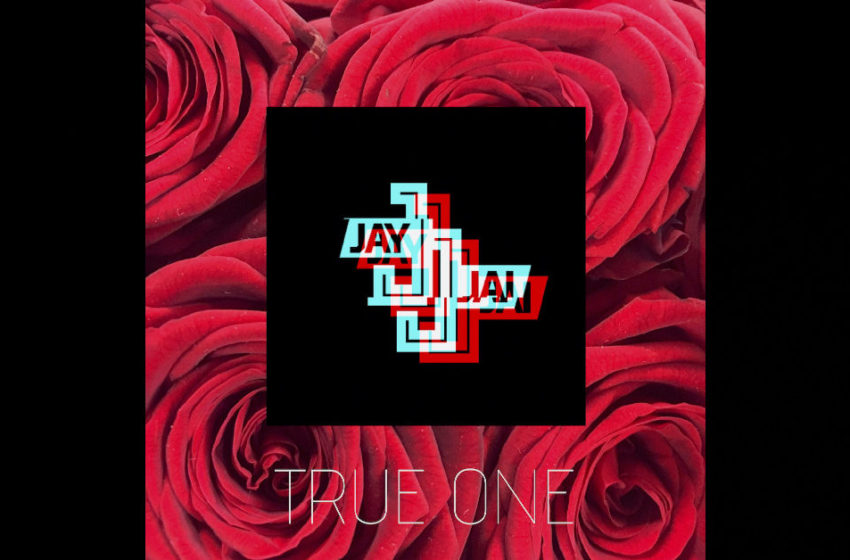 While it’s certainly no secret that I’ve been a fan of Jay Jai since first hearing his music nearly five years ago & having written about it several times since – it’s always awesome to hear the man back in action with something new & exciting like his latest single “True One,” released officially on Valentine’s Day.  For some artists/bands out there, five years can go by in the blink of an eye and they’ll maybe put out one record if you’re lucky…Jay’s not the type to sit still anywhere close to that long thankfully.  Dude keeps his hustle & grind goin’ 24/7 and the recorded results have spoken strongly for themselves over the time I’ve been listening – it’s always 100% apparent that he puts everything he’s got into everything he does.  With pure dedication, genuine interest in the craft, and an arsenal of impressive skills on display from the music to the microphone, Jay Jai continues to evolve as an artist & push himself to the next level.  “True One” is a bold reminder that every time he shows up with something new for us to listen to, he’s got something we haven’t heard from him before…the man’s always ahead of the curve & settin’ the trends.  This new single from Jay is further confirmation of what I’ve been shouting about here on our pages for literal years now – Jai’s got what it takes; he’s got that X-factor required to put serious entertainment in your ears, with a signature swagger of his own that you couldn’t possibly miss.

So…lots to unpack here.  To know Jay Jai’s music is to understand his warped perspective as best you can.  Would most artists out there think of putting out a cut like “True One” on Valentine’s Day?  Probably not…it takes some really cojones to put out what could essentially be interpreted as an anti-love song of sorts…or at the very least, a cautionary tale likely based on real-life experience.  Jay’s put a wide array of emotions, thoughts, and feelings into “True One” – some of them tributary & objective perhaps, others scarring, pointed, and direct…as in, believe me when I say, you’re not in for the happy love-song you’d expect to find released on the internationally recognized day of love, you feelin’ me?  Somewhere over there on the other side of the internet, Jay’s having himself a chuckle about the fact that he’s put this cut out there on Valentine’s Day…I don’t know it for a fact, I just know it to be true.

What you won’t find is any reason to complain.  Maybe it’s not the sweetness you were expecting in the month of February, but “True One” is a hella good cut!  LISTEN to this dude start up this new single will ya?  Jay Jai starts crushing this track from moment one, stylistically sliding smoothly through the verses, capitalizing on the pronounced punch of the beat and sly additions to the sound surrounding him.  While the sheer pull of the hooks in the verse would have likely been more than enough to secure a full nod of approval from me, or from anyone listening for that matter, JJ takes this track to massive heights with the explosive way he detonates the chorus of “True One.”  Talk about a transition that hits the mark!  You likely won’t see it coming at first, but right around the forty-second spot, you’ll find the main star of the show take this whole song into the stratosphere with the surging electro-synths firing off powerfully and the vocals strengthening through Jay’s impressive energy, smart effects, & killer background layers.

Give the man credit where credit is due, because he really deserves some for this performance – this is how you give a song everything it needs.  There was no possible way that the energy he brings to the verse could have worked in the chorus, or vice versa, know what I mean?  Jay responded perfectly to the wild dynamics of the music in “True One,” keeping it subtle & stylistic throughout the verses, and then taking his own soulful sound to a nuclear level with the energy he brings to the mic in the chorus.  All this stacks up huge in his favor quickly and at under three-minutes in length, you best believe the entertainment factor stays up throughout that full ride.  Both of the song’s main aspects of verse/chorus pump out massively irresistible hooks – and what if I told ya that Jay STILL finds a way to give this cut one more advantage with the brilliant finale he puts into “True One?”  Almost unbelievable right?  I felt the same way when I was listening for the first couple spins through Jai’s new single…I heard that first verse and was immediately enticed, thinking to myself that Jay was gonna be seriously on his game once again from the moment this cut began.  Then that chorus hit and I was like, “ohhhhhhhhh SHIT son, there we GO” – because the shocking impact it creates really gets your heart pumping with spine tingling sound.  The final switch, which is kind of one of those combinations of verse & chorus, begins around the 2:20 mark…you know the type of ending I’m talking about here…not necessarily free-styled, but perhaps more free-spirited, know what I mean?  Jay lets the vocals rip with high-caliber expression and perfect tone as he doses ya with one last hook unique to the song over the course of its last forty seconds or so, creating an ending that perfectly fit in the flow and fully amps up the final moments in all the right ways.  If there are faults to be heard in JJ’s new single, I certainly can’t hear’em – “True One” has the man sounding large & in-charge, confident, cool, collected…and completely at the top of his game early in 2020.

Listen to the new single “True One” and tons more music by Jay Jai at Spotify here:  https://open.spotify.com/artist/7z0jzNOyqN1aEZ0hFlyRxE