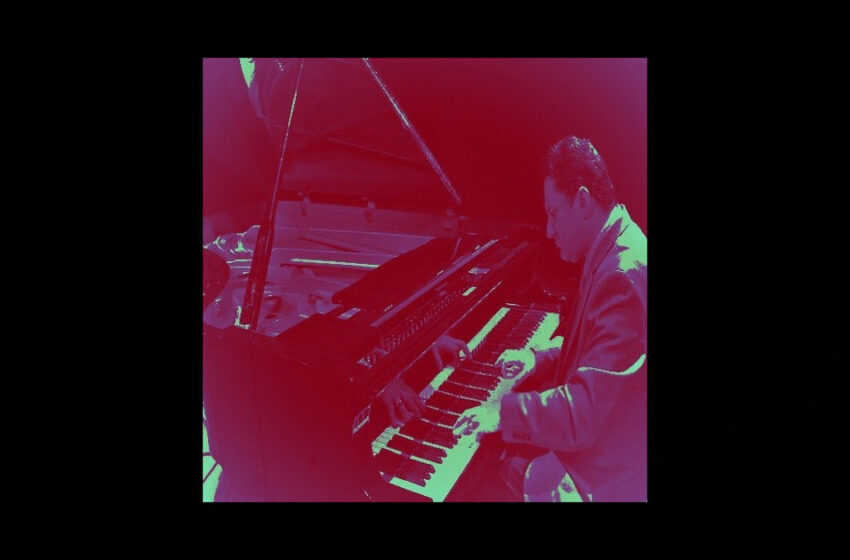 …I mean, at the end of the day, you wouldn’t find me turning it off.

That’s kinda the thing about Galliano Sommavilla…dude’s one of those artists you can rely on to always supply a quality tune, and even on his worst day he’s still got something about 10% better than the rest.  Incidentally, we’ll have Glenn Murawski not too far behind him on our pages once again this week as well, for those out there keeping score on who tends to appear at this site the most.  I have no actual idea if they’re even aware that each other even exist, or if they’ve realized yet that they keep about the exact same schedule of creativity going relentlessly around the freakin’ clock.  Champions they are.

This particular cut when it was originally put out there came out as day number five of Galliano’s 365 day-long set of continual creativity & releasing a brand-new tune every 24 hours.  Also much like Glenn, he’s been digging into the past material he’s made to shine it all up a bit brighter for the here & now.  As far as I understand it, along with what’s likely some slightly updated production on “(I Wish You) Godspeed And A Safe Return,” it’d be the vocal-sample that eventually comes into play that would be the newest addition to what we hear.  Does it make the song?  Kinda actually.  Does it save it?  Unsure.

I’m never gonna be opposed to the long build of a story, and in general, I feel the same way about music – I suppose that’s just how I hear things unfolding as I listen to any given song or record – I like the backstory, I like character building, I like setting up the scenes to follow…these things can be essential in a great tune, just like a great book.  Like, I’m currently reading 1100 some-odd pages of the extended version of The Stand by Stephen King right now, simply because I wanna know MORE about those characters I already love, and get more to their story through any tiny extra details I can get.  I would feel much differently if we were talking about something like, say, The Fast & The Furious franchise – I don’t need another movie or chapter of a story or more details to a tale that doesn’t really interest me.

With a minute & forty-ish into “(I Wish You) Godspeed And A Safe Return,” I did feel myself shifting in my seat a little bit, waiting for this rocket to blast off, which eventually turned into just hoping it might; that’s a fair length of time when it comes right down to it, and we get to that point where we even start to wonder if that next significant switch is even coming.  So while, like I said from the get-go here, I still enjoyed what I was listening to and the atmospheric vibes that Galliano had created, it was a little on the meandering side of his ideas, looking for somewhere to root itself into and lock into the moment.  Which again, to his credit – he was cruising at full speed putting out a song per DAY for an entire year – sometimes you gotta spin the wheels of repetition a bit so that you can mentally prepare for that next move.  And sometimes, just sometimes, when that’s the case, you might end up rockin’ one particular part for a couple bars past its expiry date…and arguably, Sommavilla gets pretty close to that here.  It’s not that there isn’t anything at all going on, there are tiny additions & subtle movements that shape the sound of “(I Wish You) Godspeed And A Safe Return” if you’re listening closely – but ya just might have to in order to really notice.  For most, my gut tells me that this beginning doesn’t quite hustle enough.

You do hear the inspiration begin to take hold and the spark get added into this track at the same time that vocal sample is introduced to us – and I’d have no problem advocating on behalf of the rest of this entire song once it is.  For the next three-minutes, you’ll hear Sommavilla lay down some seriously subtle grooves at the core of this track, and in general, the collage of sounds combined together not only really starts to create a brilliant picture we can see clearly post-1:40, but you get that movement & engaging entertainment you were looking for on “(I Wish You) Godspeed And A Safe Return” all along.  It is hard to say if you could just get away from choppin’ it to that essential three-minutes and call it complete without any of the intro setting up the latter half of this song…but I’d imagine having shortened that up just a little might have been beneficial in terms of the massed out there listening.  Me?  I’m fine like I said…I’m here, and I’m always willing to listen to more music by Galliano Murawski…err…I mean Glenn Sommavilla…wait, that’s not right either – Galliano Sommavilla – that’s the guy!  But yeah…I dig what the man does personally, so I’m not put off by the opening 1:40, but I’d readily admit to it being the later stages of this song that really cook and bring what you wanna hear to your speakers.  He’s got something here in the notes I’ve got that come with this song that mentions just how pivotal that vocal sample in this song became, and I think that’s something we can absolutely hear…it’s about as defined of a turning point as you’ll hear in a tune, and seems to spark everything else that was needed in the surrounding sound to come alive, become more involved & ambitious, and give this song the second chance it seemed it was searching for.  Once he’s got his creative engine revved up & ready to roll and he’s got a bead on where that next chapter will take him, you can hear the gears all shift & lock into place firmly.  It might not be the most balanced structurally; it might even stack the odds against him a bit in terms of retaining the everyday listener’s interest or at least walk a very fine line for that first 1:40…but assuming the folks out there can stick it out and let this musical story fully unfold with its extended intro, I’m positive they’ll dig on what they hear in the chapters that follow.

What haven’t we done here yet…let’s see, let’s see…Twitter!  Let’s do that.  Tweet Galliano Sommavilla til your heart’s content or til your fingers are sore & ya can’t tweet no more, right here:  https://twitter.com/musicbygalliano

FUN FACT:  Did you know Galliano Sommavilla was nominated to our top ten list in 2020 last year?  He was!  This is proof.

Tags: (I Wish You) Godspeed And A Safe Return Galliano Sommavilla Singles sleepingbagstudios