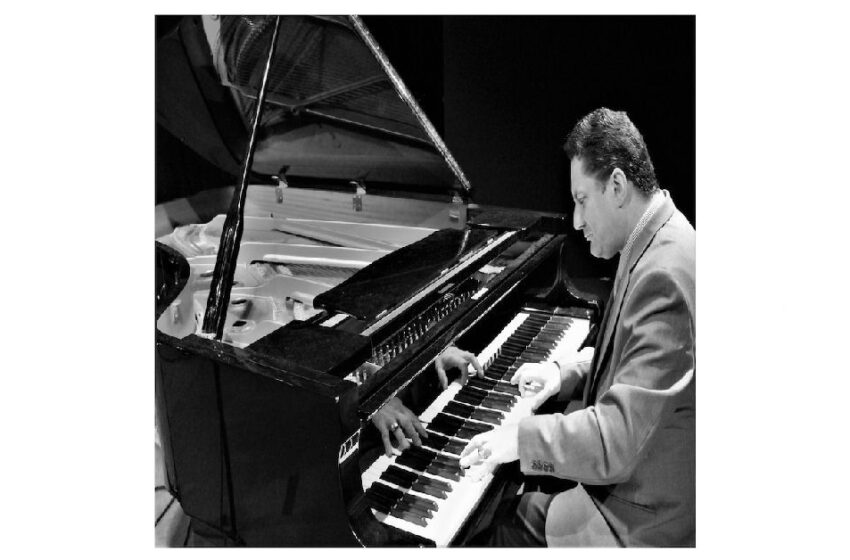 Alrighty…if you read yesterday’s review, then you know already know, as promised, here I am, back to tell ya more about the music of Galliano Sommavilla – and this time with the whole internet’s worth of information to back me up.  We discussed first impressions of his song “Morning Doves” in the last review, and today we’ll talk about his song called “Ponder This” – we’ll also wrap up the mystery we started up yesterday too.  If you haven’t had a chance to check out what we had to say on “Morning Doves” – do that by clicking here – and then buckle up, I’ve got lots to tell ya about “Ponder This” too.

As I mentioned yesterday…there was a tiny label attached to each of the singles I had received over on my side of the screen here…an indication that these two songs were part of something much more.  It was a marking that simply read “Day 139” attached to “Morning Doves” – and we’ve got what is technically known as “Day 297” when it comes to “Ponder This.”  Ponder I did while I was waiting for our system to update over here during that first review, let me tell ya…just how much music is this guy making over there in Australia where he’s based out of?  I’ll tell ya exactly what I was pondering dear readers, dear friends…I was pondering how I could get my hands & ears on a whole lot more of Galliano’s music after hearing those first two cuts that came to us through the random of the internet.

It turns out, that won’t be a problem at all.  Galliano’s already amassed an incredible career as a composer & contemporary pianist that traces all the way back to what’s beyond his debut record released in 1995 I’m sure…as far as his own personal connection to music is concerned, I can see visible evidence in his bio that this guy has basically been rockin’ in one way or another since he was about FOUR years-old.  He goes on to join a couple of different bands throughout his experience, including Galliano And The Word and Galliano And The Sommavilliains; he’s racked up awards for his efforts and numerous accolades from fans, peers, and critics alike for his performances, videos, and music.  In fact, as far as I can tell, Galliano has been on a steady diet of making music his entire life essentially.  Respect!

Where things concern us here in the present, still takes us into the past of Galliano’s music, but it does solve the mystery of these songs with numbered-days listed in their titles.  As it turns out…somewhere in the realm of May 2013 – May 2014, this dude dives into music like you’ve never witnessed before; Galliano sets & achieves one of the most ambitious goals I’ve ever seen myself in this music-business of ours, and goes on a complete audio adventure in writing & recording a song a day for an entire YEAR.  Hence songs like “Morning Doves” from yesterday’s review being listed as Day 139 and this other single here called “Ponder This” being listed as Day 297.  So yep…as you’ve probably guessed by now, there is a TON of music out there by Sommavilla from this incredibly inspired harvest of his own creativity, art, and music…what we’ve got here in these two reviews of Galliano’s music literally equals two of the three-hundred & sixty-five tunes he put out into the world in a single year’s worth of time.  And while I haven’t had a full year to absorb that entire list by any stretch of the imagination yet – both “Morning Doves” and “Ponder This” are certainly more than enough incentive to seek out & listen to a whole lot more of the music this man has been making throughout the years.  He parlayed his efforts into full-album releases, and you can actually find an astonishing NINETEEN records out there from his 365 day streak that contain the entire body of material he was working on during 2013/2014.  It might have taken him a year to create’em all – but by the time the series was officially wrapped up online, it took all the way to 2017 to get all these albums out in-full – if THAT doesn’t tell ya folks just how much music he’s been creating…I don’t know what else could.  But it definitely strikes me that, no artist in the world in their right mind would take on such an enormous task if they didn’t have the means & talent to do so to begin with, and more importantly, the inspiration, dedication, and commitment required to carry it all through.  My musical universe is that much better of a place now just knowing there’s a guy out there like Galliano that has devoted his life to the art & craft, and uses his passion each & every day.

So “Ponder This” indeed…ponder all of it as far as I’m concerned, and support an artist like Galliano Sommavilla, who’s not just making brilliantly compelling and cleverly composed music you’ll love, but he’s one of the rare artists who don’t just talk about being a musician every day – he’s truly living that life and making the most of every moment.  This second single is simply more confirmation of many of the great things I had to say about his music in the review from yesterday in talking about “Morning Doves” – you’ll definitely find similar levels of exquisite depth in the emotion, melody, and atmosphere he’s created for “Ponder This.”  Somewhere in the middle of…say projects like The Album Leaf and Peace Orchestra, you’ll find music like this absolutely thriving on a whole bunch of playlists out there, and certainly my own now included.  “Ponder This” generates a subtly intense groove that quickly takes hold & never lets go, spilling out highly engaging & interesting textures & tones from your speakers until it surrounds you in-full with its digitally-infused mix of charming & curious sound.  What I particularly love about both songs we’ve got here from this sample of his 365-day effort, is that neither of these tunes are remotely phoned-in.  One would almost assume that Galliano would have had to be rushing at some point throughout a project of that length…and who knows, maybe there’s a song or two in the set of 365 that he feels came out that way – but you won’t find that being an issue with “Morning Doves” or this other immaculate gem he’s got with the chilled-out vibes & stunning flow of “Ponder This” either.  My gut tells me, that any ‘flaws’ that would be potentially perceived in his 365-song set would likely only be heard by Galliano alone…as listeners, these songs sound to us like he’s spent years on them, not just mere hours & days.  So credit where credit is due…he didn’t skimp on quality, he didn’t treat you to diluted ideas, he didn’t pull punches in the attention to detail – everything you want to hear in the mix is right there & where it should be, and the results of his efforts speak volumes on behalf of what he’s capable of.  I love the ethereal & otherworldly atmosphere he creates at the outset of “Ponder This” and the way this whole song evolves & expands so expressively, adding in subtle transitions and elements along the way that all get the space they need in the production & structure to complement the design.  The bass-lines in particular, keep this cut movin’ & groovin’ with slow-burning rhythm…the melodic synth elements & vocal samples are straight-up magnificent and push the whole song to the next-level.  “Ponder This,” much like my experience with “Morning Doves,” is all the confirmation my ears require to know beyond the shadow of a doubt that Galliano Sommavilla is a true man of music; he knows how to make it sensory…how to make you feel the emotion of the moment…how to make sound come ALIVE.

Highly impressed with everything I’ve heard so far and I’m certainly looking forward to hearing a whole lot more.  He’s officially returned to the scene post his 365-day experience, with a brand-new record in 2020 called An Ethereal Landscape – and if these two songs we’ve just reviewed over these past couple days are any indication of what we can expect from Galliano Sommavilla…well…believe me when I say, he’s got the kind of audible creativity, talent, and insightful composition that’ll never let ya down.