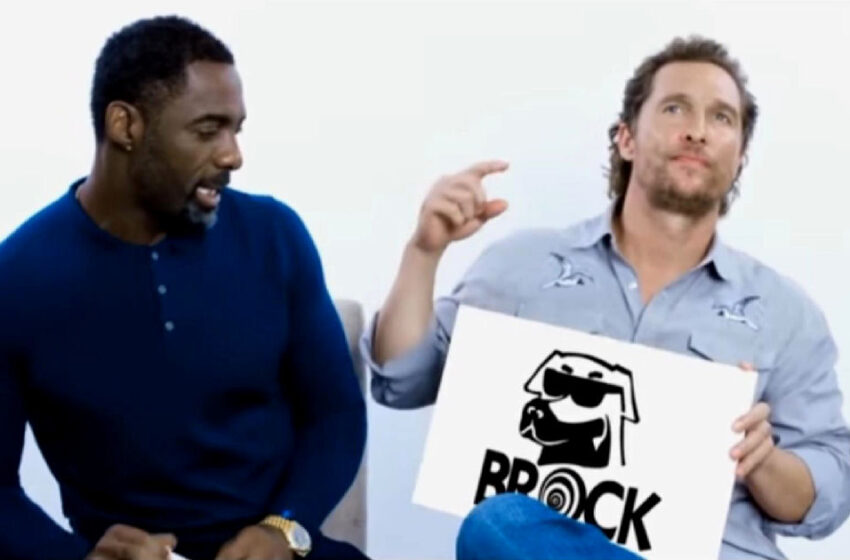 Well would ya looky here?  The king of musical branding is back in action – this time with an all-star cast!

This is what I’ve been tellin’ ya all along…right up the big bold capital letters of his moniker & song titles, BROCK continually makes rad moves that stand out, whenever he shows up.  Considering just how much music he creates & how many videos come with it all, that’s genuinely saying a fucking metric TON – for his output to be as consistent & constant as it has been, and the audio & visuals always bringing something new & exciting to our face-holes…BROCK is one of the hardest working artist/producers out there in any corner of the music-scene we all share, undeniably.  The fact that he achieves such 100% impressive results time & time again is an authentic echo of the inspired passion he puts into his craft.

“IWILLCHANGEYOURMIND” is another master-class effort all-around from sight to sound.  What I am definitely NOT gonna do, is list each and every celebrity face you’ll see appear onscreen throughout this video…because there are literally THAT many of them, and we’ll be here all week reading instead of watching it like we all should be.  That being said, here are a few name-drops to entice you in…you’ll probably be surprised by just how many people are in BROCK’s corner…but I’ve been tellin’ ya from day one this dude is something special beyond words…it was no surprise to me that he’s now got the full-on Hollywood celebrity seal of approval, it was only ever a matter of time.  You’ll see cameos by:  Bruce Willis, Will Smith, Tom Cruise, 50 Cent, Matthew McConaughey, Idris Elba, Matt Damon, Amy Poehler, Will Ferrell, Aaron Paul, John Cena, Terry Crews, Salma Hayek, Kristen Bell, Melissa McCarthy, Mila Kunis, Jennifer Lawrence, Chris Pratt, Charlie Hunnam, Justin Theroux, Anne Hathaway, Emma Stone, Jennifer Aniston, Ice Cube, Julianne Moore, Gerard Butler…and no joke, so many more in the mix along the way that I’m probably just too out of touch to know myself, or have simply run out of space to list.  Watch it for yourselves will ya?  That’s kinda the reason we post these music-video things around here…

Now…while of course he’s hijacked all these spectacular celebrities we recognize, know, and love – ain’t this rad AF to watch?  “IWILLCHANGEYOURMIND” is all-around stellar visually, a whole lot of fun – and paired with the kickass cut that BROCK has created to go along with it, he’s got another wildly winning combination from the speakers to the screens that’s bound to get him to the top of your playlists out there, if not a seat right up front with all his new homies from the video at the next Academy Awards in 2022.