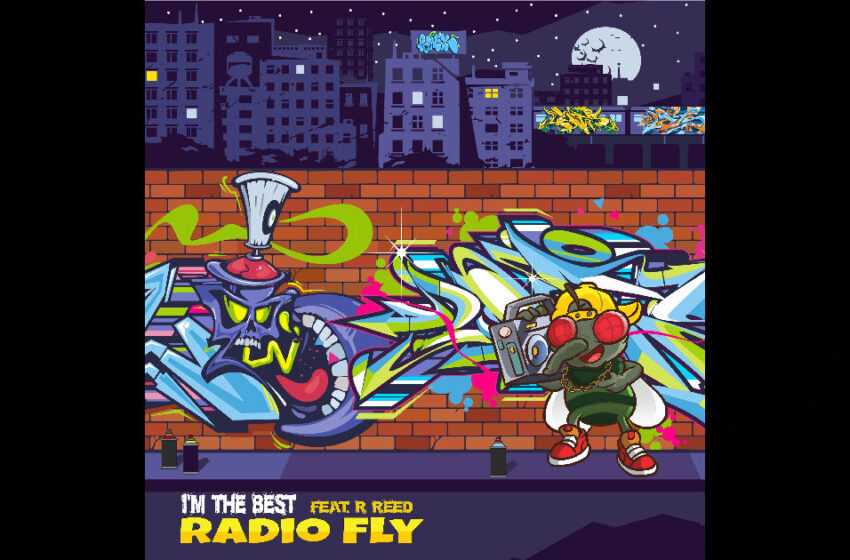 “Got these haters out here stressed!”

I certainly ain’t hatin’ today…so consider me as cool as the cucumber you know me to be.  I like what I hear in this single quite a bit really…I think I’m off the hook stress-wise…though I will admit, it can be TOUGH trying to keep up with songwriter Jonathon Brannon and his multi-millions of side-projects that seems to continue growing on the daily.  Don’t go thinking that’s any kind of complaint though y’all – all that means to me is that there’s a whole bunch more music out there being made by a reliable source, and if you gotta take a couple minutes to track it all down, that’s the joy of the hunt.  I come from the days of dial-up internet and secondhand shops yo…you think a simple Google search is gonna slow me down?  Please.  Anyhow – you get the point – this man keeps busy and he’s always focused; Brannon’s easily one of the most collaborative-minded music-makers out there in this scene of ours, and I think with this new single…I’ll have to double-check…but I think with this latest cut and its Hip-Hop/R&B/Pop vibe goin’ on, he should be getting close to having taken on EVERY genre at some point along the way.

Alright…maybe I’m being over-dramatic…maybe I’m embellishing this story to a degree or two – the real truth of the matter is that I’ve heard the man go from Country to Rock to Alternative to Pop and back again in the many years I’ve been listening, which traces back to about the mid-summer of 2017.  Throughout that time, not only has he tried several things and found much success & accolades for his efforts in the process, he’s also introduced us to a whole bunch of new names in the process as well through his collaborative cuts.  In fact, as a longtime listener & proud supporter of JB’s versatile tunes, I could tell ya that a track like “I’m The Best” almost kind of picks up where he left off in 2018 when he was rockin’ solo as Brannon with J LyriKal on a single called “I’ll Be Here Waiting”…similar kind of hybrid, crossover ambitions and intentions in behind the writing, resulting in a versatile sound that’s got a lil’ something for everybody.  “I’m The Best” appears friendly from the very get-go…but make no mistake, it’s a confident cut as well that has no problem diving right into a whole bunch of declarative statements & set the record straight on who #1 really is – and I’m inclined to agree with Brannon as Radio Fly here with R Reed…they’ve got a wildly appealing vibe goin’ on with this single that borrows from the old-school in a new-school kinda way, you dig?  Like, even take the way it opens for example, swinging big with the hooks up front – that’s essentially the formula to start up an old-school BEEF session y’all, claiming to be the best right off the drop – on a debut single no less!  It’s a damn good thing they’ve got the collective skills to back it all up or they’d potentially be in some trouble right now.  Like I was saying, they’ve got a new-school sound on their side as well…ultimately a track like this gives us a great cross-section of where those two realms meet in the middle, and provides the opportunity for a collaboration like this to push all things forward.

Everything’s come together here like the Avengers assembling for ya in audible form.  R Reed is a serious talent and verifiable force on the mic…the man knows exactly how to make every syllable work to his advantage, and ours as a result for that matter – but you’ll hear him flex the X-factor finesse you wanna hear through your speakers.  He’s got this one spot in each of his verses where the flow snaps brilliantly into place with just a touch more pace & intensity, and every single time it brings a huge grin to my face – it’s performed with undeniable swagger in the verbal department, and R Reed deserves major credit for just how stellar that all comes out.  With sung-out hooks alongside him that perfectly suit the song, and smart layers of backing vocals popping up, playin’ his own hype-man keepin’ it lit as you listen – personally, I love how endearing and sincere this cut can be at times, yet how direct and straight-up it is as well.  You get this solid mix of confident reasons as to why they are the best throughout the verses, and in the chorus, you get a dose of universal accessibility and earnest sincerity that seems to add in this like…I mean…I dunno how else to explain it other than you wouldn’t write this tune unless you REALLY believed in the words, you feel me?  So it’s like…you end up in the chorus and it’s almost like a genuine pleading for you to understand what’s really real y’all – they’re the best – this matter has been settled.

In any event, whatever your assessment or conclusion may be – I’m willing to wager that you’ll find this single to be every bit as excellent as I’ve claimed it is – so make sure to have yourself a listen.  Radio Fly is coming out on extremely solid ground with “I’m The Best,” unafraid to make bold claims and chase down big dreams…I dig the attitude, I dig the vibe…I’m excited to find out where this will go from here.

Find out more about Radio Fly at the official website at:  https://theradiofly.com