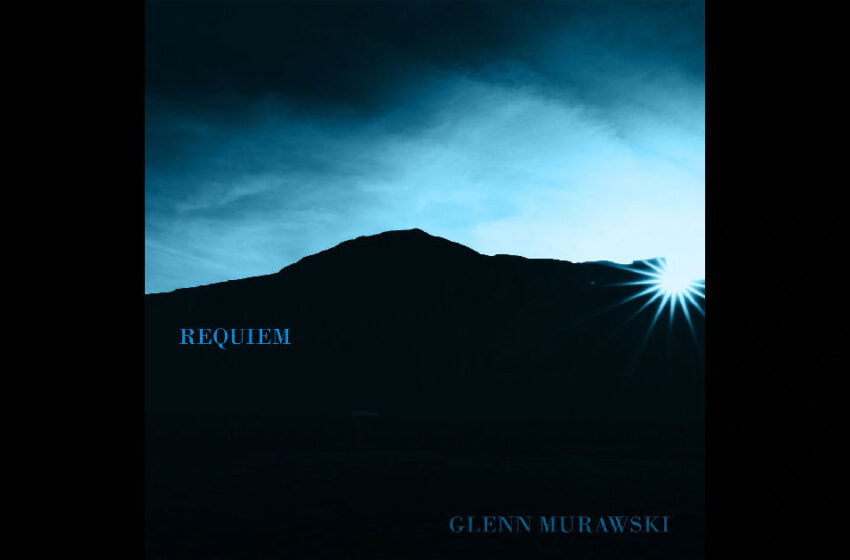 It’s a Murawski-filled May up in here…

You know I’m always the first person to admit when the man’s cooked up something special for ya, or if Glenn’s colored outside the lines, I’ve been there for those experiences too over this past couple years or so in reviewing his music.  From the earliest comments I’ve made on records like Glenn Murawski’s Revisions & Remasters Volume 1 & Volume 2…heck, even Volume 3 later on…and EPs/albums like Absolver, Clear Away, Vicissitudes, his Electronic Melodies & Existential Chambers series, the new Alternate Versions series he’s started, and so much more in between…this dude’s been sparing no quarter when it comes to his creative output and proven to be by far one of the most active artists out there in any corner of the scene you’ll find.  Murawski makes music – that’s the slogan, the mantra, the anthem…the facts – it’s just who he is, and what he does, full-stop.

Some of you know that from reading the interview we did with the guy, which really got Glenn to open up about the music he makes, why he makes it, what drives him, what inspires him & whatnot…and some of you know this from the sheer amount of times you’ve seen the name Glenn Murawski appear at our pages…his rate of production far surpasses even the most dedicated to their craft, and though we’ve experienced a few varied results along the way at times, there has never been an experience that I can recall where Murawski hasn’t provided something well worth your time in listening to.  That being said, of course in the comfort & confines of an entire lineup of songs like you’d find on a record or an EP, the odds are in all of your favor…somewhere in there, you’ve gotta strike gold at least once right?  Glenn’s proven to do this without complication, time & time again…not only does his output far exceed any reasonable human-esque expectations or wildest ambitions, but his average for putting out a quality tune is also right up there on an equivalent scale…he’s capable of truly moving music that can take your breath away.  I’d argue he’s got one of those delicately stunning & spellbinding tracks right here in fact.

“Requiem” is as gentle & delicate as it is bold…a stellar example of how the slow & steady composition of Murawski’s music continually dives deeper as it plays on, making his moves subtly without any disruption to the immaculate fluidity of the atmospheric aura he’s created.  It’s sparkly & shiny yes – but in a remarkably sincere way that uses its textures & tones in sensory ways that appeal just as much to your mind as they will to your heartstrings.  “Requiem” is proof that staying the course & dialing right into a moment can lead you to spectacular results – and that the simplest ingredients can stack up into something real tasty if you add’em all in just right.  Is it going to be the summer single you’ve been waiting for to turn up & cruise down the highway with, now that you’re all finally coming out of lockdown?  Heck no!  But at the end of the day, there are many ways to understand & appreciate what a ‘single-worthy’ sound is all about, and “Requiem” still has a ton of verifiable justifications for being one.  Take the mesmerizing & hypnotic qualities of the sound to start…listen to how Glenn keeps you engaged at all times on a track that’s moving at the rate of just a little bit faster than an iceberg’s pace – he’s in no hurry here, and nor should he be; but good lord the patience he can reveal on the inside of a song is absolutely all of a 100%, full 180-degree turn from what it seems like on the outside of it all looking it at his catalog growing DAILY.  Honestly, you’d think he was two different people altogether in that regard.  From its cathedral-esque qualities, to the sparkle & dance of the sound shimmering on the surface, or how Murawski finds impressive ways to add melodic parts in layers that brilliantly interact with each other for our amusement & enjoyment – there are so many alluring qualities to “Requiem” that make it stand out for the right reasons, and none of them have to be anything that would make it a top-40 hit – because that’s not really what ‘single-worthy’ is to begin with, you feel me?  Single-worthy sound is what you feel…music that MOVES you through that chill in your spine, that melting of your heart, the swell of joy in your chest, thoughts of hope, thoughts of despair…that desire to embrace whatever is coming through your speakers and make it a part of your DNA & the entire soundtrack to your LIFE going forward – that’s what ‘single-worthy’ sound truly is – it’s captivating on several levels; and by a definition like that properly applied, “Requiem” has plenty of it in-store for ya.  Glenn makes the icy glow of this single work wonders for him, transitioning & morphing “Requiem” in the slightest of ways, but keeping us right on the edge of our seats with a mellow vibe that’s just as intense as it is evocative.

Find out more about Glenn Murawski and his music at the official pages below!

Listen to Glenn Murawski’s music on the SBS Podcast:  http://sleepingbagstudios.ca/sbs-podcast-110