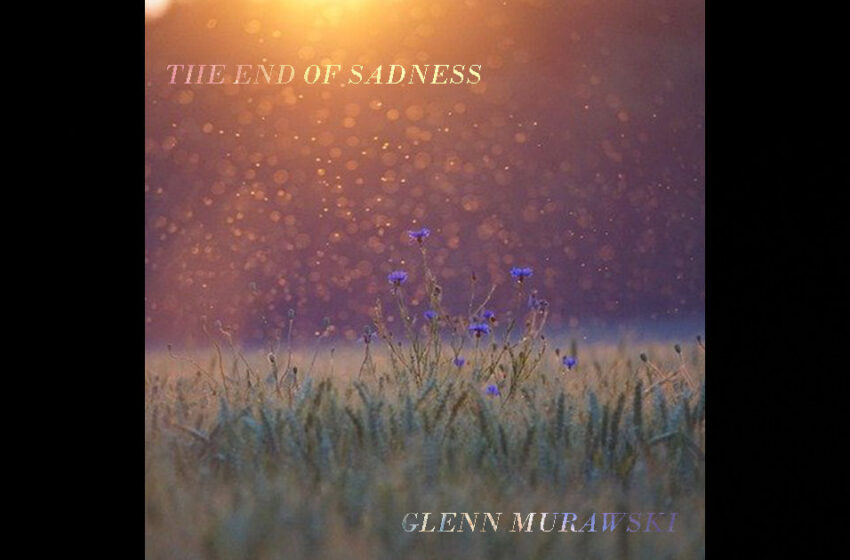 “The End Of Sadness,” or the “Rebirth Of Happiness” – I’ll let you decide.

We’ve been on quite the ride over the past year, haven’t we Mr. Murawski?  In behind the scenes on the other side of the screen he’s on, Glenn’s been through a real life-changing last 365 or so…the effects of which have certainly shown up in his creative output and the results here on our pages in a litany of reviews that we’ve written about his tunes.  Heck – you may even recognize his name from our current TOP TEN of this year, currently nominated & in the running for our annual Best New Sound for his incredible efforts on the 7 Days Of VGM Challenge: The Elements record…and of course the many, many times he’s shown up here as we’ve continued to follow him along and ride out the sea of emotions taking him on such a trip in 2020.

I also have extremely good news for many of you on that front, fans and new fans alike.  In throughout my scattered notes and details here in my research and whatnot, we’re preparing an interview with Glenn right at this very moment over here on our side of the screen…and I have the feeling he’s in the mood to talk about a ton of what has played a role in leading the man to put out over 100 tracks THIS YEAR alone.  There are details that, as much as I would love to share them with you, in my opinion, they belong to a story that is his to tell – so rather than completely give away the entire scope of what’s inspired this final split-single from Glenn before 2020 is over, or what this song fully represents to him personally…or this entire past year for that matter…gimme a week or two, and let’s see if we can’t ask the man a few questions that’ll help fill in all the blanks as to what’s been driving his creative process at maximum speed.  I can’t promise ya EVERYTHING and I don’t wanna put any additional pressure on the guy that’s about to take on twenty questions I put together that no doubt ramble on harder than Led Zeppelin did…but like I said, it’s his story to share – and I have the feeling he’s ready to share it with us.

I meant what I said in the opening line of this review…and I think a lot of people out there, including Glenn, will certainly understand what I mean in saying that “The End Of Sadness” could have just as easily been called the “Rebirth Of Happiness” – or something to that effect, you get the idea.  When you hear the…inherently enlightened sound of “The End Of Sadness” begin, it feels like an audible spiritual awakening is happening; there’s a melodic embrace of a tangible melancholy for sure…but if I’m being entirely truthful here with ya, the stunning beauty to be found is more than a rival for any sadness.  That being said, I’d imagine that’s largely the point – this isn’t “The Current Moment Of Sadness I’m Still Stuck In” – it’s “The End Of Sadness” – and representational of a line in the sand, drawn definitively by Glenn.  As subtle, sweet, atmospheric, and graceful as it can be, it’s equally bold in what it stands for personally to Murawski…this is that moment of reflection upon what has been, before he moves on to his future.  Just because an artist has been making music all year long & doing what they love creatively doesn’t always equate to simply being happy behind the scenes – in fact, many of you artists & bands know that it’s the complete opposite that’s most likely the truth…that an outpouring of music has a direct correlation to a catharsis we desperately need in order to function in the rest of our daily lives.  I suspect from all the conversations I’ve had the pleasure of having with Glenn over this past year or so that he likely agrees, understands, and has employed this very method of coping through the music he makes – and it’s in knowing just a fraction of what he’s been through that I’m proud he’s reached “The End Of Sadness.”  Doesn’t mean it won’t come back one day, doesn’t mean it’s gone forever of course – none of us escape its grip in this lifetime – but it is a sign that he’s resolved many of the thoughts, feelings, and emotions he’s experienced over this past year or more, and that he’s ready to move forward from here.

My known penchant for relentlessly & willingly spinning this guy’s tunes aside, he’s got a real exquisite gem with “The End Of Sadness” that has a whole lot of heart in the mix…and I’d assume that could easily be heard by all.  He doesn’t write songs to be hit-singles or needlessly flashy or any of that stuff – Glenn Murawski’s music is quite often a blend of orchestral-like ideas, and produced with a firm grip on how to effectively use both digital & analog instrumentation in every scenario I’ve personally heard myself.  The music he makes, no matter what tools he’s using, always comes out with a truly compelling, natural and organic aura to it…and I suppose that’s how we end up knowing – not just hearing, but feeling it, and knowing – that we’re listening to Murawski’s music when it comes on.  At this point, after hearing as much as I have from his catalog, I’m convinced I could pick his songs out of a lineup blindfolded, just by listening; not at all because the songs are similar, but because the passion & emotion is so recognizable.  It’s literally the most cohesive thread that bonds all of Glenn’s tunes blissfully together if you’re paying attention; to me, it’s unmistakable, and genuinely unlike any other out there rockin’ similar sounds.  “The End Of Sadness” makes incredible use of ear-catching sounds and the space required to make it all stand out perfectly…Glenn puts on a remarkable display of control, professionalism, and self-restraint here when it comes to the design, composition, and structure…none of this is remotely rushed; he’s locked right into the moment & feeling the emotions in this music every bit as much as we do listening.

Coming with “The End Of Sadness,” is the added bonus of “Tangible Hearts” along with it – and full props to Glenn for always adding that value into the mix for ya when you’re picking up his music!  Here’s where he’s gonna hate me though…yet I’ve gotta go and be myself and put this in print ANYWAY…

I definitely like or love “Tangible Hearts” just as much as “The End Of Sadness” and probably more – is that wrong?!?  Like I get it, I get it…the other cut stole the title spot in the marquee…well, not so much as stole but earned it in a different way, of course related to the whole journey Glenn Murawski’s been on personally…but like…I mean…I can’t just say this isn’t awesome if that’s what it really is folks, and that’s how I feel, so there ya have it, right here in print in black & white for ya.  I LOVE “TANGIBLE HEARTS!”  There.  I said it.  It feels better to have said it.  Moving on…

…because there’s a point to having said that.

Many of the songs we hold most dear to ourselves personally, might not always generate the same strength of connection with listening ears…honestly, it’s just kinda the nature of the game.  Go ahead and ask just about any musician you know about what their favorite song on their album is versus the one they’d put out as a single and you’ll discover the truth right then & there – or what a fan’s favorite is, that would yield similar results in comparison too.  It ain’t gonna be the same choice, that I can tell ya from relentless experience – and that’s directly because the artists & bands…the PEOPLE behind these tunes…they’re human…and they’ve got attachments to the material that no matter how hard we listen, or how much we might think we ‘get’ a song, we might never quite form the same strength in that bond.  I’m just saying it’s completely natural that Glenn would have “The End Of Sadness” as the A-side here in that regard…it makes total sense, given what it represents, and how it puts a pin in 2020 once & for all.  For the rest of us though…well damn, I ain’t gonna lie to ya, “Tangible Hearts” is just a more universally accessible style of song with a melody that reveals itself quickly, as opposed to the more gradual artistic build & developing allure that a song like “The End Of Sadness” has.  The elements in the battle between art versus accessibility never change…and in terms of the masses or that instant approval, accessibility tends to win people over mighty quick, as I’d suspect the soaring sweetness & moving piano/flute combo of “Tangible Hearts” will certainly do.  But that’s just the thing with Glenn Murawski…you’d be hard pressed to ever find a song in his catalog that can legitimately be called a B-side to begin with – they are RARE, far, and few between when it comes to this artist & his music…this split single is A/A for sure in my opinion, and offers two unique & fascinating glimpses into what he does so entirely well.