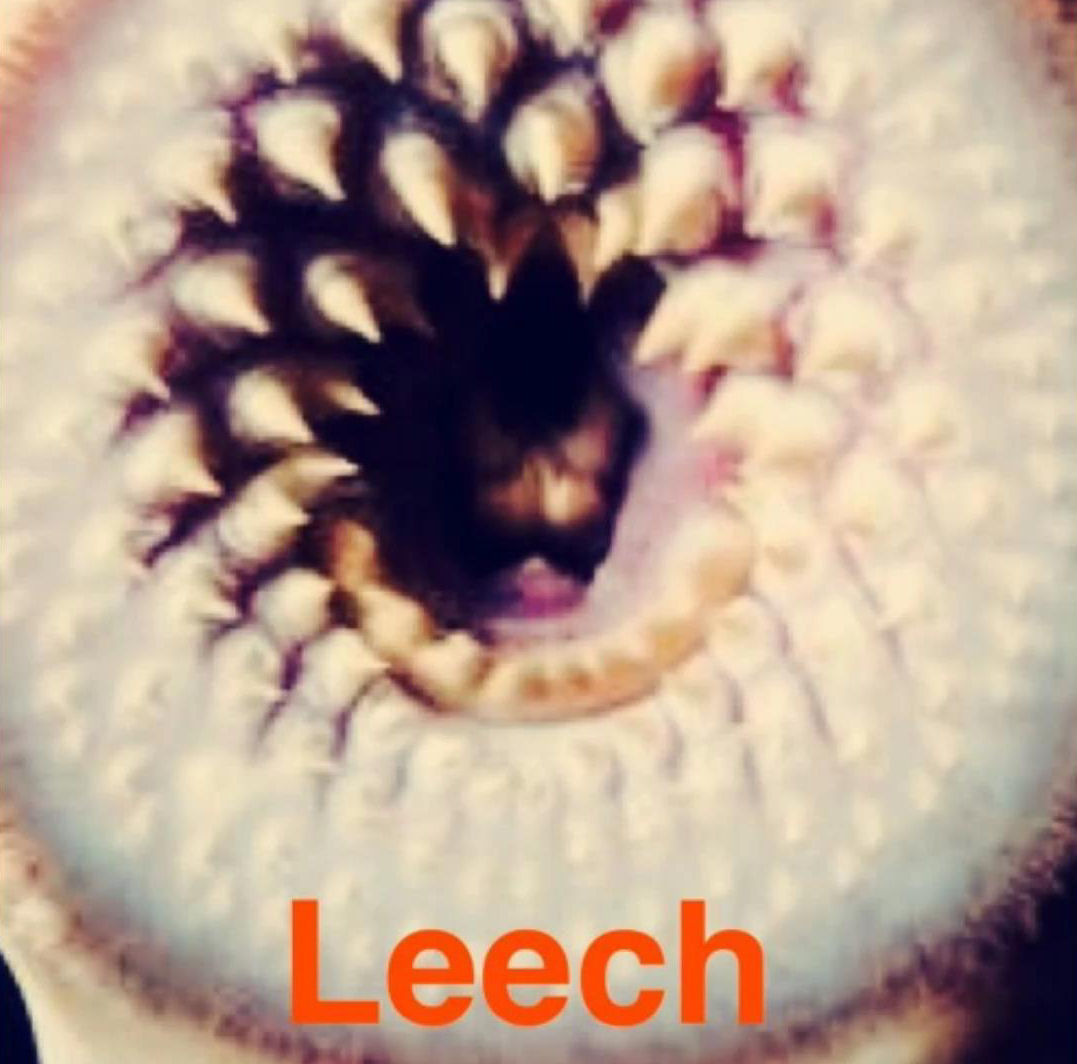 They say there are cyclical patterns you can identify in music.  We all have heard about the way a style or sound will burst out, fade away and come back again…that’s one of the known examples.  What about your work habits though?  Do those tell a story as well?  Take Digital Escort – the last time we heard from this crew was in April of 2017…which, mind you, isn’t that long at all; but for them…maybe.

So it was back in April that we reviewed their song “A Beautiful Tragedy” and we’re almost in September now, ready to review their new cut “Leech” here today.  You wanna take a guess as to what happened coincidentally in 2016?  You got it – same thing.  We reviewed their song “Fuckstar” in April 2016 and then they disappeared until we heard “Machine” in September of that same year.  I don’t know if this completely proves my point but it certainly does serve the narrative I’ve got going here; music really is cyclical!  I’m not sure it proves anything at all to tell you the truth, but it did seem like an interesting observation; and if last year was any indication – Digital Escort has likely been hard at work over the summer and creating a whole bunch of tunes we’ll probably see & hear popping up online over the next several months.  No complaints from me – I’m always stoked to have these guys back in the mix…they’ve always got badass ideas and solid combinations of stunning sound that bridges the gap between the rock & electro world in their own punishing industrial style, and have a tendency to push themselves as far as they can go creatively.  I dig that…many of you out there likely do too.

“Leech” has Digital Escort locked into some really solid execution when it comes to the chorus and structure of the tune overall; and as you’d expect, devilishly menacing sounds in the mix.  Credit to the highly inventive guitars that fuel the chorus of “Leech” – that was the absolute number-one standout to me in this cut.  I really dig the rasp & rage of the vocals in the chorus-hooks as well – they sound ultra-confident, huge, gripping and all-out insane at times.  In addition to the awesome Pretty Hate Machine-era synthesizer sounds they’ve got strewn throughout the song, these were the things that worked the most strongly in favor of Digital Escort this time around.

Verse-wise…don’t get me wrong, they haven’t committed any crimes…just some things to consider.  I think it flows well and the idea is the right one…I’d just maybe suggest a possibly different approach to the vocals here.  Tone-wise, no problem, lyrics are fine too…leaving them more bare than the overdriven effects and layers on the chorus also helps add to the definition in the transition between the song’s main two parts as well, though I still felt at times they needed a bit more…something.  Maybe just a touch more reverb to sink them into the mix a bit, not sure…just a little something, dash of salt even.  What I think they want to consider most is the repetitive nature of the lyrical-structure and how they repeat those final lines in each sentence; the idea itself WORKS – but this is Digital Escort right?  Not gonna lie…seems like they almost made a strange choice here by manually repeating the words and not choosing an effect that might echo the words instead, or change the sound slightly on that repetition.  That’s where I felt like keeping it more straight-ahead in the mix and execution of the vocals seemed a bit more at odds with the ideas in the music.  That being said…I think they almost get away with the kickass additional elements in the digitalized backing-vocals that run through the chorus…I’d say that either those need to come up just a bit more or the vocals sinking into the music just a little more…one of these two things might make the entire difference in giving it the impact the idea deserves.  As it stands – it’s just enough of what we need to make it all work…exploring those options in the verse might allow them to discover even more of what the idea has to offer, that’s all I’m saying.

Besides that…how many songs can you think of where you specifically listen for that part you love?  Tons right?  “Leech” might be a bit like that for me personally…I honestly can’t get enough of the power in the chorus of this cut and think all the surrounding instrumentation and programming is seriously tight – that was more than enough to sell me on this cut overall.  Those incredible guitars…those raging vocals…the clever background ideas and stunning atmosphere provided by the synth sounds continuously killin’ it…smart & simple low-end bass-tones to keep the entire tune severely thick in sound when it’s at its most full.  The breakdown from the two-minute mark is insanely rad through the storming rawness of the vocals bursting into a scream, then jumping right into an instrumental section that shines a huge light on what has been the biggest hooks in this song the entire time, allowing those guitars to fully standout in a moment on their own was a great idea.  Underneath the burning fury of vocals in the chorus, those guitars are underneath the eye of the storm…I wouldn’t have wanted them to go unnoticed to ANYONE listening…so personally, I was stoked to hear this wicked riff get that separated moment in the song to really let the people hear what’s happening there.

So there you have it…maybe a few things to consider in a remix, but otherwise, it’s already a really damn good tune in the Digital Escort catalog that has all the parts of their sound you know & love, staying true to their style and doling out another dose of their harshness to the people direct.  Solid stuff, as always.