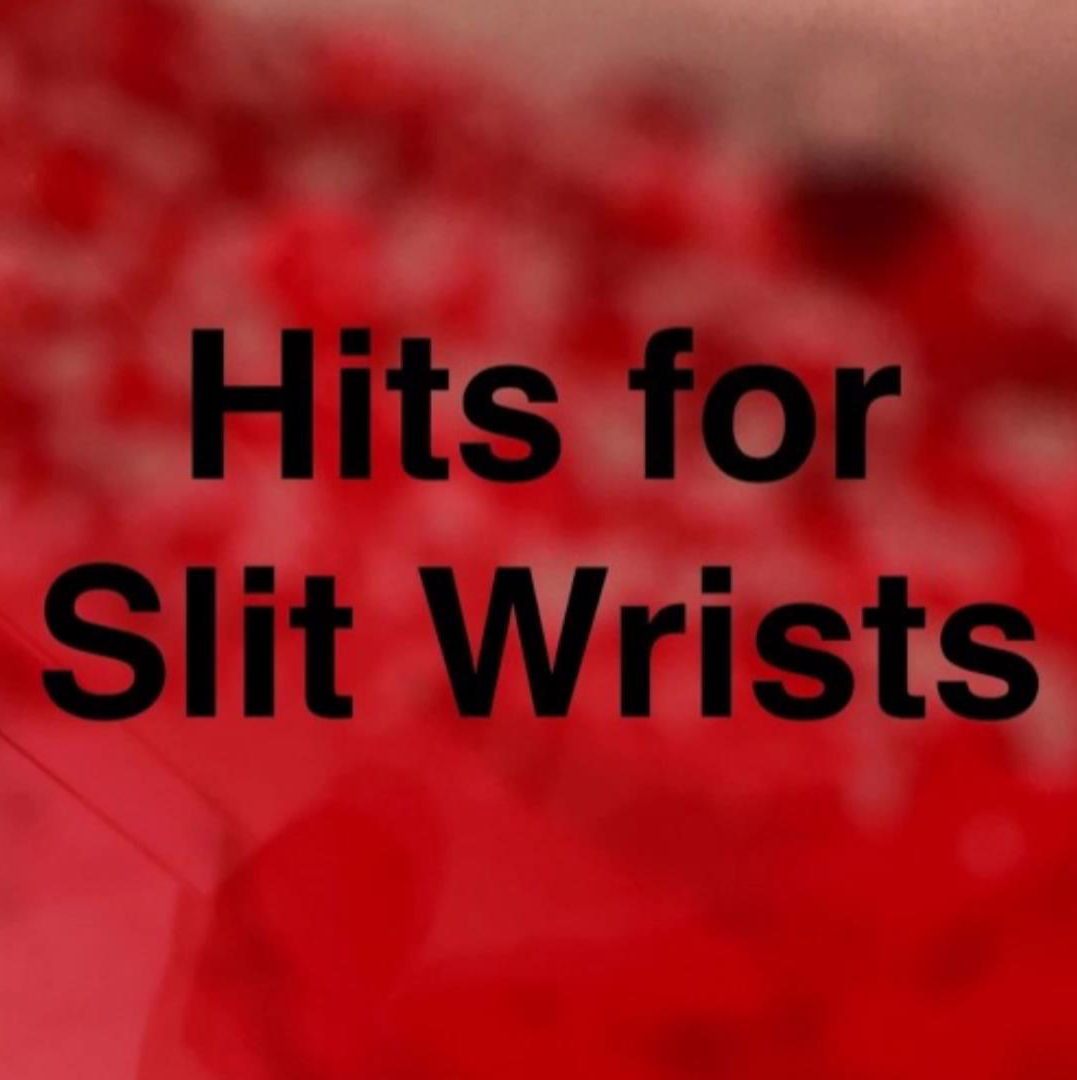 Well now!  No one ever accused Digital Escort of doling out the audible-sunshine now did they?

With a notable twist of their electro-sound shifting more towards the extreme-industrial side of their style on the new single “Hits For Slit Wrists,” Digital Escort might not be the happiest music you’ll experience on any given day but they’re certainly a band you can rely on to completely entertain.  We’ve reviewed tons of this band’s singles as they’ve been released as Digital Escort edges closer to the release of a full-album reportedly happening in upcoming 2017.

One of the things I like best about Digital Escort is that they’ve consistently released material that’s diverse and often pulls you towards different sounds or styles you might not normally listen to through their ability to write, record and deliver hooks that command the attention.  Some more-so than others – “Hits For Slit Wrists” doesn’t just command the attention, it grabs you by the collar and holds you up like the killer in a horror movie before they gut the victim.  Their new single might start out appearing friendlier for a brief moment with the electro-synth intro – but Digital Escort quickly super-charges the beat with drum-samples and shouting vocals that sound like they’re straight-up on the warpath.  A solid blend of hard-alternative guitars and relentless angst like you’d find in KMFDM and Marilyn Manson with notable hooks in the keys sounding like smart additions via Trent Reznor – Digital Escort continues to fit in with the entire genre of industrial misfits like they were born right into that freaky family circle.

While I can’t say for sure that making “Hits For Slit Wrists” will lead their music to a sustainable market – I can definitely attest to their new-single being a cutting-edge call-to-arms for the dark & depressed.  Solid definition between the main parts that drive this track…vocals might come out a bit lower in throughout the verse to the point where I’d say bring’em up just a bit more to match the music, closer towards the explosive moments where they’re shouting out the title as the chorus begins without taking away from that impact.  Definitely get what Digital Escort is going for here…and I definitely dig it; the last thing I’d want them to do is take away from the bracing impact that massive-vocals in the chorus creates because it’s one of the most powerful moments in DE’s music to-date – I love that switch and I think they nail that part down with all the fury it called for & then some.  Everything about the ideas work, the music is all bang-on…two verses that I think need those vocals to come up just slightly in the mix to strengthen the idea, but certainly still a highly listenable experience as it stands right now.

Overall I felt like “Hits For Slit Wrists” surprised me in how much I came to genuinely really like this song – there’s no doubt that it’s more severe, harsh and punishing than most of what I tend to listen to these days, but this is an echo of the angst of which I came from…and I can certainly relate to this battle-anthem for the depressed.  “Hits For Slit Wrists” does not hold anything back when it comes to its lyrics and message – it’s definitely an expressive tune and Digital Escort completely lets you in on their darkest thoughts on this tune…but quite honestly, the more I repeated this track the more I came to seriously love this entire song and its relentless brutality.  The breakdown mid-song brings back a wicked tie-in from the opening moments before they amp-up the energy, blackness & bleakness to its maximum and pound through to the ending.

I know I’ve said it in previous reviews – but until Digital Escort somehow lets me down from the massive expectations I have for this band and their music I’m going to continue to shout praise for their efforts.  When they release that full album…let me tell ya firsthand, it’s gonna be LOADED with material that will threaten to tear the flesh right off your face and melt you with sound; every single along the way has offered something with depth & dimension along with determined performances that sound like a band seriously ready to take their moment in music’s history by force.  “Hits For Slit Wrists” is another step in the right direction for Digital Escort…a solid cut that delivers with meaty sounds combining severe guitar crunch and electro with a wicked performance on the vocals that demands to be heard – and another audible reason to be excited about this band’s upcoming record in 2017.