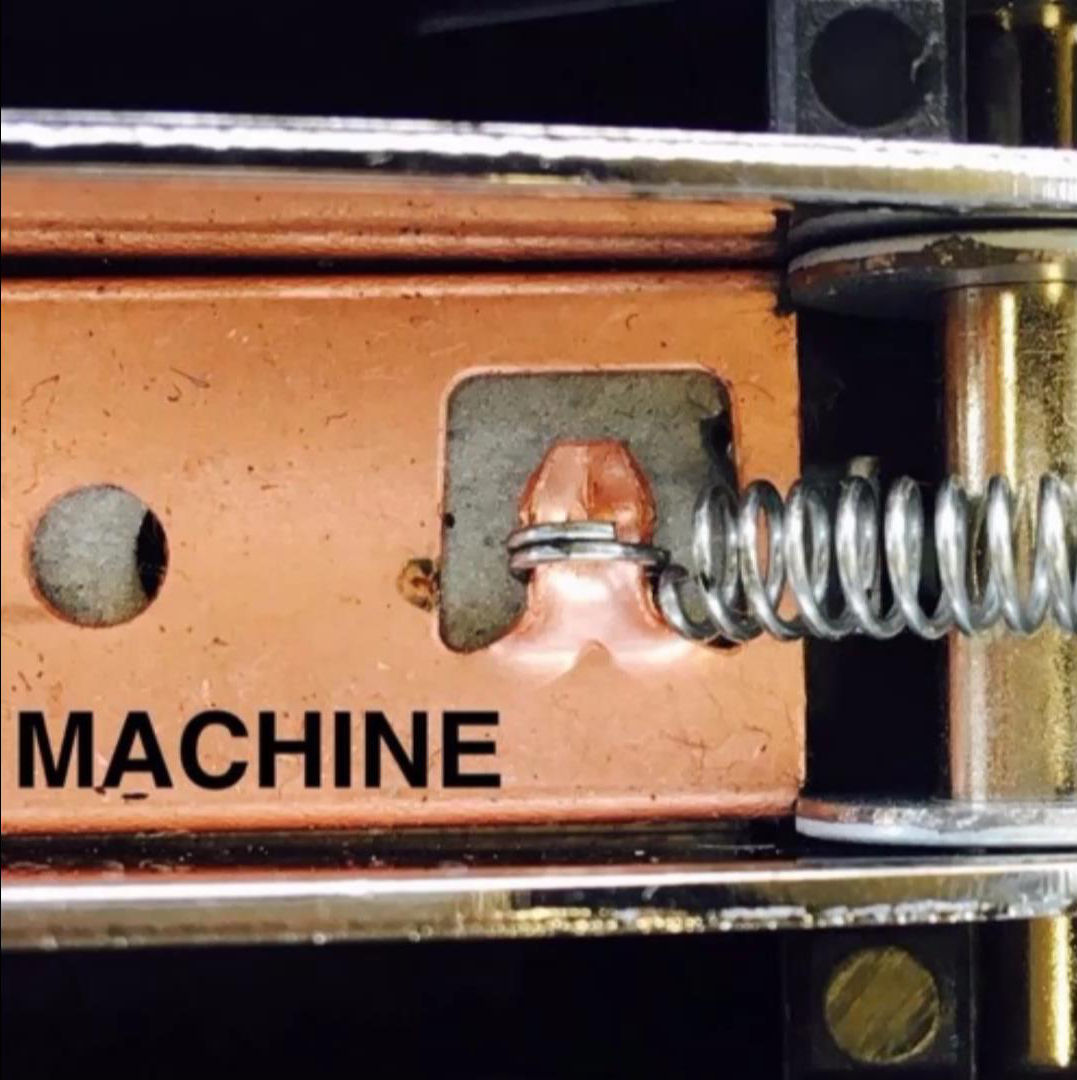 It would appear as if the mischief & mayhem of the music of Digital Escort has found its way to our pages once again…and that’s always a good thing as far as I’m concerned.  Easily one of the most reliable bands out there right now for quality in the industrial-electro sound, I’m always looking forward to hearing new music from this three-piece; the music of Digital Escort is always mired in the dark…but that’s more than fine with me.

Their new single “Machine” is no exception to that rule…don’t let the heavy electro-grooves and hooks fool you, it’s still got the dark textures and atmosphere you know and love from DE.  “Machine” does really well to keep the twists and turns coming at you and covers a ton of ground inside of its nearly five-minutes with plenty of cleverly defined parts and depth to the structure of their writing.  In my opinion, this band has yet to let me down for their execution in their ambitious ideas…and again, “Machine” is no exception.

The only slight beef I had with the track was that first transition into the chorus, which just kinda comes ripping at you quickly after the beat has built up and the first verse is completed…that was about the only spot in the song where I felt like it needed a bit more of a transition or definition established between the two main parts.  As far as that’s concerned, I think they even cue into that themselves and later on in the track, that clear & crisp separation of sound exists much more.  It’s a trivial comment at best anyhow…other than that, I dig what I’m hearing once again for sure.  Great mix on the vocals, and I think both of those main parts really do have their own hooks & pull to them…and that’s always a bonus.  There’s a reason people shout ‘get to the chorus’ at times…because let’s not forget that a complete song is a tough thing to create…tougher than people give it credit for.  So…yeah…anyhow…that’s an example of a problem that doesn’t exist here…Digital Escort keep “Machine” entertaining and wild in both main-parts of the core of the song.  In my personal opinion, they’re of equal-strength…and maybe that’s why I was looking for more definition in that first switch.  Overall the switch in the sound of the two-parts is pretty rad…it goes from like, a low-down & grimy Stabbing Westward-esque sound into something that sounds like an updated version of Prick – and again, I certainly dig that.

Here’s the thing though…as good as they’ve sounded with the vocals – when they take them away in “Machine” I felt like they found a way to take this song up to another level entirely.  The breakdown is absolutely wicked…dropping into a guitar riff before bringing back the electro and raging into one final chorus run through was pretty much my favorite part in this particular cut.  There are a few questionable notes in the electro-choices…but my gut instinct says that their innovative sound will grow on you as you repeat this experience.  For the most-part, this section of “Machine” is built of pure audio-awesomeness and I really think they brought this song to life from that third-minute forward.  It was good before – and it just got a lot better right around here in my opinion…the ending sounds completely inspired and exactly like what they would have been going for.

Not to harp on the one slight issue I’ve pointed out in the early part of the song – but to me, that real depth to the definition between the instrumental part and the final chorus rip is what made all the difference in the world for how those parts should truly stand-out and pop in the music.  Of course…you could also argue that Digital Escort was just saving that one final ace up their sleeve to unleash and really make the ending of the song smack the listener with real impact…which truthfully, I’m sure would be their intent.  I certainly wouldn’t say “Machine” was any kind of letdown whatsoever…I think they’ve written strong parts and once again perform them with the utmost confidence; Digital Escort continues to display all kinds of strength in their music and deliver punishingly to the high standards and expectations we have of this band full-on.