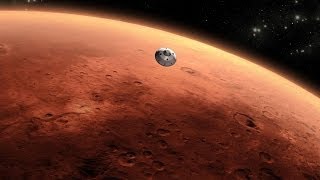 Good lord, here we go…a whole bunch more names and collaborators and side-aspects to the multi-faceted project that would just be so damn much easier for us all out there if we could just call it all Black Astronaut.  Anyhow.  Charles Luck and his cohorts have been hard at work once again, creating new tracks from old beats revitalized with the featured guests bringing the voice to Luck’s words.  Four new cuts that we’re checking out today with names we recognize from past collaborations working within the script and coloring somewhat inside the lines we’re now familiar with when it comes to this project; the shock-value, the humor, the skills…you know, the usual stuff you’ve come to expect from Black Astronaut.

So…where to start…let’s hit up “Penis Flytrap” to start with.  The quality of the tune is as in-check as it always is, production is never an issue with this project.  The melody and the flow of the hook, also on-point as you’d expect…especially with InZane…you can always count on that guy to deliver.  Word-wise…I’m tossed up on this first one…part of me thinks the core concept of “Penis Flytrap” works, metaphorically speaking to the idea of getting caught up in a relationship and stuck in it for good.  The other part of me knows that a title/statement like “Penis Flytrap” is somewhat designed for shock value…and it’s definitely getting a bit tougher for Black Astronaut to provide that shock with substance over time.  That’s natural.  When you’re as familiar with the catalog as I’ve become…it would take something seriously different to get that ability to surprise back.  There are a lot of lines that don’t always serve a purpose for the concepts of the song, but instead serve only the flow itself; it makes the metering and pace fit perfectly and you’ve gotta hand it to Black Astronaut for piecing the words together carefully like a puzzle in that respect…but at the same time, you’ll scratch your head sometimes wondering how one thought will lead to another.  Case in point…what the hell does a reference to Fiddler On The Roof do to expand this idea?  I’m seriously asking…I’ve never seen it…but even with that being the case…wouldn’t there potentially have been something that might have fit the script a bit more here if more time was taken?  It also includes a shout-out to the year 2016 at the beginning…a small detail, but not something I’d ever recommend; that’ll ensure your cut stays relevant for the year it’s in and immediately dating itself from the moment that the calendar turns over to a new year…and we’re already in 2017.  Hmmm.  Yeah…I dunno…the beat is solid, the hooks are alright…I think the music is plenty dynamic and sounds good…the lyrics work well enough inside the concept…but overall, probably not one of the stronger tunes I’ve taken in from Black Astronaut along the way.  Good enough to listen to though…I suppose it’s only because I know what this project is capable of at full strength that has me questioning this first tune.

How a song like “Penis Flytrap” didn’t make the cut for what Charles considers to be part of his ‘Bad Luck’ persona and songs…even that I’m not sure of.  You get a dose of that side of him through “Don’t Give A Shit” featuring Tino Red – another reliable collaborator that always does a solid job and he does what he can to bring life into this tune.  Without a doubt, I think I had the hardest time with this cut that I’ve ever experienced with Black Astronaut; and this is where I started to worry that maybe the shock & surprise factor of the lyricism might have either fallen flat in this particular tune or left me altogether.  There’s not much I can do to recommend on how to fix this one up…it’s the formula here that’s killing the potential.  I don’t mind the music…not really my favorite, but I don’t mind it…what really gets me on the wrong side of the fence here is the sheer repetitive nature of this cut over the four minutes in length.  We’ve all heard ‘list’-style songs before…and they generally follow the same rule as this song does…you can list all the things that they “Don’t Give A Shit” about…and the individual lines are good when they’re not reaching too far for the dick & fart jokes…but everything ends up having to come back to the actual line of “Don’t Give A Shit” in what feels like every second-half of the call & answer method.  So…hmm…Black Astronaut…you’re making this tougher to love than I certainly remember.  I like Tino Red’s tone and delivery…again, I think he does what he can to salvage this one…but if I’m being honest here, “Don’t Give A Shit” literally sounds lyrically like it’s trying too hard to shock you.  Charles can add my opinion to the list here…he doesn’t have to give a shit about that either…I just hear what I hear.

“Ain’t No Funeral,” produced by SimsBeats and featuring Olangotang & Tino Red follows a similar idea & concept to what we’ve heard from Black Astronaut before in something like the previously released “Addicts Mind” by tweaking the tone of the vocal-samples of Lukas Graham’s “Funeral” in the main-hook way up.  That being said, “Addicts Mind” is also one of my favorite tunes from this project…so for me, having a bit more of that kind of idea & style worked for me with “Ain’t No Funeral.”  Here in the lyrics, Charles scores a hit with me by writing something with a lot less emphasis on finding something to shock you or jokes to tell; at some point down the line, he’ll probably have to likely choose the ultimate direction of what he wants Black Astronaut to really be about completely…or risk that potential unevenness in concepts and flow.  As a single on its own though, I think “Ain’t No Funeral” works really well…it seemed to right the entire course for me and bring me back to the Black Astronaut that I love most.  Self-reflective and more personal through the words…the narrative is much more clear here…not only do the words themselves flow perfectly, the thoughts flow in a much more cohesive and tangible way that allow us all to follow.  Luck can get lost in those thoughts sometimes…I think we hear & feel that a little in “Don’t Give A Shit” and “Penis Flytrap” – but he’s back on track with “Ain’t No Funeral.”

“The Stairway” featuring Fiberoptic & Pastor C has the distinct advantage of using the timeless sound of “Dream On” by Aerosmith in its main sample…but the same applies here – it’s that more serious and focused set of rhymes that sounds much more appealing to me right now.  I’m not saying Black Astronaut has gotta ditch the humor altogether…but I’ll definitely back up the notion that these more serious ideas feel like they’re currently working much more in their favor.  “The Stairway” is as close as I’ve heard to production issues for Black Astronaut however…not sure if there’s a purposeful peaking of the mix here at points or distortion in the melody…but it seemed like this one could use a bit of tweaking to straighten it all out a bit.  The structure, flow and editing on the beat of this cut and how it’s put together works…just a few red bars on the mixing board when it comes to the levels.  If it’s on purpose, it’s fooling me…and usually I’m not too easily convinced when it comes to this issue; so if it’s fooling me, it’ll guarantee throw or put some other people out there right off.  Lyrically, there’s a good chance that “The Stairway” is my favorite of the bunch…it’s hard to say…I really did like that Luck has written on “Ain’t No Funeral” as well.  Those words of Luck’s are repped well through the rap & performance on the mic here on “The Stairway”…not sure if that’s Fiberoptic or Pastor C and I’m long-over guessing at who’s who when it comes to Black Astronaut…there’s a million ways to make that crystal clear and Luck never really chooses to go in that direction…and believe me, I’ll hear about it if I get it wrong, so I’ll just sum it up by saying I like what I hear on the mic on “The Stairway.”  The mix on this tune does make it tougher to love overall…but I felt like the overall concept, ideas and weight in the drama added in from the “Dream On” sample really worked well.

So there you have it…it’s been a tough couple days for rap & hip-hop here…much like the new record from Endsightt, Black Astronaut has a much harder time making that impact this time around and hovers around that 50% mark here of the total potential.  Two tracks I really like…two that I’m really not so sure about here…but in general, still entertaining enough to listen to in all cases.  There’s more coming out from Black Astronaut this month…it’ll be interesting to see what the new stuff ends up sounding like and where his thoughts take him next…it always is.