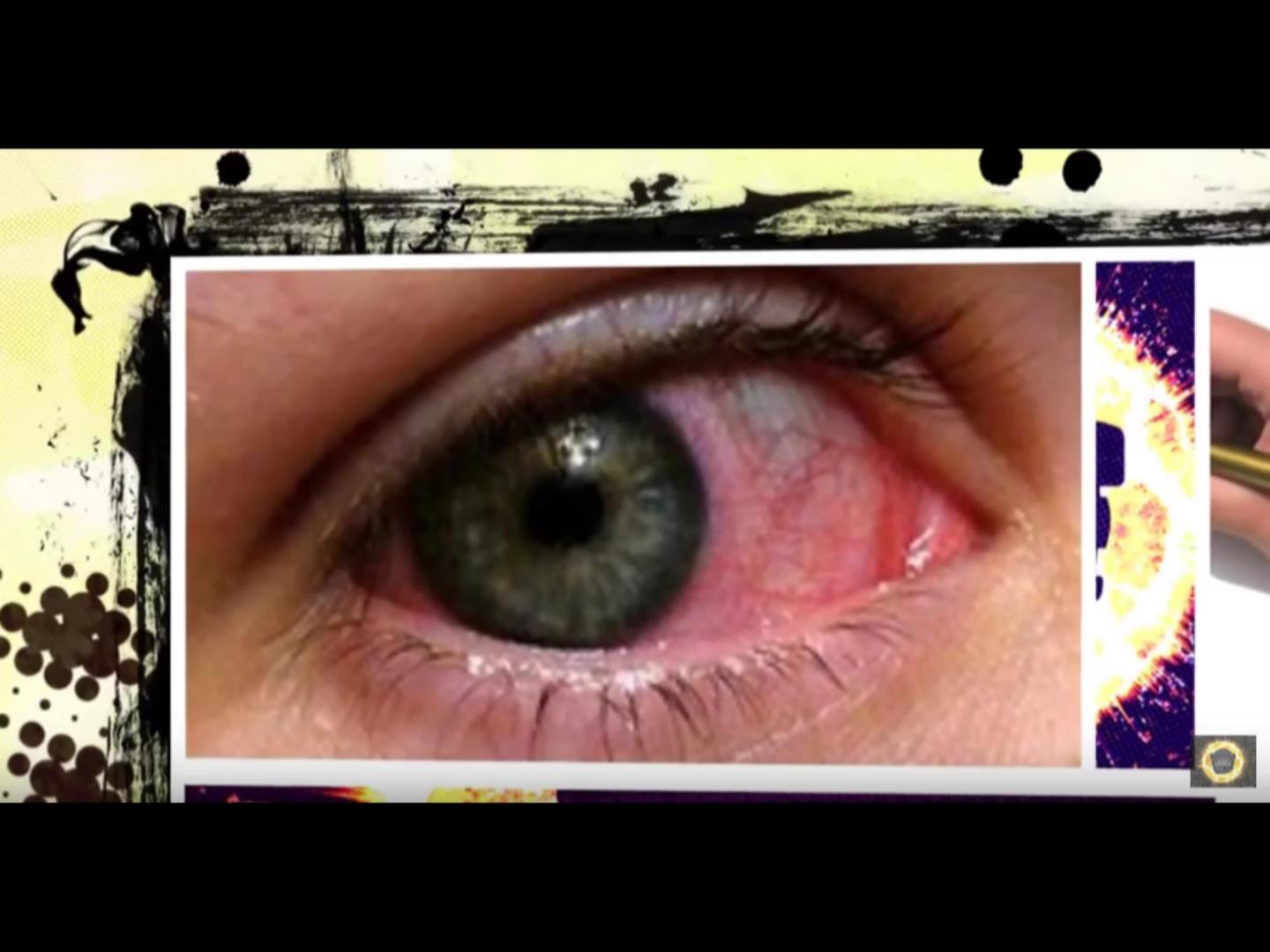 First time we’ve checked out a Black Astronaut track via YouTube…in a month where we’ve covered this project extensively, that tiny switch in media-format went a long way to adding a bit more enjoyment to “Watching The Whites Of My Eyes Turn Red” featuring guest emcee Gyro.  The amount of reviews I’ve written and songs I’ve checked out lately have had me writing about Black Astronaut on the constant…so anything to mix it up just a bit more visually like this served well to make this one a bit more unique.  You can always count on Charles Luck & his crew to bring something versatile to the music-mix; this time it was rad to have a bit of visual entertainment along with the music – plus as far as I can remember…pretty sure this is our first experience with Gyro on the mic as well since we heard him on the full-album Life On Mars, so there’s lots still new about this track from Black Astronaut for us personally, even if released in March of last year.

All the emcees that have given a voice to Luck’s words over my past examinations have shown his talent for selecting the right person for the job.  With each artist’s own approach, Black Astronaut has got a wide variety of different ideas, sounds and styles that have seen some extraordinary performances rise to the occasion – and in my opinion, another one here from Gyro.  It could very well be that this particular rapper has a tone and slickness to his delivery that I respond to more on a personal level – guy reminds me of like…what Mickey Avalon would sound like if he was more right in the head…but I’m a huge fan of Avalon and I feel like you can hear a similar stylistic delivery and swag to Gyro’s vocals on this new cut.  In short, that’s all good with me…

In combination between the clever wordplay in the lyricism and Gyro’s continuous flow & roll through the vocals, they definitely find magic that works here.  The beat is bright & tight…a bit tougher to make out every word from Gyro on “Watching The Whites Of My Eyes Turn Red” than other cuts I’ve heard from Black Astronaut in the past…but I’m cool with that too; personally I like that reason to return and check out a track again.  Gyro’s right in the thick of the mix, but you catch more than enough of what’s being said to hear Luck’s tale of personal struggle & mischief being sorted out eventually by a pen & writing out the thoughts in his head.  I can certainly relate to that.  There’s a defined uplifting & inspiring atmosphere that’s rooted in the sample & the music that fits the overall vibe of the lyrics, especially the song’s conclusion.  It’s more than fun to listen to all the way through in a stunning collaboration that works perfectly…the frantic, scattered thoughts of Luck flow through the mic smoothly with style from Gyro that adds seriously wild personality and character to their tone.

It’s the structure that leads this one to a solid victory though…great pivots and dynamics in the music, excellent use of vocal-samples to create the hook and the resulting magic between the lead-rhymes trading off with them part-to-part is absolutely entertaining.  A great mix of the bizarre thoughts in Luck’s mind that surround more personalized insights and opinions on our society at-large, all wrapped into a highly-accessible rhythm & beat that’s riotously enjoyable to listen to.

Got bars?  Contact Black Astronaut direct and see if you can collaborate with’em by reaching out through this link here:  Astronaut.Black@gmail.com