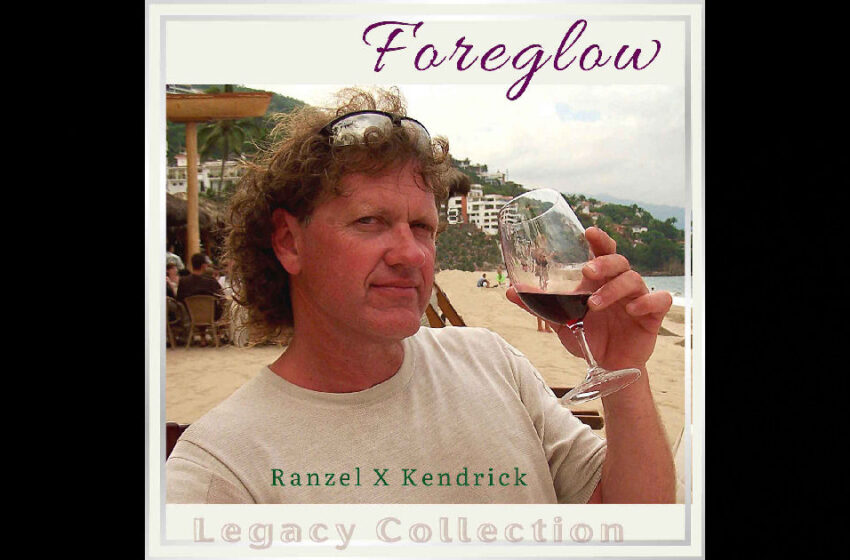 A lot of people wonder about what it’s like to be on this side of the screen, so I’ll give ya an idea.

Last time I wrote about Ranzel X Kendrick, he didn’t even know about it.  It’s basically like that.

No different than most of ya really.  We’re all so busy doing what we do that the last thing that seems to occur to us is that we don’t actually get there individually…we get there together.  Building a scene, building a full-on music community…I now recognize these things from music history’s past to be the complete fluke they truly were.  The luxury of having that many committed bands & artists, not only to themselves & the music they were making…but those in the scene around them too?  I ain’t gonna lie to ya – at this point in my own career here at sleepingbagstudios…the very idea of that seems impossible; quite simply put – it’s not the way that things work in the world anymore…we’ll be lucky to see another.

Anyhow.  Those of you out there reading right now that aren’t Ranzel, likely recognize the name having appeared here in multiple ways throughout the past couple years in checking out singles like “Seguin Son Of A Gun,” his cover of Van Morrison’s “Crazy Love,” his summer single of 2021 “Like A Child,” and his work in another project called Alias Wayne.  Lots of good times listening to Ranzel’s music have been had along the way…he’s a low-key part of the scene we share, but the dude always writes a quality tune.

Case in-point, he’s got another one here with “Cross My Heart,” and a recording that rivals the fantastic performance he’s put in – I love the way this song sounds from start to finish and genuine appreciate the many details he’s included into what appears to be such a simple & straightforward tune.  At the end of the day, that’s still somewhat of a relevant & valid observation…Ranzel’s not pushing the borders or boundaries with another song about being confused in love thematically perhaps, but the way he executes gives a single like this every chance of beating the odds & reaching the audience that it should.  The clarity is outstanding to the nth degree, and plays such a significant role in drawing out the sweetness juxtaposed the various questions that rise up along the way wondering about just how true this love Ranzel’s found himself in genuinely is – or if it might not even be love at all.  As it begins, it sure sounds like it’s on solid enough ground…but by the end of that first verse alone, you’re already amidst the rubble of a relationship that’s crumbled and left X Kendrick wondering what the heck just happened.  Dealing with the Jekyll & Hyde aspect of life & love, where one minute things seem to be going great, only to find in the next that they’ve gone south beyond repair – “Cross My Heart” is a plea for a plain & simple, straightforward lovin,’ without all the crazy complications that tend to show up so very often in the course of a relationship & trusting someone else with who you are.

Dude plays this cut perfectly if you ask me…not just in his own technique & approach from the music to the microphone, but truly, the recording on this song is so supreme you can’t help but notice the significant role it plays in this single’s success.  The percussion is amazing & worth the price of admission on its own, and the layering of the vocals between the lead & the background is just about as good as it can possibly get.  From harmonies to a call & response approach between Ranzel and the thoughts in his head, every solitary note feels & sounds like it’s been planned, rehearsed, and executed as seamlessly & flawlessly as could be done…”Cross My Heart” feels like a moment in time that X Kendrick got every single ounce out of, leading to an enchanting & endearing performance that’s guaranteed to win ya over.  Each note of the guitar sparkles & shines with character & personality, Ranzel sings this song spectacularly well, the delicate but lively use of percussion is seriously incredible…all the elements are there & included in the details to make a more gentle moment in music like this stand out like it should and reach the maximum potential that exists between the concept & the final results.  No joke folks – this would be the kind of track that would have me personally examining everything I did to achieve it; the blueprint on how to make great music with sincerity, style, and immaculate professionalism all at once…is right here for ya & on display from the lefts to the rights…so hopefully, at least a few of ya out there are paying attention.  You could learn a ton from this recording about how to make everything we hear as listeners stand out for all the right reasons…from great songwriting, to passionate harmonies & cleverly written vocals designed to overlap & complement each layer, to sparkling sound, and lyricism that has a whole lot of heart & grounded, relatable words that are as insightful as they are entertaining – Ranzel X Kendrick is clearly in fine form this year once again.  “Cross My Heart” is a stellar & smooth acoustic-based single that has just as much sweetness as it does sorrow, and an overall balance that’s perfectly spot-on.

Find out more about Ranzel X Kendrick at his official website:  https://ranzelxkendrick.com