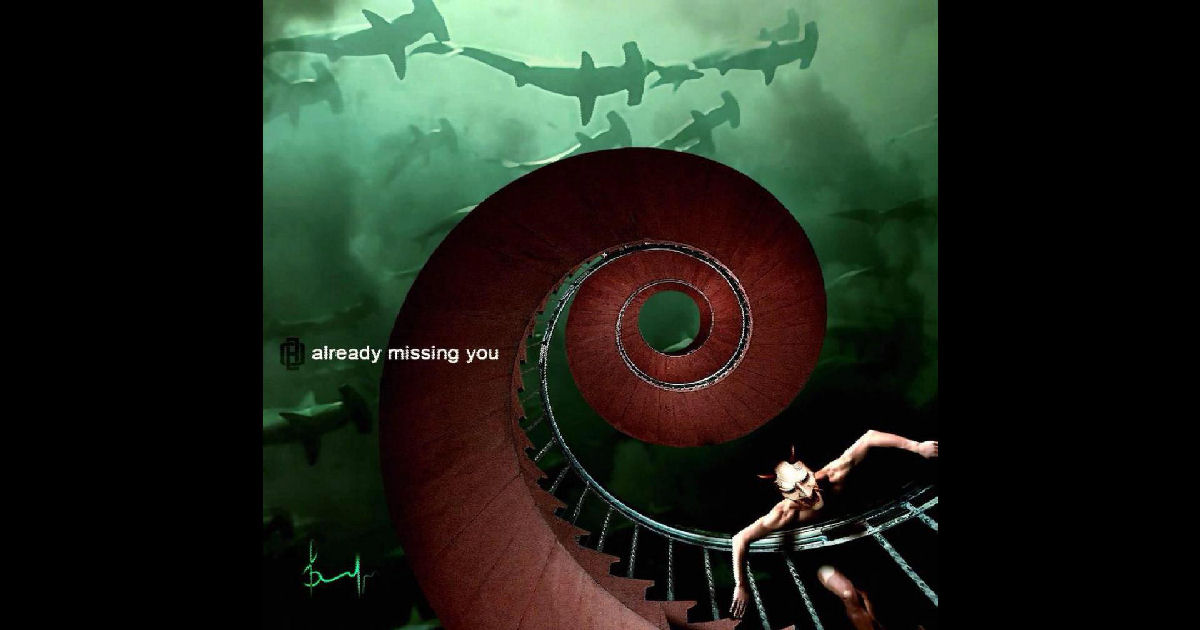 On the latest episode of the SBS Podcast, I ranted for a minute or two about the music of the enigmatic crew in Omar Bowing and how they consistently bring something different to the table each time we hear something new from the band.  And of course, how that’s a great asset when it comes to their music – that ability to explore the depths of their sound has led to countless exciting directions they’ve been able to take with their songs over the years & a wide variety of sounds to choose from to listen to.  With such a range in sound, it’s impressive that Omar Bowing always manages to retain their identity – it almost shouldn’t be the case with such versatile material…but somehow, you’ll always know it’s them.

Even here, on what’s nearly a ballad when it comes to the music of this band, they still retain their essence.  With the gritty edge & wild tones of the distortion coming through Bowing’s Les Paul, and the overall mid/up-tempo energy of the tune…I’m not QUITE ready to sign off on this as an official ballad – but there’s no question about whether or not Omar and his crew are roaming into a softer sound on “Already Missing You.”  As I mentioned on the podcast – there’s tremendous benefits in pushing yourselves creatively like this to find out what else your band might be capable of – and the hybrid results of a song like “Already Missing You” speak on behalf of trying something new within the existing framework of a band that’s been around for a while now.  They’ve tried many things over the course of these past years, yet they’re still enthusiastically searching for just how far they can push the versatility of their sound in effort to come up with new twists to their style that will entertain us as listeners and still challenge themselves as musicians while adapting to a different atmosphere, mood, or attitude.  As they include piano and a more noticeable melody that dominates the writing, sound, & structure of “Already Missing You” – you have to admire the fact that it’s widening the scope that actually bridges the gap…by adding yet another dimension to their sound, Omar Bowing casts a wider net to catch people’s attention.  More melody and less seething intensity is bound to lead to a higher degree of accessibility and larger listening audience…that’s just a guaranteed fact of the nature of music – but of course, every hard-rock, prog & metal band out there already knows this…they play what they play because they truly love to play it, you dig?  I think Omar Bowing has done a great job of performing this song with just as much passion as any of their past tunes and applying it to this decidedly new style for the band.  Revealing just enough of that tenderness to expand their sound’s potential for reaching people without changing it so much that existing fans wouldn’t recognize it – they’ve found a way to morph their sound in a way you’ll readily accept and go along with them on “Already Missing You.”  When they roar into the powerful chorus of their new single, you can certainly hear that their music has every bit of the bite, punch, & menace that it’s always brought to the speakers in one way, shape, or form – “Already Missing You” is fiercely gripping in the song’s boldest moments.  Absolutely loved the solo and backing vocals over the final minute – it’s definitely a solid cut along the entire adventure, but in particular, gotta say that I loved how they let the instrumentation really shine at the end.  Such excellent tones on display throughout this entire song from the piano to the guitar to the drums even.  LOVED the roar of the vocals on the way into the chorus and how they’re placed off in the distance in the mix, allowing this track to still retain its more gentle sound, but still showing their most beastly side is still there and just waiting for its opportunity to snarl its way in to the song in the gnarliest of ways.

Well balanced songwriting overall…I felt just as strongly about the verse as I did the chorus and I felt like the hooks in the instrumentation were easily just as powerful as the ones you’ll hear in the vocal melody – all-around, “Already Missing You” shines a light on the maturation of this band and how their continuous evolution has shaped them into the well-rounded crew they’ve become today.  The new Omar Bowing single is gentle when it needs to be, scorching hot when it calls for it, and immensely satisfying for its impressively creative musicianship & stunning use of contrast.  Another job well done.

Find out more about Omar Bowing from the official page at Facebook:  https://www.facebook.com/OBowing/