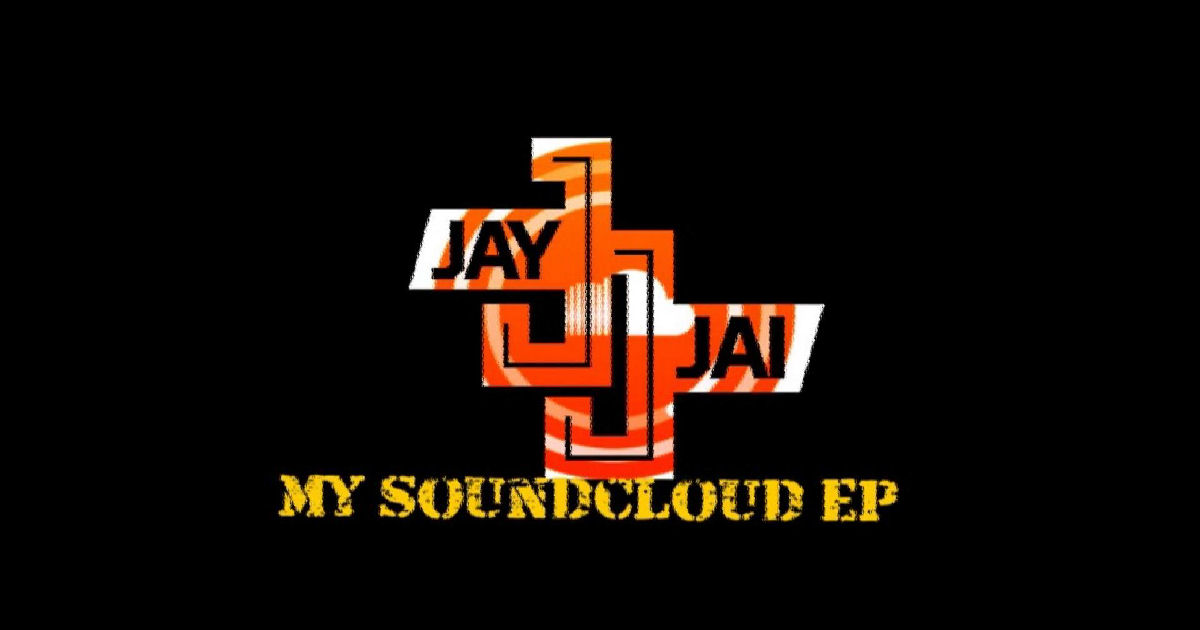 If you’ve ever read a review of Jay Jai’s music on these pages here at sleepingbagstudios before, you already know I’m a massive fan of this guy.  Not only does JJ always deliver a quality tune – he’s one of the few artists out there that can really flex versatility in his style like he’s not even feeling the pressure.  Jay has his own sound for sure – but it’s also an ever-changing and evolving one that always has you guessing as to what might come next.  I know my ears appreciate that, I’m sure yours do too.

That being said…sometimes this dude doles it out in such small doses, it can make you shake a fist of frustration in the air – because in every case I know I’ve stumbled across, you’ll want MORE of what you hear.  He’s back at it again, right off the drop on the opening track from the My SoundCloud EP, called “r U” – which clocks-in at JUST over ninety-seconds – and the vibe on this first track is truly one you’ll want to loop on repeat in effort to get yourself enough of it somehow.  I loved the way that Jay sings “r U” – there’s such an enormous amount of personality and character on the mic here…this is a massively successful first impression and memorable gateway into a record that immediately sets the standard HIGH.  Not that I’ve come to expect anything less than the best from JJ – he always finds something new to bring to the table and is so impressively able to switch up his sound, time after time.  Backed by a stomping beat and mystery-laden atmosphere in the music, Jay questions love & lust throughout “r U” and what he’s willing to do for ‘just one night’ with the right lady.  Hell of an inviting opening and engaging sound in this first cut – when the beat drops into those key notes in the music, it’s seriously effective and brilliantly mixes sexiness with danger…”r U” is really well put together from beginning to end.  Of course, at only NINETY-TWO seconds long…Jay pretty much leaves you begging for more.

All I’m sayin,’ is give the man a couple more bars and LISTEN to what he can achieve.  I might think that the sound of “r U” is more accessible than the following cut “Living Without U” – but I think just about everyone out there would be impressed by the way this song evolves as it plays.  Masterfully laid-out, “Living Without U” starts out with an exquisite texture and bright melody in the music, complemented smartly from the synth-bass & beat that come along with it.  Jay reflects on love lost in the lyricism, singing in a smooth melancholy that communicates the emotion and isolated feelings of being alone.  As the structure continues to transition, he ends up in a highly-stylized verse that increases the intensity, and you can hear the feelings well-up inside of him as he lets loose the most honest details of the lyrics so far in a complete release by the end.  At the end of the day, I think “Living Without U” still has enough strengths to the hooks to pull the people in, but I also think there’s a lot more to get out of this song than any kind of simple straight-ahead flashy hook would deliver.  If you get right into the words of this song, you really start to appreciate how personal and heavy they are…”Living Without U” is a pretty damn soul crushing cut when it comes right down to it…and Jay certainly makes the experience real.

Can’t help but notice how insanely addictive the beat & sound of “What’s Going On” is, right from the drop and very first second.  If we’re talking about what makes an immediate impression on the ears, look/listen no further than this cut right here; Jay’s put himself into the political arena here on this track and put a lot of insightful social commentary into the incredibly stylistic movements he’s making on the mic.  “What’s Going On” is one hell of a jam!  Kind of like a combination of sound that would be something like a mix of Gorillaz and Run The Jewels – this whole cut manages to really bring the energy to the speakers with what’s actually quite a subtle & chill groove.  You add in the clever lyricism, massive hooks of the chorus, and brilliantly relevant vocal samples, and you’ve got the recipe for one seriously standout & single-worthy tune with the right sentiment driving it.  Like I was saying – you never really know what to expect from Jay other than quality…when it comes to his ideas, how he sounds, what he sings or raps about, what he creates – it can be incredibly different from the last time you heard him and still somehow come out ridiculously satisfying.  Straight-up, the guy just understands songwriting and sound on a different level than most…and the fact that he’s got the courage to follow through on wherever his ideas lead him is what truly makes him great – every time out, he’s exceptional.  “What’s Going On” is not only a fantastic rhythm & groove to listen to, it’s an important set of lyrical observations that comment on things that are affecting us all in the world right in the here & now.  Can’t say enough about this cut…Jay Jai has nailed this song so hard he should have punctuated the end with a full-on mic-drop to illustrate the point – no one could resist this track, the hooks are too damn strong & there are just about a million reasons to like it from its wicked beat to the important message it carries.

The dynamic sound of the electro-extremes in the mix on the final cut called “How She Really Feels” tell your ears that the man is about to start wild’n’out to end this record.  Like I’ve been saying, Jay COMMITS, no matter what the style or sound is like – and this track is in-your-face in all the right ways.  The sound is incredibly vibrant…like this JUMPS right out the speakers at ya with the rad edit on the music – but listen to how it interacts to the effects on the vocals in the hook, because that’s magic right there.  So there’s that.  Likely, it’ll be the first thing you notice, because this seriously POPS.

But wait for it…because this track goes DEEP.  When you listen to the lyrics on this track, you’ll realize that “How She Really Feels” cuts waaaaaaaaay more closer to the bone than “What’s Going On” did only moments before.  Addressing many of the most important issues in America right now, Jay’s not just put himself in the political arena on “How She Really Feels,” he’s flying off the top ropes with the people’s elbow!  And no joke – he lands this mother with such impressive power & force that you’ll feel it like the punch in the face you knew you had coming.  JJ sounds deadly on this final track, raising-up the energy to incredible levels to end this EP on inspired & important notes.  He can be as direct as it gets – and much of this is…but notice how sly some of the references are…the entire hook itself for instance, references the recent disaster from…what was it…H&M or Amazon?  One of the two of them at least, or possibly both…but if you Google “Coolest Monkey In The Jungle” – it’ll give you even more insight into just how much of a point Jay’s making here.  Ultimately, he’s detailing there’s a lot of ways we can all be brainwashed in the craziest of ways…again, some of them consciously, others subconsciously…but perhaps even more importantly, “How She Really Feels” is like a cautionary tale of what we need to stay aware of.  Certainly ain’t nothing wrong with combining an important message that needs to be heard with one of the wildest & most electrifying performances on the record – I sure as hell noticed this tune.

Good LORD Jay Jai – what the fuck do they put in the water over where you’re living brother-man?  Whatever it is, I want some…this artist sweats creativity and always somehow finds a way to exceed all expectations.  Massively impressed with the entire record – Jay Jai is 100% killin’ it once again on the My SoundCloud EP, giving you a wide range of themes & sounds to listen to that completely hit the mark.

Find out more about Jay Jai at his Twitter page:  https://twitter.com/musicjayjai