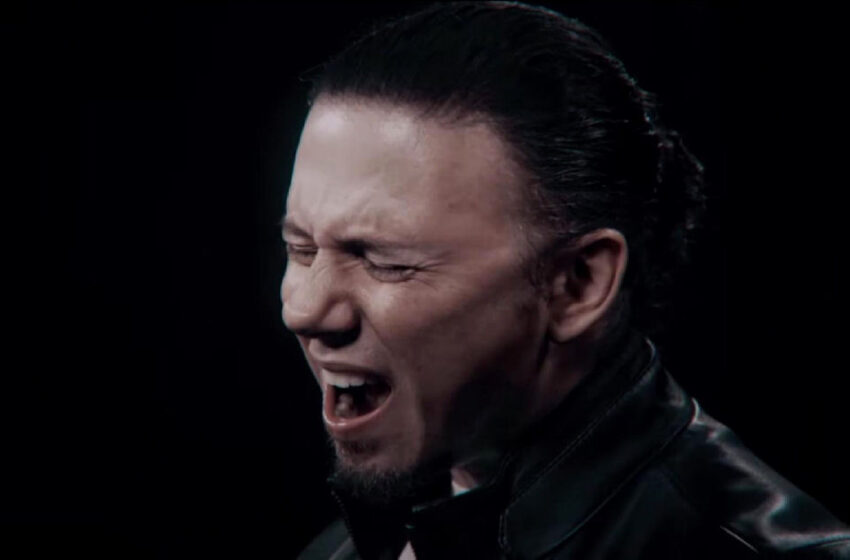 Interesting choice of tunes to cover, no doubt about that.

Imad Jack Karam, aka IJK, is back in action…or more accurately, he’s back up on our pages once again.  It’s been a while!  Last time the man was up here on our homepage, it was the holiday season of 2020, when he took on a cover of “Blue Christmas” by Elvis.  You can see from his YouTube channel that he’s probably been a bit less active than he typically used to be, likely as a result of navigating his way through the pandemic era like so many artists – but he’s put up a couple tracks we didn’t know about in between when we last had him as a guest on our pages here, and this new single “Child In Time” that he’s currently released.  Another cover to add to his catalog, Imad has taken on Deep Purple this time.

So at least for the moment, this Lebanese singer/songwriter can rest easy, right?  If you don’t have to do the writing, then of course, obviously that’s half the battle off his plate and he doesn’t need to worry at all – right?  Guess again folks – you’ve heard Deep Purple before in your life, haven’t you?  That band is no joke y’all…and taking on any of their songs would be a monumental challenge for most artists/bands out there without question.  IJK should be seriously proud of not only being courageous enough to take on that challenge to begin with, but how he’s risen to the occasion and really put his soul into this cover.

Like I said at the start though…it’s an interesting choice.  There are so many hits and songs out there in this world that any artist could choose to do a variation of at this point that it would make your head spin just trying to figure out which one might suit you best.  Do you wanna go for something really well-known & recognizable?  Chances are, if you do, everyone’s going to instantly compare it to the original.  That being said, if you choose to go in the opposite direction, and take on a track that barely anyone knows, there’s less of a chance it’s going to circulate as widely as you might want it to, and probably less people singing along with ya.  It’s the proverbial double-edged sword – there’s no right or wrong way to choose a cover, and both routes have as many potential benefits as they do potential consequences too.

Today’s youth might know Deep Purple from “Smoke On The Water,” at best, if they’re lucky and they’ve been raised right.  If you’re my age, you probably know at least a few more tunes and maybe an album or two…and if you’re above that, you’re much more familiar with the catalog.  I really dig the true-to-the-era sound of the organ at the beginning of this cover…that’s straight outta the Deep Purple vibe right there, and makes a huge difference in terms of giving this version it’s authentic backbone in the sound we hear.  Where I felt like IJK stood out entirely, and would to anyone listening, is through the vocals he puts into this track.  To be fair to Imad, he’s a man of many skills – I didn’t know him specifically as a singer, so much as I’ve known him to be a well-rounded musician with a variety of talents over the years I’ve been listening to his tunes.  On “Child In Time,” the dude straight-up blew me away with the performance he puts in…he hits extraordinary notes on this Deep Purple tune that would be so far beyond what the average singer out there in any corner of the scene would be able to pull off.  I don’t even know that “Child In Time” is necessarily really my thing, or the song I would have potentially chosen if I was pushed to do a Deep Purple tune…but this…this is the kind of committed performance that changes minds, and creates awareness of how incredible a song really can be at its core.  Obviously the writing aspect, the credit goes to Deep Purple for writing such an exceptional song to begin with, but it’s the fact that Imad is able to give the words life like he does…how he handles the vocalizations surrounding the lyrics so brilliantly…the cleverness of the instrumentation between the organ, violin, guitar, bass, and drums…I mean…whether or not it’s your jam or it’s not is practically irrelevant anyway – all you can ever do is put everything you’ve got into what you create, and Imad has definitely done that.  So truly, I wouldn’t be at all surprised if he ends up turning a whole lot of people on to this cover AND the original as a result of the strength in his performance here…it’s really that good.  It might not be the first track that would jump to your mind when you think of Deep Purple, but IJK proves there is real gold in their catalog if you know how to mine it, and with a stellar performance like this one, it’s clear that he’s got the right tools to do exactly that.  His vocals are borderline Metal in that Bruce Dickinson type of style, while the song remains a perfect mix of delicate melody & bold instrumentation combined…quite honestly, I’m in awe of Imad’s vocals & more than impressed with the professionalism.

This is the kind of cover that would make every real musician turn their head and pay their full attention.

Find out more about IJK by visiting his official website at:  https://www.imadjackkaram.com