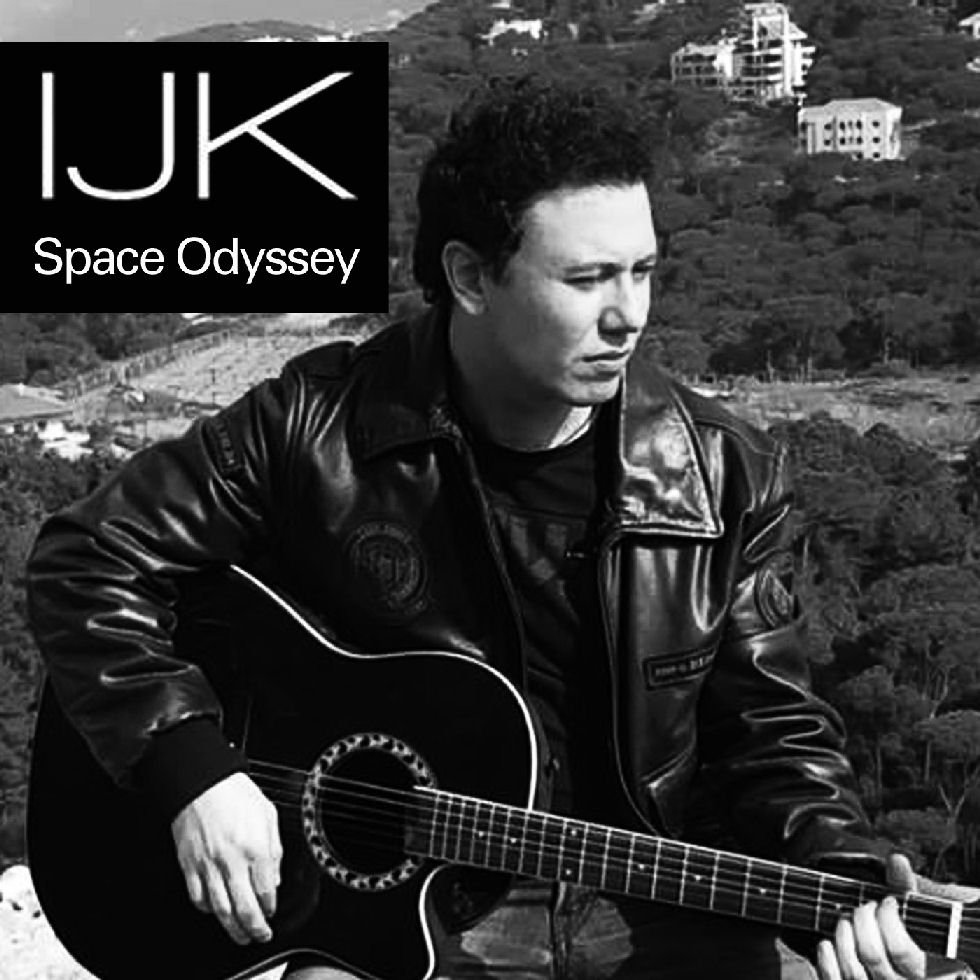 Hey North America…sit up and pay attention for a second or two will ya?  Actually…let’s take at least 4:11 of your time while you check out this song and read the review…that’d be even better and probably prove to be helpful in understanding the points I’m trying to make when talking about Lebanese singer/songwriter, currently Dubai-based IJK and his new single “Space Odyssey.”

He’s written an impressive, otherworldly tune here…and I think his ability to express himself in words is absolutely fantastic.  While there might be the occasional word missing in the structure of the lyrics themselves – I’d absolutely trade it for the way that IJK has gone about the incredible amount of detail and description that he HAS included.  Quite honestly…as a guy that listens to music all-day every-day, I was completely impressed at the solid grip that IJK has on English and thought the way he’s written the words to this tune rivals some of the best of out there in the independent scene today.  He really takes you on a voyage lyrically in “Space Odyssey” and found a way to match the tone, emotion and energy in the music with genuine passion in his voice.

At the root of the song, you’ll find a solid mix of pop/rock ideas blended into one…excellent piano-hooks fuel the beginning and much of the instrumental sections of the song before it finds a smoother gear for the verse to shift into.  Love the crisp snap of the sound of the drums and overall I really appreciated the clarity in the production overall; the performances are all spot-on…the song deserved to have an equal caliber match through its production & mix and I really think they pulled that off here.  Everything from the added atmospheric elements in the music, the pacing of the melody and evolution of the song as it builds works extremely well…I’ve certainly got no issues with this personally and would think a lot of people would connect with what I hear in “Space Odyssey.”

Of course…we all know what people can be like these days…and no matter how much of his heart & soul, determination and effort he’s put into the song…people still wanna SEE something to go with it on the ol’ YouTube.  Thankfully, he’s already taken care of that with a completely well-edited & assembled, eye-catching lyric-video to support his new single.  Again…I think the writing, performance and production warranted some incredible onscreen visuals to go with it – and he’s done that here in the video for “Space Odyssey” – take a look!

Overall…gotta say…it’s a great job done by IJK all around on the new single & video.  It might be a bit on the lighter-side of Rock and much more towards a soulful Pop sound that isn’t quite found out there as much in the music-scene today…but it’s definitely not altogether vanished and there are still thousands upon thousands of people that reach for sounds like this.  Serious credit to Imad Jack Karam though…I personally thought he did an exceptional job in the lyricism and atmosphere of this tune and display a real mastery of his idea in bringing his ambitions fully together to make this song work.  Great job!

Find out more from the IJK official homepage at:  http://www.imadjackkaram.com