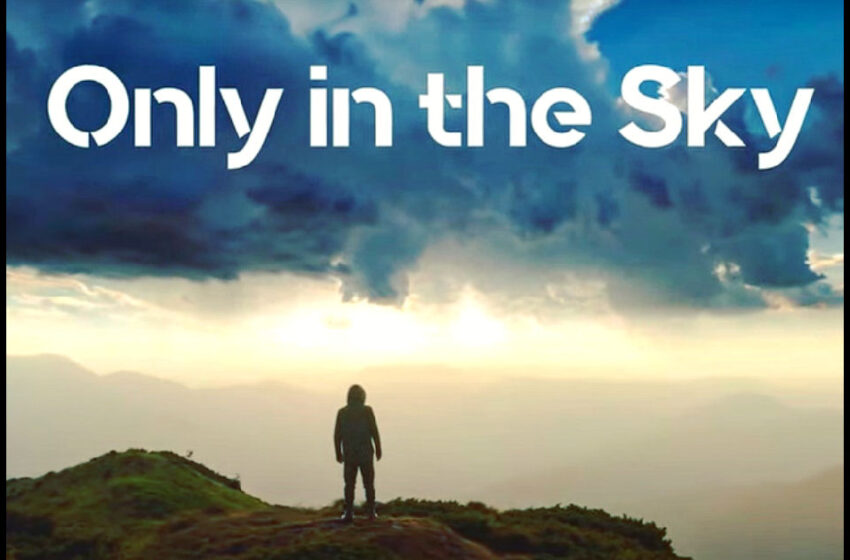 Damien Q – “Only In The Sky” – Single Review

Perhaps you know him under a different name, like we do – the one & only Damien Q that’s we’ve been featuring here at our pages over the past couple years – same dude as the guy you’ll see in the credits that roll before his brand-new video starts up, revealing the man’s name in-full.  It’s not that it’s been any kind of state secret he’s been hiding away from BIG government or anything like that…but it is one of those things you notice after reviewing a guy’s tunes long enough or listening like you all have been – you never know, sometimes it’s these subtle switches that indicate something even larger at work.  This might very well mark the start of another chapter in the music of Damien Q Damien Thompson – time will tell the full story on that…I mean, this could just be something added to the video without giving it much thought at all.  Can any of you REALLY imagine me over-analyzing when it comes to music-stuff?

Please.  Y’all insult me.  You know that’s not my style!

I kid, I kid.  Obviously I look at listen to anything/everything I can to get a full sense of what’s going on in any experience I have with music from the credits on up.  I make no claims of any of these wild theories to be true, it’s all speculation & observation…I’m just tellin’ ya what I see…and to a degree, when intentional, what a slight move like this or a change in the ol’ moniker has often added up to in the past when it comes to the full picture of a music-career.  I’m not opposed to a rebrand if that’s the direction he’s going & that’s what he’s doing here…mind you, ever since I’ve personally been tuning in, he’s been the only real Q out there worth following over the past several years – believe that.  What also might be telling of change however, is in the timeline of these recent releases of Damien Q’s material as well – it was just the last time out in reviewing a remix of “Human To Human” by legendary producer Stuart Epps that we first got a peek into what a collaboration between them could sound like – and now here we are – they’re back at it again with a brand-new tune less than a year later.  With Stuart at the helm of the musicianship & production, assistance from all-stars like Carmelo Luggeri (Guitars) and Juliet Rose Epps (Backing Vocals) in the mix, and the main star of the show sounding 100% inspired to be surrounded by all this talent – this collaborative effort continues for many justifiable reasons, with results you can hear.

Right away you’ll connect with the warm glow of the character & charisma that’s revealed through the instrumentation – and within ten seconds, you’re introduced to the soulful sound of Mr. Thompson.  If you read past reviews that I’ve written on his music like “Aftermath” or the original version of “Human To Human,” you’ll find I’ve always kept it real with the guy, as I do with all of ya – but the point is, he’s experienced both the highs & lows of my own personal reaction to his music.  It’s in knowing that, that he’s able to take it to the bank when I tell him things like “Only In The Sky” being a solid & single-worthy tune without having to question the o’ journalistic objectivity & integrity of yours truly; he knows full well if I’ve got something to say, I’m gonna say it.

The fact is, and continues to remain, that he’s completely on the way UP, and I’d imagine anyone can hear that.  By the sheer fact that Stuart Epps is reappearing here for a second time with Damien, you can bet safely that HE hears it – and honestly, from there, I don’t even know what other stamp of approval an artist would even need!  I can tell you this song is excellent, because that’s true – but really, it’s all the other things stacking up to Damien’s success that tell his story in detail far better than I ever could.

Look.  I don’t wanna tell ya the Q is gone for good – that’s nowhere near been confirmed to me as of this review being published…but it’s very possible that Damien Thompson might be who we’re dealing with from this point forward too…obviously I’m hoping he doesn’t leave us all behind here in the independent scene & all, but it’s also becoming clear he’s being guided strongly towards that next level as well.  The roll he’s been on lately with his latest singles certainly speaks strongly on behalf of that already, and with as strong of a start as he’s got with “Only In The Sky” to begin 2021, this might be that breakout year for the man’s music that’s he’s been on his way building towards.  He’s got Epps rockin’ solid with him here, manning up on just about every instrument you’ll hear – and believe me when I tell ya, Stuart alone makes for a mighty decent one-man band to have backin’ ya up folks.  Perhaps most importantly though, after putting in the work for the songwriting itself, having an artist & ear as reliable as Epps there to help steer the results forward, also frees up Damien to do what he’s really meant to be doing when it comes to the performance aspect – and you’ll hear he gets the most out of his vocals here on “Only In The Sky” for sure.  Before any of you think about even getting up on your high horse to start ranting about auto-tuned vocals or digitalized enhancements – first of all, back off, and secondly, what you think you probably know about’em, you probably don’t.  The myth: an auto-tuner can make a bad singer good.  The reality?  No it cannot.  Maybe, just maybe, under the very best of circumstances you might find yourself an engineer & producer who can splice that baby nine ways from Sunday to get you to sound like someone else with skills – but the genuine reality is, you gotta have talent to begin with to really make it work for ya.  I’ll put it to ya this way – I like the particular spark they add to the vast majority of this tune…the most I’ll concede is that anything auto-tuned alongside a singer with a natural gift for technique and ability to fluctuate their singing voice is pretty much murder on a mixer, every time.  Epps does an outstanding just of basically doing the impossible in that respect, lining up what would be tough demands to make the ol’ auto-tuner waves work well in tandem with Damien’s natural uniqueness – make no mistake, it wouldn’t be an easy task, even with the talent that this Thompson guy has.  The only question I think I really have remaining surrounding the use of the digitalized enhancements is whether or not this artist truly needs them at all…for the most part, it’s been a longstanding aspect of Q’s signature style…but with his growing confidence and skillset, he’s also made massively impressive strides forward with his songwriting & singing…and he might have outgrown them, or at the very least, want to start testing the waters without’em a bit more.  Once again, this is all speculation…I’m just surmising out loud here y’all, cause that’s what I am, a big ol’ bearded surmiser.

What’s certain without the least bit of questioning is the bulletproof hooks of this chorus and the absolutely outstanding energy that Damien has got paired with the surge you’ll find there in his vocals – to me, that’s what made this song entirely.  Don’t you go gettin’ me wrong – I enjoy EVERY part it has to offer us, but it’s the electric energy that Q/Thompson taps into that seemed to push this right over the edge in the right way, taking this from being a really good single, straight into being a great one and another verifiable highlight in a catalog that seems to be sproutin’em these days.  “Only In The Sky” is full confirmation that Damien is in for another big year with his music, pretty much whether he goes on to put anything else out or not (he will) – this alone would keep the people out there listening and 100% satisfied.  Like he has from day one though, I’d reckon he’ll continue on pushing himself forward no matter where he’s at in his career – but there’s definitely no arguing against the fact he’s found the sweet spot right now that is bringing out all his strengths as a singer/songwriter straight to the surface.

Find out more about Damien Q from his official homepage at:  http://www.damienq.com