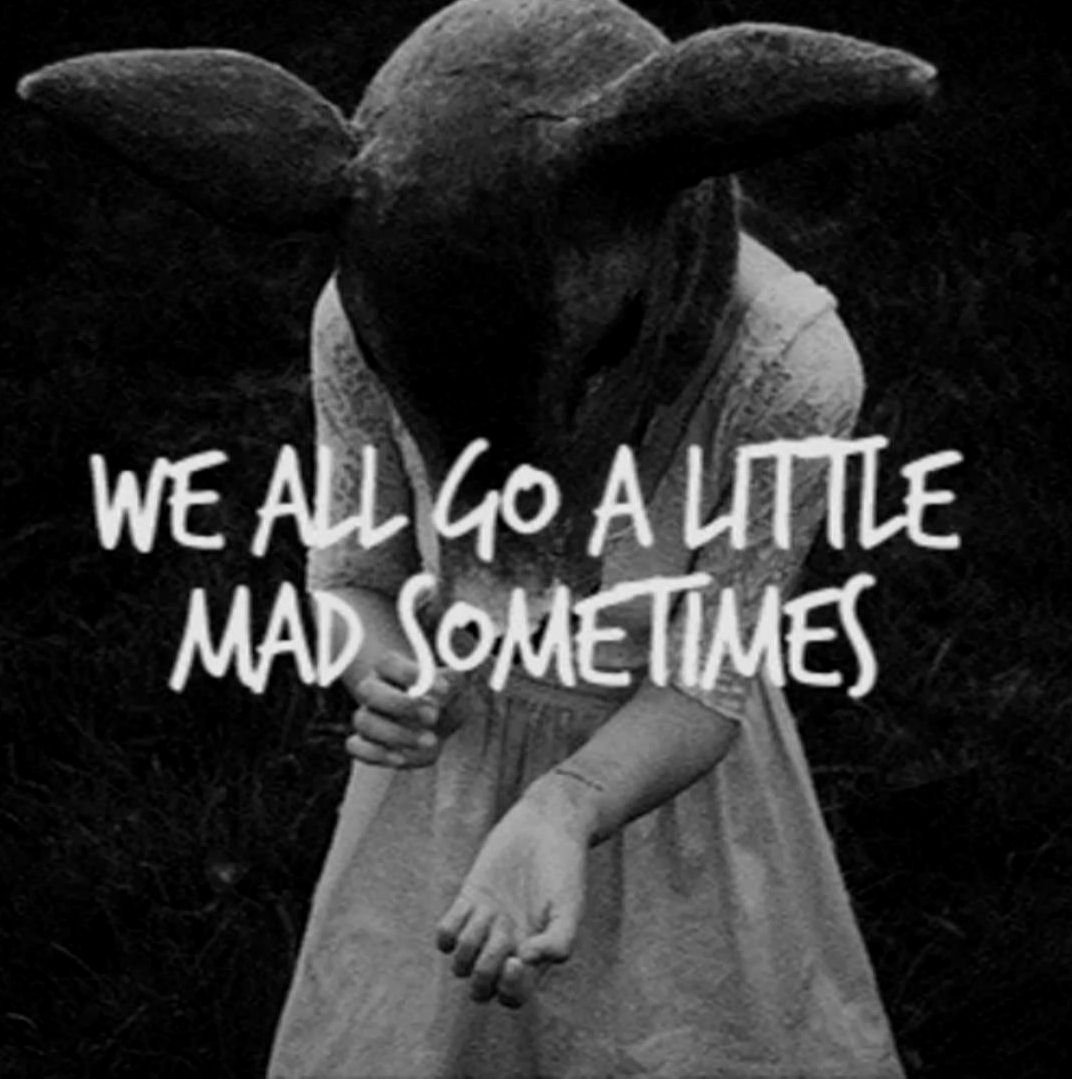 Black Astronaut Records – The Walrus, The Ninja, And The Gypsy From Sydney – EP Review

As promised, the Black Astronaut Records project returns again this month – this time with a new EP.  Charles Luck and his crew bring out some of their best for this release; it features vocalists InZane, Vedo and Gyro giving voice to Luck’s lyrics over six tracks.  BAR got a harder time from me last time out in examining a handful of singles, presumably created around the time of this release…but while that might have turned out with tougher results, I’d venture a guess that it was more of a result of listening to the tracks that didn’t make the cut for this EP.  Makes enough sense to me – The Walrus, The Ninja, And The Gypsy From Sydney came out with the amount of focus, cohesion and vibrant sound required to make a proper dent in our ears.  Smart of BAR to gather these songs together and release them as one entity…these songs sound like they belong together & I’d imagine the results of listening to these dynamic new cuts won’t just make a better impression this time around with me personally, but with anyone out there listening to Black Astronaut.

The focus is sharp on The Walrus, The Ninja, And The Gypsy From Sydney – we’ve got BAR doing what they do best with the precision of word-flow and diverse beats that really sound dramatic, colorful, large and looming…these are BIG beats that make an impact quickly in each and every song.  Rotating through the emcees, Luck has chosen wisely and found the right rappers to make the words really come alive on these six new tracks.  For what it’s worth…the mysterious seventh track that disappeared off the EP during the time I’ve spent listening to the music was the right call to make – so we’ll go with the six.

“Staring At The Ceiling” puts a clever hook into the opening moments that instantly catches the attention.  Threading words into the beat, you can hear the devil in the details on this first cut as rapper InZane lets loose a barrage of Luck’s lyrics that reflect on religion, drugs and the struggle between.  Making an odd but extremely effective comparison…anyone that’s ever been on some of the strong stuff can relate to the “Staring At The Ceiling” idea…what makes this first cut interesting aside from its sound is the closeness of those two driving concepts and how praying would find someone in a somewhat similar mental state, or at the very least, physical position.  Overall though, it’s a great cut to start the record…I think “Staring At The Ceiling” makes an immediate impact through the sick amount of character that InZane brings to the words and gets this EP moving in the right direction right away – but after listening, I know there’s also even sicker tracks to follow.  That’s the kind of progression you want.

When I personally think about the music of Black Astronaut, it’s all synonymous with real precision in the lyrical-department – clever and innovative flows that command the attention when at their best – and you definitely get a dose of that through “Pawn My Kidneys.”  Pretty much as incredible as a track can get, rapper Vedo puts in a highlight performance on the mic here, finding the rhythm and melody within the words perfectly while still tossing out an entire dictionary’s worth of words in the process.  Performance-wise, “Pawn My Kidneys” gets everything and more out of Vedo up front – dude seriously catches fire on the mic over a beat that is sickly designed to bring out his very best.  A song that deals with hard-times & not being dead yet…the fighting spirit of the heart of BAR is on display in the words here; if you read between the lines on this cut you’ll realize it’ll take a lot more than Luck pawning his kidneys to keep him and his crew outta the game.  I fail to hear what else you could ask for on “Pawn My Kidneys” – the beat is supremely wicked and the vocals are as straight-up electrifying as they can get.  No matter how many times I listened to this EP, “Pawn My Kidneys” continued to stand-out for its all-out excellence time & time again…seriously – this is a brilliant cut and enormously satisfying listen.

Vedo continues to bring it on “Jipped By The Gypsy” – again, great choice by Luck to use this particular rapper on this particular cut.  Using that same talent he just put on display on “Pawn My Kidneys” – it’s the tone and confident approach in Vedo’s delivery that takes these songs from goodness to greatness.  He really finds the pulse & life in the bars insanely well; pausing, pivoting and shifting gears through the lyrics – you can tell from the song’s title alone that “Jipped By The Gypsy” and the wordplay will benefit strongly from an emcee that really captures the essence and roots of the rhythm like Vedo does.  The writing is strong here in terms of how the words flow to the EP’s longest cut…both the verse and chorus of “Jipped By The Gypsy” have a wicked amount of hook & pull.  Working with a hypnotic beat that you can get lost right into, Vedo moves the words through this beat with serious professionalism – he’s done an incredible job over this cut and the last and really deserves some massive credit for securing the pure entertainment you’ll hear in the EP’s first half – it’s locked down tight; I like everything I’ve heard.

Even on “Who Is The Ninja?,” I still felt like this cut hit the mark enough to belong in this set, rather than the cutting room floor.  InZane does a solid job on the mic…the beat itself is great; simplified and minimal, the idea really works well…with the sparseness of sound though, I think what might cost “Who Is The Ninja?” is the layout itself.  It’s a tough call…from the beginning with “Staring At The Ceiling” to where the EP rises up to in production, sound, style and atmosphere by the end of “Jipped By The Gypsy” – it’s impossible for the ears not to acknowledge that the record gets dialed-back a bit in energy here.  Nothing wrong with the idea to do that…just not entirely sure that the switch here fully worked; that transition halfway through the record is definitely one you notice.  That being said…why I DID like this track still being included is because the beat itself really does fit this EP and surrounding set of songs…I’m honestly not quite sure where I would have put it in the lineup to resolve the issue…it might even just benefit from a couple more notches of volume to sound like a more natural fit to the record and how it flows from “Jipped By The Gypsy” into “Who Is The Ninja?”  I do think that the hook is one of the most unique on the record and once again felt like InZane tackled the words with real personality and charisma on the mic.

Chances are, the case for the placement of “Who Is The Ninja?” or my comments on production are best explained by the sound of the cuts that surround it.  The vibrant pulse of “Jipped By The Gypsy” before it and the big-beat, snare-snap and chorus chants of “I Am The Ninja” right after “Who Is The Ninja?” is what makes that slight drop in the volume a more noticeable one.  “I Am The Ninja” features Gyro for the first time on The Walrus, The Ninja, And The Gypsy From Sydney…and this emcee’s got style for miles.  Luck has the great fortune of working with rappers that really put personality into the words; I don’t know that it gets any finer than this delivery from Gyro.  Personally, I probably still responded to the tracks from Vedo a bit more for the overall results…BUT…I think Gyro’s performance on this slow-mover is seriously noteworthy.  As far as matching the tone of the vocals to the atmosphere & mood of the music is concerned – you’d probably have to hand the award to Gyro for the way he raps the words on “I Am The Ninja” – he sounds completely like confidence personified and moves so slickly & sickly through Luck’s lyrics from bar to bar.  A solid cut that’ll likely hold up strongly for years to come, expertly produced by Annie Domini Beats.

Some of my favorite lyrics on the EP are right at the end of the final track, “Coming Home.”  I was actually kind of surprised at how much I ended up being alright with this one; no fault of the BAR crew…I just have nearly no use for anything to do with Guns & Roses.  Oddly enough, I probably read and watch more about that band through interviews and biographies & stuff…because their story as a band is absolutely unlike any other.  But musically…like…even the stuff I do like by G&R comes from the Use Your Illusion records…therefore, I’d basically be lynched by any true Guns fan out there for blasphemy.  “Coming Home” makes use of the big beat that fuels the G&R hit “Paradise City” and ends the EP on more familiar territory with BAR coming back to a sample of a well-established tune that people can instantly recognize and vibe to.  And believe me, they do…regardless of any of my own opinions on Guns & Roses, believe me when I say I’m very familiar with the instantaneous reaction and resulting enthusiasm that comes along with the masses hearing this tune.  So in a sense…”Coming Home” has an advantage with its sample-use; combined with InZane’s inspired performance at the end of this EP, Black Astronaut Records ends this set with a reminder of what’s made this project great all along…a track for the true BAR fans out there.  InZane puts in his most notable turn on the mic in this final cut, twisting and turning Luck’s words with an insightful amount of instinct, precision and skill; particularly in the last verse, he adds just enough heart to hear the sincerity of the words…I dig that too.

Obviously still plenty in the tank when it comes to the creativity of Charles Luck and the skill of the crew surrounding him.  The Walrus, The Ninja, And The Gypsy From Sydney EP delivers precision and real entertainment in hip-hop through keeping the beats as intense in their ideas as the performances; great job BAR.