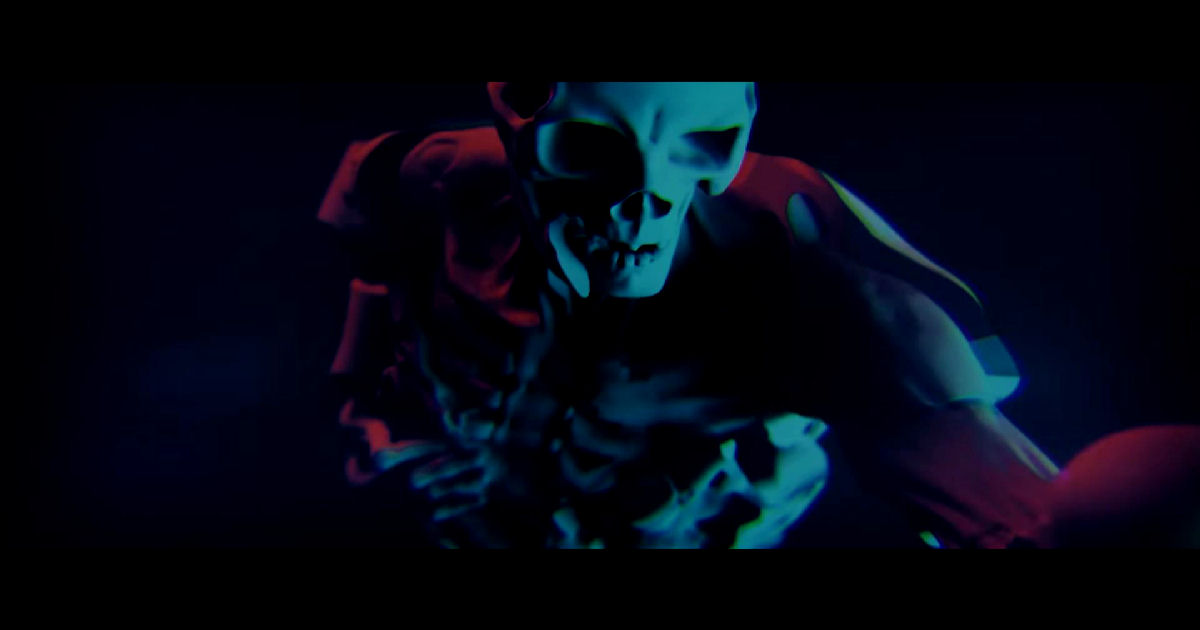 Over the course of the past five years or so that I’ve spent writing reviews and listening to the music that comes through sleepingbagstudios, there are certain names that I’ve come to find are essentially synonymous with quality – and Armada Named Sound is without question a project that qualifies.  Time and again, this one-man music-army by the name of Spiros Maus, finds amazing talent to work with; you can find multiple artists featured on the mic on the Armada Named Sound records and each track that comes out of this project really ends up taking on its own sonic adventure as a result.  On the latest single, “Life In Lofi,” you get the mix of powerful, angelic and soaring vocals from singer Bellabeth, who does a fantastic job through an inspired performance that makes the most of this mysterious electro atmosphere.  I’ve commented on the pulse, pace and menace of this track reminding me of something like “I’m Afraid Of Americans” by Bowie & Reznor in the review we put out on the album Electronica, where “Life In Lofi” comes from, and I stand by that comment…it might apply mainly to the verse and instrumental sections mostly, but you’ll get what I mean.  If not, best you read the full review right here.

And then like…just to make sure that it’s not just right, but also carries that signature ANS approach to creating something that stands out…the perfection you’ll see onscreen offers a uniquely twisted view and a stellar combination of art & music.

What’s not to love about this?  Mavridis displays a serious master’s touch and not only found incredible footage to surround the song’s main star in Clarke, but notice the amount of work put into everything from the colorization to the effects & overall edit.  The movement of this entire video flows so damn well with the song that you can certainly tell that Mavridis has all the right skills required to make something highly effective and wildly entertaining onscreen.  Choices like the Easter Island stone-face dudes were completely awesome!  The definition & color is freakin’ immaculate.  Leona sensually mixes a performance loaded with a combination of sexiness-meets-otherworldliness, shot incredibly well from every angle possible to keep her movements flowingly fluidly onscreen into the other visuals through smartly placed fades and excellent transitions.  Imagery surrounding Clarke like the twisted clock on the wall, the stone idols, the masked beings…it’s all so freakin’ cool to watch; as an editor myself, I’m honestly just as stoked on the way it all moves as I am with the color choices…it’s visual perfection.

And like…I have to tread lightly here because if I get any more excited about this we’ll all be here all week…but like…the liquid-metal humanoid thing in the video for “Life In Lofi” – how AWESOME is that?  I want everyone to really soak that in for a moment…recognize that a movie like Terminator 2 only came out like twenty-five years ago and effects like this cost multi-millions.  This…is a true testament to how far the indie-scene has come – when you see how cool this all looks onscreen…it’s breath-taking.  I’m not saying it didn’t likely cost a thing or two – it clearly did…but we’re not talking James Cameron kind of money anymore, which is ultimately my point.  Same level of quality and ingenuity – just a heck of a lot more affordable in today’s day & age, which is rad.  Armada Named Sound proves right here that the independent scene has all the tools at its disposal now to easily rival whatever the mainstream is doing.

I’m beyond impressed with the stunning video for “Life In Lofi” – and as I mentioned in the intro, I’ve already come to expect a lot from this project.  To see something like this come together so flawlessly onscreen and the extraordinary way the visuals complement the song is truly spectacular – I couldn’t be happier for ANS, the video for “Life In Lofi” is ocular-entertainment at its finest from beginning to end.