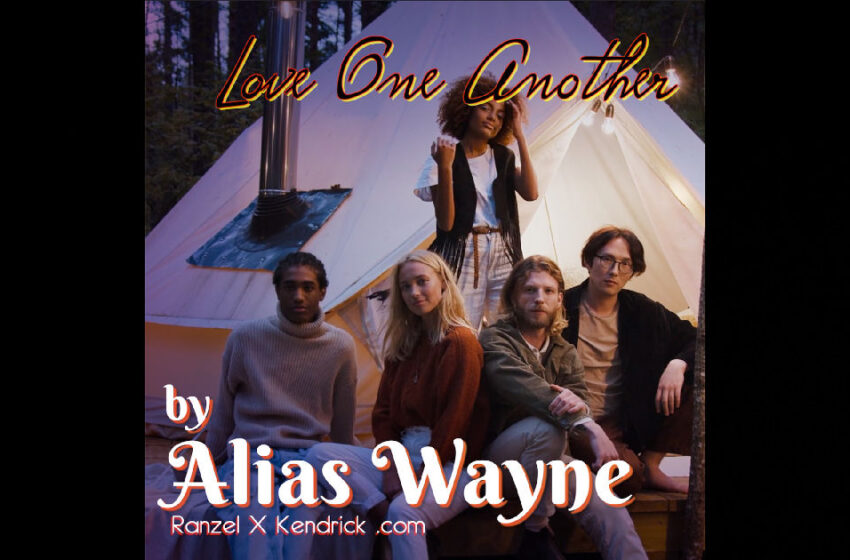 “No one puts Baby in the corner.”

No one puts Jer @ SBS in one either.  I see you Ranzel X Kendrick…I know what you’re up to over there.  Loading up a song like “Love One Another” with sentiment & sweetness we should all just readily agree with…then what’s left to criticize, am I right?  Dude drives a hard bargain in that regard…plus he’s always had a real naturally smooth vibe in his music whether performing as Alias Wayne or in his solo tunes…I’ll be the first to admit, it’s tough to find the will or the want to critique a song like “Love One Another.”

I’d almost rather just rubber stamp it for the guy & say ‘good job’ because what other choice are we left with?

It’s pretty damn Kumbaya man…I dunno.  I’m just not really wired this way in December, of all months.  “Love One Another” is pleasant, it’s nice, it’s friendly, it’s inviting…it’s actually really well-played & performed…and I’m trying to figure out why that doesn’t quite feel like it’s necessarily enough.  I’ve heard enough of Ranzel’s tunes to know this is who he genuinely is, and I can appreciate that.  I suppose I have my moments where I wonder if he’s challenging himself enough as an artist and I’m not exactly convinced this would be the track that accomplishes that either…but that’s all on me, not on him.  Kendrick just continues to glide along, seemingly without a care in the world, doin’ his thang…and it’s fair to say that there’s something truly beautiful about that too.  If we were all a little more like Ranzel and a lot less of a grump like me, this planet would indeed be a much better place to live.  “Love One Another” is like part Marvin Gaye, part Van Morrison…it works well enough…the transition out of the chorus from the music alone is well worth the price of admission, the instrumentation is straight-up gorgeous there.  I like that he’s got the whole all-inclusive thing goin’ on with the backing vocals surrounding him, and the representation you see on the cover art as well…I mean…he’s really tied everything cleverly together.  Is it groundbreaking?  No…but I don’t think that’s the artist Ranzel sets out to be in his solo tunes or in his work as Alias Wayne either…that’s just not the mission he’s on, man.  Can the planet stand to hear a lot more of this kind of caring sentiment expressed in all forms?  Sure!  I think we can all agree on that part.  It’s an easy-goin’ tune, with great ideals & morals at the heart of it all, and if that’s your jam, then I’d imagine you’ll have no problem at all diggin’ on into this.  Every time it starts up again on my playlist, and you get that instant hit of Soul sound in the mix, I gotta say…highly enticing.

So…ultimately, no real objections here.  The bass-lines are spectacular, the production is right on-point, and the intentions of a song like this are nothing but good ones.  Some of the backing vocals are outright award-worthy too, though I’ll concede there’s a bit more of a variable spread in what you’ll find overall.  Other than that, it’s really just about personal taste and whether the positive spirit that resides at the heart of a song like this is what you’re looking to listen to in the music you’re spinning, and for many of you, it will be more than welcome I’m sure.  It’d be like hating on a rainbow for no reason if you didn’t like at least a little bit of this tune…and I’m not capable of that, not even in December.  I’m sure you’ll find something to like about “Love One Another” whether it’s the sentiment or the sound, Alias Wayne has good energy and vibes running deep throughout this single & I’m sure that’ll connect with listeners.