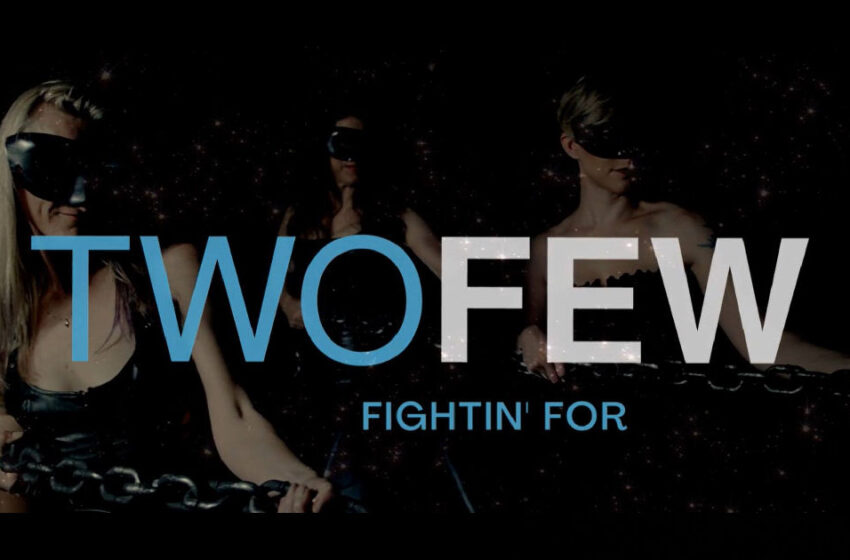 You’ve probably done a whole lot of cool things with your life, but have ya ever really made a 1825-day commitment to something?  Anything?  Unless we’re counting breathing…I suspect outside the things we kind of naturally go forward with…relationships, employment & whatnot…the chances are probably real slim.  Ahhh…I see a hand up in the back there.  Yes?  You make model trains and fashion little towns out of clay?  That’s cool!  Oh!  There’s another over in the corner – yes, you?  Right on!  You say you knit sweaters AND the person right next to you have been involved in high fashion her ENTIRE life?  Well that seems impressive!  But you’re all still not getting it.  We’re talking about 1825 days spent on ONE project – so unless you’ve ever sewn one item of clothing for that long, or glued that many pieces onto ONE tiny locomotive (*choo *choo!) for FIVE YEARS straight…we are indeed, talking about completely different things.  Apples and oranges, as they say – TWOFEW has literally spent the length of time we’re talking about on their brand-new video for “Fightin’ For” – and you gotta give’em major credit for sticking with a project that’s as ambitious, clever, and well thought-out as you’ll find their latest release genuinely is.

For you see folks…foresight is such a rare commodity, but such a priceless one if you’re lucky enough to have it.  The duo in TWOFEW, arguably have quite a bit of it.  Michael and Danielle Lazar are a husband & wife team…they might have a different perspective on that & what the day-to-day reality really is or what it feels like – but from the outside looking in, you gotta admire the commitment in TWOFEW in taking on such an incredible endeavor, and even more for the way they’ve put that all together onscreen in their new video supporting “Fightin’ For.”  We’re talking about REAL dedication y’all…over that five years, they shot for more than 100 full hours over fifteen sets & locations around Arizona, gathered footage from live shows…went through five videographers…three separate castings…I mean…the credits you read about in the making of “Fightin’ For” give you the concrete proof of just how much work they’ve put in, and thematically in the video, you could argue the same as well.  When it comes to the love they share and the music they make, Danielle and Michael are nothing BUT committed – and despite all the ups & downs to be found in the span of five years that you’d find in any relationship or ambitious project – not only did they persevere, and get this shiny new video DONE after all that time – but they did a fantastic job on it AND they still love each other as far as I’m aware.  So for all of you couples out there that think the five minutes a day you can stand your spouse for is a verifiable win – I’m just sayin’ that before you go out celebrating that fact – look at what these two have truly accomplished.  Recognize it for the achievement that it is.  They did all of these amazing things while life was still busy surging along as it does in the background at the same time, and they not only survived to tell the tale, but they came out with a real win for art, music, commitment, dedication, and “Fightin’ For” what really matters.  Nothing good comes easy…isn’t that how the old saying goes?  Well there’s nothing about making a video over the course of five years that would be anything close to easy – so this has gotta be awesome right?  I can confirm – that is indeed the case…the results sparkle & shine, the visuals have the depth to rival the sound…”Fightin’ For” makes an impact; and they should be entirely proud of this new single/video they’ve got out there into the world at long last.  It’s no ordinary moment – it’s a milestone.

And for what it’s worth, I think this is undeniably the best song I’ve heard from them so far, best video I’ve seen from TWOFEW too, without question.  I know what you’re all thinking – that’s an easy thing for a music-reviewer to type after knowing the ins & outs of such a monumental effort, right?  Take it with a grain of salt if you wanna – but I speak nothing but the truth here on these pages y’all.  This ain’t my first experience with the music of TWOFEW – and believe it or not, I wake up with the hooks of their single “Dreamin’” in my head almost every second day of any given week, and have since December of last year when we featured it on our pages in review & in a separate video post as well.  I’m just pointing out the fact they’ve long proven themselves in my world as stunning songwriters that know their way around hooks that connect & the vision they have for their sound – so having them up the ante even further with such an enormously ambitious project like the making of “Fightin’ For” was a serious treat.  Don’t get me wrong…it’s always my hope that you artists & bands continue to evolve and grow – but if I’m being realistic with ya, that’s not nearly how it goes in most cases.  TWOFEW has definitely continued to shape their sound in the right direction with the weight you feel in the emotions running through “Fightin’ For,” and there’s no denying the efforts they’ve put into the video supremely paid off.  In short – yes – I very much like what I see & what I’m hearing outta these two right now in 2021 – I felt like “Fightin’ For” speaks volumes on behalf of the passion & commitment they bring to their music career, and to each other in their relationship as well…all-in-all, it’s a powerful & beautiful experience.

In short, we’d all be lucky in this lifetime to find a love like these two share.  I ain’t gonna lie to ya folks – most of the time I run into husband/wife duos in music or family-based projects, I end up nestled right into a lot of well-intentioned, cringe-worthy tunes in the process – but I’ve never felt that way about the music of TWOFEW at all.  They make music from the heart – substantial stuff…with emotions you can relate & connect to – the kind of feelings you’ve felt yourself but never quite knew how to express, or had the courage to put it all out there into the world as fearlessly, openly, and honestly as Michael and Danielle are able to.  The music’s great, the vocals are stellar – the songwriting is superb – and we know that’s the truth, because a song like “Fightin’ For” is one that you can authentically feel hit ya in the heart – for better, and for worse.  You ride right through the ups & downs, trials & tribulations they’ve experienced – but you’ll notice one significant thing perhaps beyond all others by the time it’s all said, sung, and done…which is that they’re not only still here, still together, and still madly in love with each other – they’re also thriving inside of a band that’s built on something so much more real than most will ever be.  From the connection to each other, and how that runs directly into their music & videos like “Fightin’ For” – Danielle and Michael have gone all-in…commitment like this makes you wanna stand up and cheer, straight up.  Their music…their relationship…their happiness in LIFE – these ARE the things worth “Fightin’ For” – they’re leading by example in terms of commitment to the craft and to the bond shared between them – a dedicated effort like this should have you inspired to fight for the very same.

I will have more to say about TWOFEW and their new video for “Fightin’ For” on the next episode of SBS Live This Week coming out soon!  In the meantime – make sure to check this talented couple out and learn more about the music of TWOFEW at their official pages below!