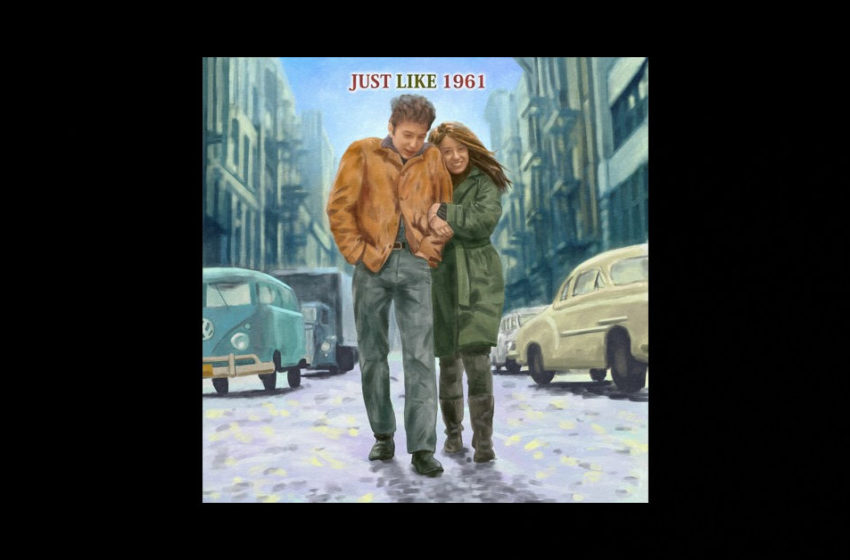 Alright…alright music-scene…I get it, I get it – I didn’t know nearly enough about Bob Dylan before this week had started and that secret was made clearly earlier this week in my review of Vargen’s latest record.  As it turns out, I still had more to learn; I just didn’t know it yet…and then here comes Turfseer with another song from his recent record The Virus Is My God that had me discovering even more of his story through the ties you’ll find threaded into the entire theme, lyrics, and sound of “Just Like 1961.”

And lemme tell ya folks…this one really hits the sweet spot.

I’m a big fan of clues in music.  I ain’t gonna lie to ya either, I have my days where it’s nice to have the full story & details all laid out for me too, but overall, I tend to enjoy the thrill of the hunt and doing my best to figure out what inspires a song’s existence.  When observing Turfseer’s new single, you get your first clue right there in the title, “Just Like 1961” – and immediately that had me curious.  What was “Just Like 1961?”  Right afterwards, I found a short sentence accompanied the song; at the posting on Turfseer’s page at Soundcloud, a description of this track said “A tribute to Suze Rotolo.”

Now admittedly, as I revealed in the opening paragraph – YES…I probably should be well-familiar with Suze’s name at this point in my music-journalism career.  We’ve already established that I wasn’t, so let’s move on…I’m doing my best to catch up on my history here.  There are many impressive lines written into the lyrics of “Just Like 1961” – but as I began to really learn about the story of Suze Rotolo and the role she played in Dylan’s music & life, I couldn’t help but realize the true awesomeness to be found in this tale and recognize every reason an artist like Turfseer would choose to right about it.  “Where has the time gone?  My you were quite a pair…” was a great way of summing up how I felt about this whole story by the time I had an idea of what it was all referring to; I felt like I truly missed out on a very important moment in music’s history…and that last part of the line is a conclusion we all have to draw to in knowing the tale of Rotolo and Dylan.  They were indeed “quite a pair,” no doubt about that.

To fully understand the relationship of Dylan and Rotolo is to understand the genuine feeling of the lightning-bolts of inspiration, respect, and love.  According to legend and the world according to Wiki, Suze was Dylan’s muse/girlfriend from…wait for it…1961 to 1964.  Personally, I take the word ‘muse’ incredibly seriously…that’s a descriptor you assign only when it’s absolutely true…I might be foolish to assume that other writers would give it the same amount of importance & weight, but I do all the same.  So to see that, visibly in-print, to me equates to simple math – no Rotolo would directly equal a whole lot less of the amazing tunes in Dylan’s catalog.  And in that respect, there’s no argument from me – if that is indeed the role she played in Bob’s life, then when it comes to music, she’s an undeniable hero.

Keep in mind also, the important detail that, Bob’s debut self-titled record came out in 1962.  You’d have to at the very least assume that Suze was there for every moment leading up towards the release when she wasn’t busy invested in the fierce political activism that had Dylan falling in love with her in the first place.  Essentially, you’d be listening to that power of inspiration, respect, and love I referred to earlier throughout those first Dylan records…and it’s safe to assume they’d be a pure reflection of his relationship to Rotolo and the world around them at that time.  Apologies to the 99% of you that are fully familiar with this story already…all of this was new to me and really quite exciting to learn about.

Then I went back to the title of Turfseer’s song and it felt like everything I’d learned, combined with the lyrics in this new single, all suddenly snapped right into place.  The biggest clue to fully understanding “Just Like 1961” was actually right there in the title all along.  Consider what’s being said there, and consider the timeline of the events – and imagine what it would be like to be with Bob freakin’ Dylan POST-1962!  It would be monumentally insane to be the other-half of a person that becomes an icon; from Yoko Ono to Courtney Love, we’ve got firm examples of how tough that role truly can be.  So the idea that, you’d look back and reflect on the blossoming and beginning of that relationship BEFORE it became so complicated & complex and involuntarily thrust into the public eye…is quite beautiful.  Think about it…”Just Like 1961” when Suze & Bob were still free to be exactly that, and nothing more.

“They wanted a piece of you, just to get to him,” is one of the most crushing lines you’ll find in this song as a result of knowing the full story and recognizing the brutalizing price of fame.  There are so many unintended consequences in an artist’s life…and success in one’s craft can often lead to personal failures in the process.  It’s hard to argue that the dissolution of Rotolo & Dylan’s relationship is any kind of failure whatsoever after generating & inspiring such an incredible part of music’s history – but you get what I mean.  Love is hard enough to begin with…I can’t even imagine what it’d be like with the world watching your every move.  As Bob got more & more popular with listeners all over the globe, that special intimacy they once shared between them, unfortunately, eventually becomes shared with us all.  Most crucial perhaps, a line like that ultimately speaks on losing your own identity & self-importance – the very idea that people would only want a piece of your time to hear your thoughts on someone else…I mean…YUCK…not only is it gross & icky, but it’s also a genuinely heartbreaking reality & what life became for Rotolo.  Quite honestly, it’s a fate that I wouldn’t even wish on my worst enemy out there.

In looking back at the beginning of Rotolo & Dylan’s relationship, how it began, how it transformed, how it ended…Turfseer’s done an exceptional job of bringing this story to life in vivid details that’ll lead you to a beautiful understanding of the power of the love they shared, and the chaos of the world around them.  Even at a time when “revolution was in the air,” you genuinely feel the calm & serenity we experience in love flowing all throughout this song and the innately chilled-out, comforting vibes it creates.  Featuring an absolutely wonderful performance from guest-star/frequent collaborator Jon Statham…this would be one of those examples of a tune I wouldn’t dare attempt to mess with or offer some kind of opinion on how to adjust one way or the other – I think this song came out just as it should have, shining.  Art inspires art…and that’s exactly the case when it comes to “Just Like 1961” whether you examine the way Rotolo lived her life and the role that played in Dylan’s music, or the very fact that you’re listening to this tributary song by Turfseer today.  The execution is there…Statham gives an extraordinary, humble & down-to-earth performance that keeps the spotlight on the storyline, while also keeping the melody in-check and the transitions from verse to chorus shimmering with an audible sheen to the music that truly sounds like it contains all the inspiration, love, and respect you’ll find in the accompanying words.  All-in-all, you dedicated readers know I love listening to music that gets my wheels turning, and “Just Like 1961” not only sparked my thoughts, but it also moved my heart in the process; this is a very sweet song at its core, with sentiment & storyline that couldn’t possibly be missed.

Find out more about Turfseer from the official pages below!