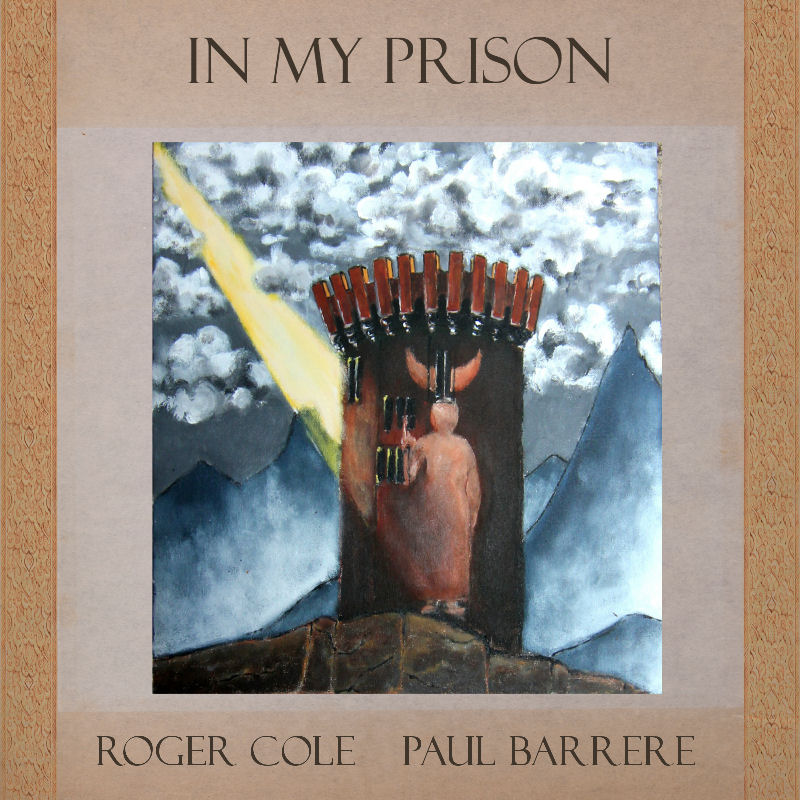 Sometimes it’s just rad to have something that sounds cool.  As in, last time with Roger Cole’s solo-single I read like, waaaaaaaay too much into it.  Back with his regular cohort Paul Barrere for their new song “In My Prison,” they’ve created an atmospherically excellent tune that is a real highlight for their style, sound & instrumentation.  I’m sure there are layers of personal meaning behind “In My Prison” as there is likely with any song…though admittedly, this track does seem a lot more universal than Cole’s last single “Final Curtain” – this new song from the reunited collaboration allows for more interpretation.

The boys have got a lot going right for them here…and it starts with the pacing and space in this song.  “In My Prison” is really well mapped out; lots of space for the instrumentation to shine – and it does.  From the thick bass-tones from Roger that drive the rhythm & groove to the purely wild guitar solos from Paul – this track reveals its elements nice & slowly as different parts are mixed in, resulting in an atmosphere that has a classic sound & vibe without reaching too far back.  Relevant for today’s music, “In My Prison” has just enough of an alternative edge, or Pink Floyd-ness to it that I can definitely hear why people would dig this new single of theirs…they’ve got something with widespread appeal here.

But I maintain…it’s the movement and structure that lead these guys to victory this time around.  Those bass-lines really lead the way with confidence – I’m loving those.  The keyboards from Cole as well, they add a ton of flavor and character into this tune…listen to the way these two elements really fill the space while Paul does his guitar-thang around the 2:30 mark with a brilliantly played solo.  It should be noted – this ain’t the boys first rodeo…they certainly know where their strengths lie and get the best out of themselves and their defined roles in this project by sticking to doing what they both do best.  Another way of saying that, is that they’re playing it smart – the results are in and they’ve got themselves another solid tune here.  The groove on “In My Prison” is massively thick and completely appealing.

Cole’s lead vocals are on-point…kind of sounds like Tom Petty a bit, only in a Pink Floyd realm where the sound is twisted, bent and fantastical – I’d assume that for what he was looking for on this song, he’s nailed the tone he’s after.  Everything seems to fit really well here…you can tell the boys are feelin’ this one and Paul’s backup vocals hit those harmonies perfectly.  Together they sound like they’re ‘right in the pocket’ here and they keep this one tight through their performances and shared duties in production.  Some artists/bands have trouble self-editing or working together when it comes to the studio-side of life – not these two guys…maybe they might have at one time but things have been rolling in the right direction for Roger & Paul for some time now.  “In My Prison” is no exception to their recent winning streak – I think they’ve got another solid tune here that doesn’t sound desperate to light the world on fire…a track that just has the sly integrity of just being a really damn good song.

So yeah…lyrically, it’s got some rad lines and some ambiguous lines that’ll lead you to your own personal meanings and insights…I’m backing off on that department this time around with my conspiracy theories!  For me, “In My Prison” was all about the smooth groove and subtle-intensity that drives this new single and how it’s paced & played to perfection.  They do a great job of keeping it entertaining…essentially there’s something of quality to listen to in every facet of the song from the writing to performance to production – no complaints from me, “In My Prison” is a solid cut.