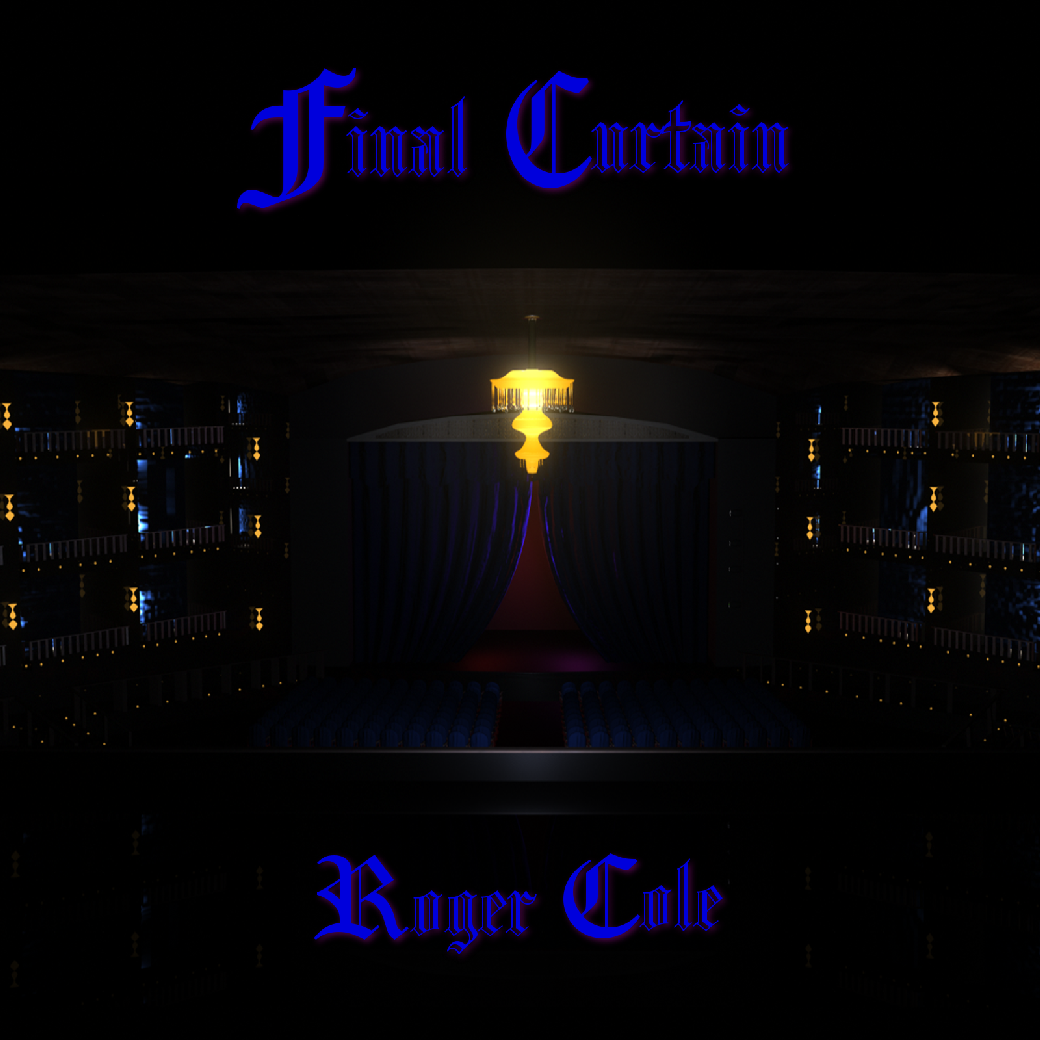 So here we are with the latest single from Roger Cole &…

Hmm.  Sorry…just hang on a second…not sure what’s up with my keyboard here.

…the latest single from Roger Cole &…

Oh!  My bad.  There’s no & at all!  We’ve got solo Cole in review for the first time after having reviewed his main project as duo Roger Cole & Paul Barrere here at SBS multiple times – and it seems as if he’s gone the extra mile to really make this new song of his an interesting, multi-layered cut that delivers a potent rhythm & groove in addition to words that will certainly have you looking into their meanings.

For the many people out there that don’t know the full-story…mind you, I don’t exactly myself either but I’ll let you in on what I know…Roger had a fall in 2013 that resulted in a severe lumbar disc herniation that occurred above a pre-existing twenty year-old spinal fusion.  Dude’s been through multiple surgeries at this point and basically living with pain each and every day since, as far as I understand.  And that ain’t right…no one out there should have to be in pain every day; the fact that he continues on and boldly makes music with every minute he can spare should serve as a constant inspiration to us all.

Nothing can keep him away from the music…nothing slows his creativity or will to make MORE of it – but at the same time, with a song like “Final Curtain” – you have to certainly recognize that Roger has stared down the face of his mortality head-on and perhaps realities or perspectives are changing as a result.  I honestly found “Final Curtain” to remind me more of a song like Queen’s “The Show Must Go On” than anything else…even though the two songs are in completely different styles, thematically these objects might be closer than they appear in the mirror.  There are many clues inside this song that, if written from an intensely personal place as Roger often does…might actually cause genuine worry amongst his fans.  The lyrical imagery & descriptions in the emotions and feelings experienced in the main storyline of “Final Curtain” are heartbreakingly real, brilliantly insightful & honestly observational.  I dig the rhythm of the muted-strings and the kick-in to the song’s main energy & riffs…the beginning of “Final Curtain” is super-strong and the groove in this beat never quits from there.  Solid transitions, harmonies are well-placed and the overall ideas of this song are truly bulletproof; it might be a little lower-fi in the production than some of the tunes I’ve heard from RC & PB together – but that might be purposeful as it seems to really fit the style of the sound of “Final Curtain.”  I had a few moments where I felt like the drums from Joe Travers might be gettin’ a bit chaotic back there…but most of the time I appreciated the added energy, enthusiasm and power they put into this tune.  Roger has fantastic moments on the vocals in this song, both in the verse itself and even more exceptional moments within the backing-layers where he really lets it out with tones and ‘ohhhhhhs’ that fit the atmosphere 100%.

Now…I’ll offer one last weird piece to my theory and still hope along with you all that maybe I’m just plain wrong about ALL of these assumptions and reading way too much into this song…and that’s the solo-aspect here.  We’re plenty used to the duo of Roger & Paul…to go it alone after all this time…and to call that single “Final Curtain…” well…you combine that with the heavy themes of the lyricism in this tune and you’ve definitely got valid reasons for concern for its creator.  Though if anything is to throw you off thinking about all this, it’s absolutely the heart & passion that’s put into the way this song is performed; “Final Curtain” is almost deceptively vibrant and alive.  So it’s hard to say overall…perhaps Cole has written this song slyly in reference to someone else…even if that were the case I would certainly still argue that he’s smart enough as a writer to know that the situation COULD be looked at as I’ve been examining it here in review and that many of us out there that know his music would be wondering what the story behind this one really is.  In any event…he’s definitely got me thinking…a bit of mystery in music is always a great thing to have…and I suspect that the real meanings in much of “Final Curtain” are probably well-beyond my own comprehension and that we as listeners could dig into this one with theories abound for years and years in conversations.  Don’t ever underestimate that…that…I don’t even know what you’d call it but that thing where bands/artists end up writing something that we might not fully understand or get every layer to at first…sometimes we don’t even realize those extra layers are there until we hear a song at just the right time where its meaning is trying to reach out to us…but there’s value in those depths and even deeper meanings worth mining for.  Those layers lead to longevity…tunes we almost can’t absorb fully in just one spin no matter how hard we’d try…”Final Curtain” gives you every reason to return to it and listen again to try and discover what the full story on this song might actually be – or for those that really want to trip right out…how it relates to our own lives, loves, music & mortality.

I will leave you with some of Roger’s own words to end this review today…because I think in a way this particular line says a lot about him and his endless passion, respect and love for music…perhaps even a strong hint as to why he’s doing all that he does & gets out of bed the next day to do it all again but twice as hard…  He says in the song’s chorus:  “The story’s long since over, but the encore never ends.”

The music will always live on.  Long may you run brother-man.